The workout which got Michael B. Jordan in shape for Black Panther

Black Panther hit cinemas last week and at the time of writing, is sitting pretty with a 97% rating on Rotten Tomatoes and a 7.9 rating on IMDB.

As our own resident movie expert Rory Cashin wrote in his review of the new movie (which you can read in full here)...

"The movie has an IQ pretty much through the roof, as we're given an amazing villain in the form of the terrifically charismatic Killmonger (played by the terrifically charismatic Michael B. Jordan), and the over-arching theme of the movie - sons paying for the sins of their fathers - is much more Shakespearean and lofty than the usual 'There's a portal over the city and the hero needs to blow it up'."

END_OF_DOCUMENT_TOKEN_TO_BE_REPLACED

He gave out special praise for the performance of Michael B. Jordan for his role as the villain in the movie.

But one of the things that contributes to a sublime acting performance is that fact that Jordan very much looks the part of the villain in the movie. 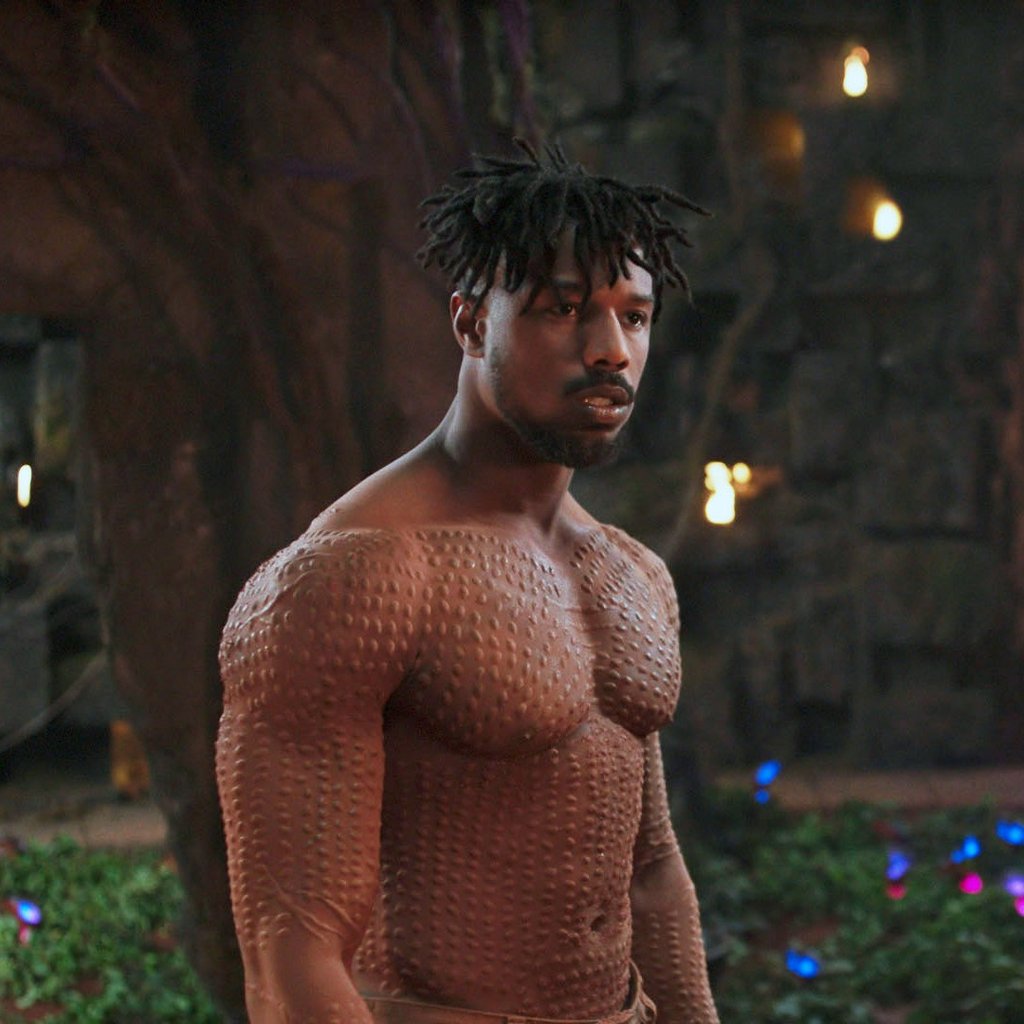 He managed to get into such great shape for the movie with the help of celebrity trainer Corey Calliet, who has worked alongside the actor since Fantastic Four back in 2015.

Recently, Calliet spoke with Men's Health where he went through the process Jordan used to hone his body for the role in Black Panther.

"I'm talking about sculpting a body, not just trying to condition it to be fast," Callait said. "I wanted to make his shoulders look better... I needed his upper chest to pop. I needed his back to tell a story. I wanted his back to look like a globe, like a map."

END_OF_DOCUMENT_TOKEN_TO_BE_REPLACED

There are no secrets to sculpting his chest and back, Calliet said he just went back to basics with a lot of weight.

"[We did] a lot of old-school bench presses, lat pulldowns, deadlifts — nothing fancy, just really contracting the muscle," Calliet said. "We lift heavy — a lot, a lot of times."

When the duo first began their working partnership, Jordan "could barely push 25 pounds," Calliet said. "By the time we got to Black Panther, he was doing 115-pound dumbbells." A few times, the actor went as high as 315 pounds in total.

But of course, you can lift all the weights you want, but getting in shape starts in the kitchen.

While we don't have an insight into what Jordan ate to prepare for the role, we do know what Alexander Skarsgaard ate to get ready for playing Tarzan.

Dublin Marathon cancelled for second year in a row

END_OF_DOCUMENT_TOKEN_TO_BE_REPLACED

Skarsgaard did a 12-week clean bulk to add muscle mass before completing a four-week cut to get him ultra lean for the film.

Here's a snapshot of his diet, although, unless you're doing some serious, intense workouts, it's probably not a good idea to be eating quite as much as this. 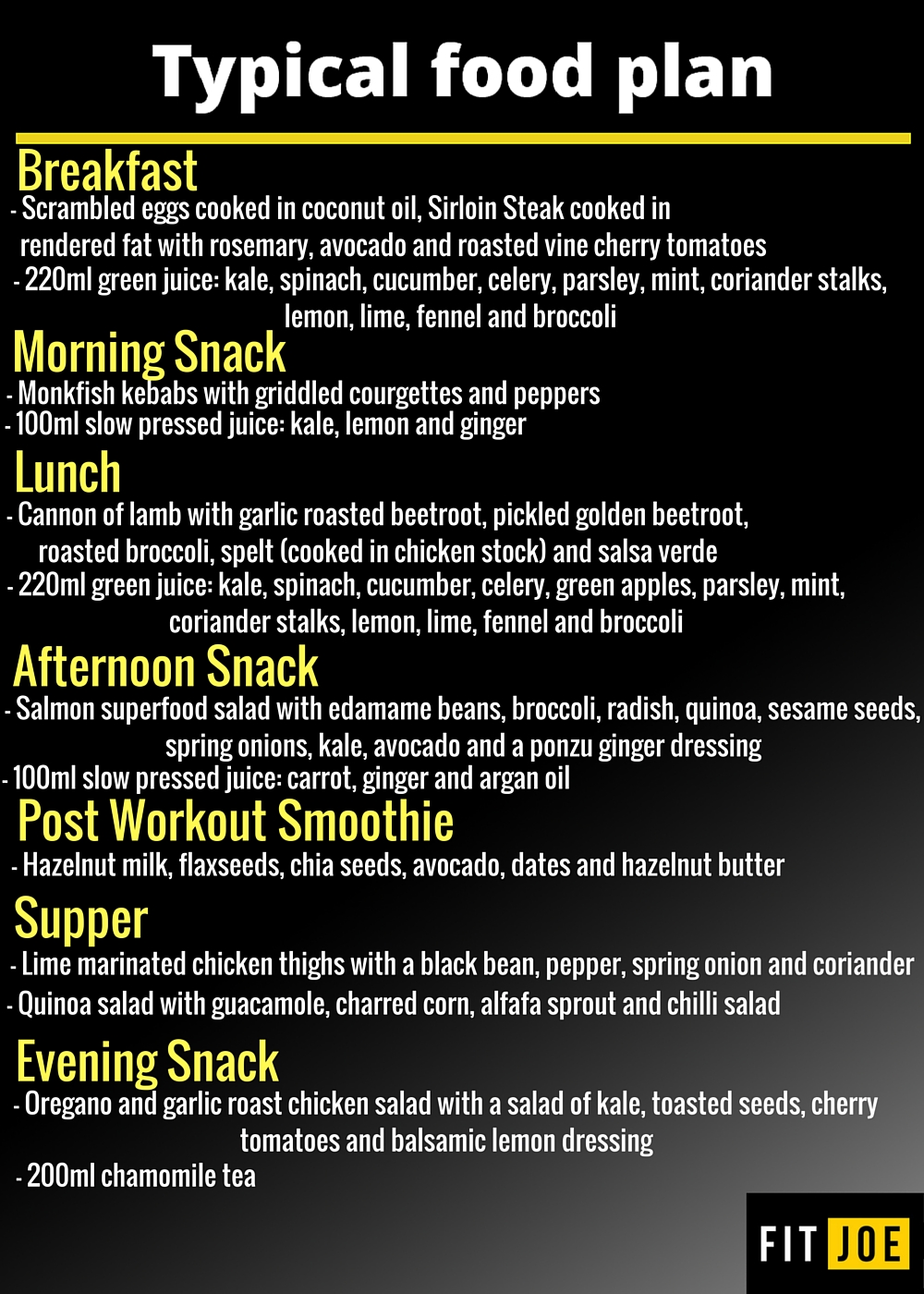 The Big Reviewski || JOE · The Big Reviewski with Andy Serkis, Squid Game follow-ups & the return of Succession
popular
New €140 million road officially opens today, replacing one of the Ireland's most dangerous roads
Expert wants 10 antigen tests delivered each week to every family this winter
QUIZ: Can you master this General Knowledge Quiz?
The cleanest towns in Ireland have been named
10 things I learned while rewatching the first two seasons of Succession
The JOE Friday Pub Quiz: Week 265
The JOE Movie Quiz: Week 124
You may also like
1 week ago
COMPETITION: Win €250 worth of cool gear from the Gym+Coffee autumn/winter collection
1 week ago
FLYEfit to open four new 'super gyms' as part of €10 million expansion
7 months ago
Popular gym supplement found to be ineffective at building muscle
7 months ago
The Rock's leg day routine is one of the toughest workouts ever
7 months ago
Get moving this April and raise funds for a good cause with Focus Ireland's virtual marathon
8 months ago
Exercise instructor does aerobics class while military coup takes place behind her
Next Page