Over 25 million votes later, the public have named God Of War the best game of all time

Unsurprisingly, there are two Grand Theft Auto games in the top 10.

While there were some golden oldies in the mix, including Tetris, Rock Band, Mario Kart, Final Fantasy VII, GoldenEye, Resident Evil 4, Halo 2 and Super Mario 64, as well as what many perceive to be "the most popular games in the world", including Fortnite, Apex Legends and Overwatch, in the end the top 10 spelled out very clearly what gamers want the most from the games. 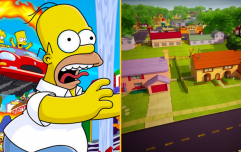 END_OF_DOCUMENT_TOKEN_TO_BE_REPLACED

Specifically, well-written and beautifully crafted single-player campaigns came out on top, with eight of the top 10 slots fitting that description.

And in even better news for those who put God Of War at the top of the list, the sequel is inbound, with the first gameplay trailer showing off some impressive action for the 2022 arrival: 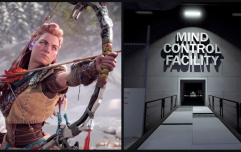 END_OF_DOCUMENT_TOKEN_TO_BE_REPLACED

Our placement of the ten top 10 is based on the percentages to each took in their final rounds, so as we see it, here are the top 10 games of all time, as picked by the millions who took part in the public vote:

3. The Legend of Zelda: Breathe of the Wild

You can check out IGN's full leadership winner's board right here.