Assassin’s Creed Valhalla review: The best in the series so far

And after having the privilege of playing the game over the past week or so, I can confirm that Valhalla is the best one yet.

END_OF_DOCUMENT_TOKEN_TO_BE_REPLACED

In the game, you play as Eivor (AY-vor), a male or female character, and start your journey in a viking settlement in Norway with your adoptive brother, Sigurd.

Sigurd is set to become a local king, until the unification of Norway under King Herald, who gives Sigurd a choice: Bend the knee or leave.

Sigurd, not willing to bend, convinces Eivor and others from their Viking clan to seek glory and a new home in Anglo-Saxon England. It is here where Eivor, as well as fellow members of the Raven Clan, uncover the mysteries leading to the main story arc.

END_OF_DOCUMENT_TOKEN_TO_BE_REPLACED

A key part of life as a Viking is raiding, and boy do you raid!

You raid so many towns and villages (all of which are unique, no copy and paste jobs here) to collect key items to bring back to help grow your own settlement.

That settlement is essentially your base for the game and it goes without saying that you’ll want to continue building on it as you’ll return there a lot.

END_OF_DOCUMENT_TOKEN_TO_BE_REPLACED

Also, make sure to keep an eye out for ancient texts hidden throughout the map, which will help build your character outside of the game's standard skill tree. Admittedly, the skill tree has its own issues, so the ancient texts are a must.

Oh, and best wear your stealth hoodie as the Saxons aren’t too welcoming to Vikings. Trust me. 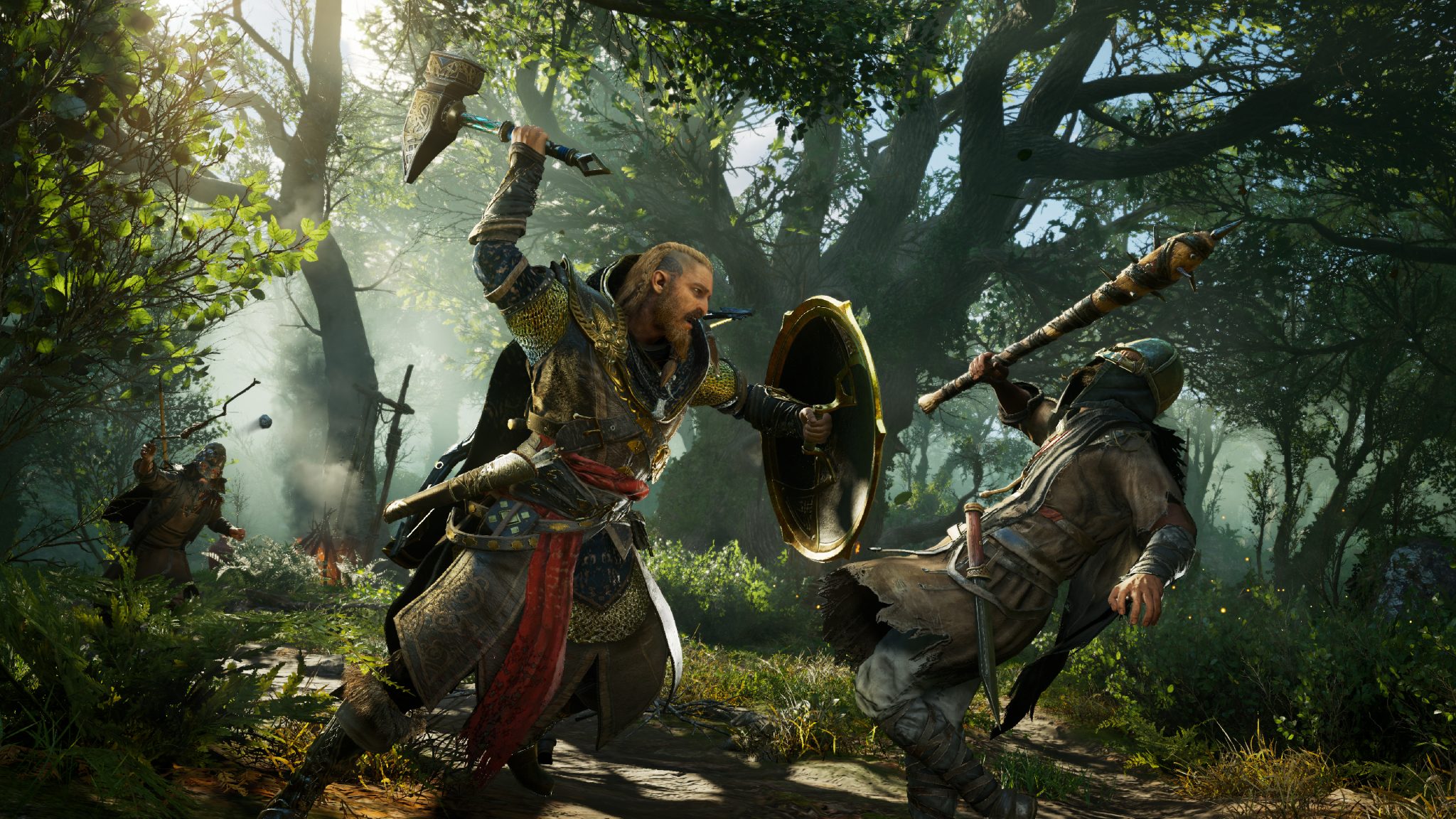 The combat mechanics have been upgraded and improved on yet again and they are loads of fun. And, true to the game’s origins, stealth is back in a bigger way than in previous titles.

That’s not to say you have to focus too heavily on stealth as the game focuses a lot on direct combat. But where you can be stealthy, I would certainly recommend it; this is Assassin’s Creed we’re talking about after all.

It’s also important to mention that this is the most brutal Assassin's Creed there has ever been, so expect a lot of gore.

Just imagine what you can do with double-headed axes!

Assassin’s Creed Valhalla is a breath-taking experience from the get-go and I’m not just talking about the graphics, which look stunning on both current and next-gen consoles. 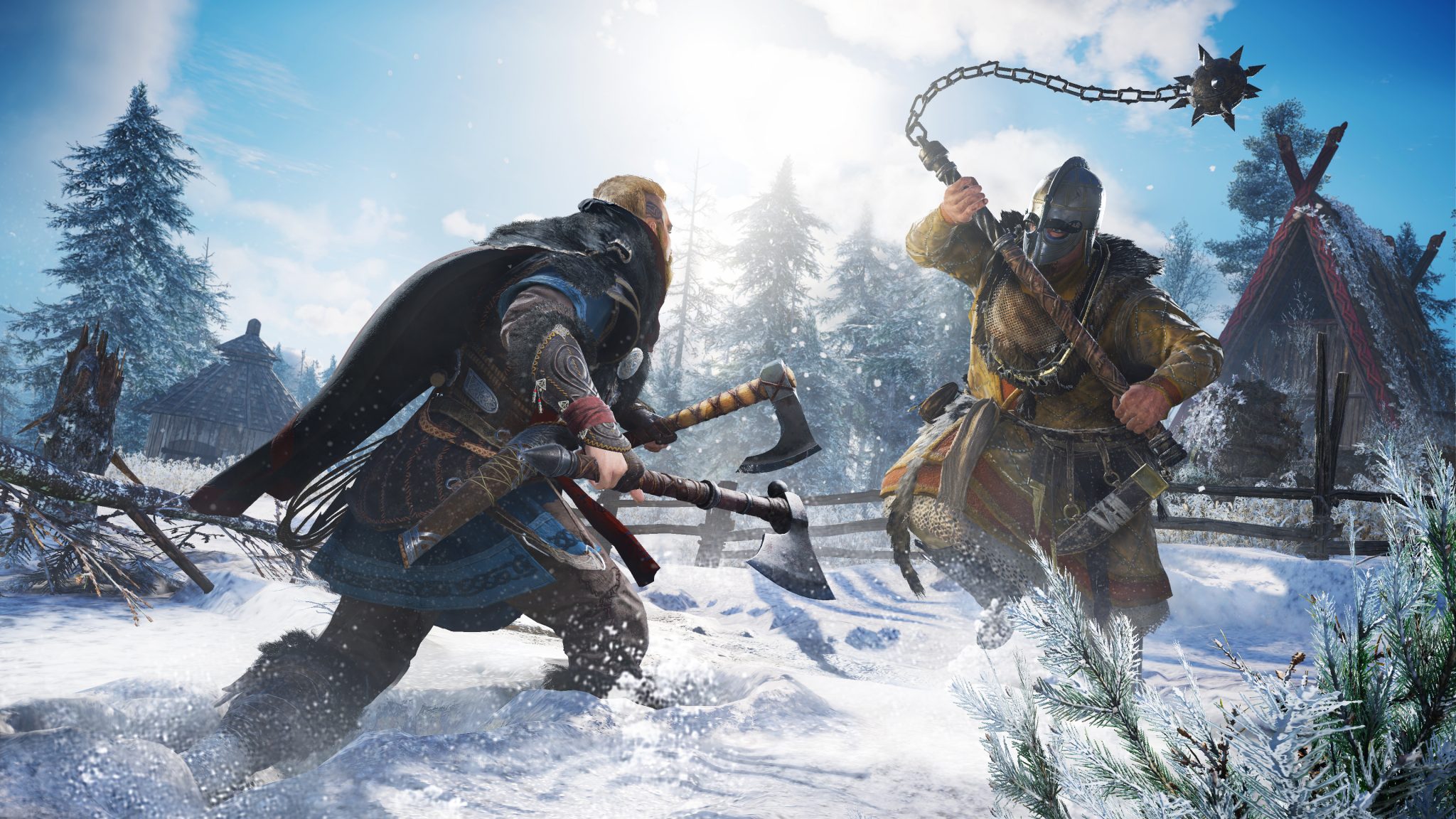 The sound design is absolutely incredible too, making for a full immersive dark Viking gaming experience.

All you’re missing really when you’re about to sit and play is your own horned helmet.

Unless of course you've got one lying around the house.

Verdict: I’m giving Assassin’s Creed Valhalla a pretty impressive 8.5/10. As I stated at the top, it’s the best in the series to date, but I’m leaving Ubisoft with just a little wiggle room to wow me all over again when the next Assassin’s Creed rolls around.

It will also be available on the new PlayStation 5 when it launches here in Ireland on Thursday, 19 November. Read the JOE review of the new PS5 right here.

For more information on Assassin’s Creed Valhalla, find out all you need to know right here.

popular
Netflix has just added one of the funniest shows of the last 10 years
Spielberg's best movie is among the movies on TV tonight
Netflix has just added 12 very big movies to their library
Police believe they know what happened to Nicola Bulley
The JOE Friday Pub Quiz: Week 332
QUIZ: Can you get 15/15 in this Irish general knowledge quiz?
Only two weeks left for Lotto player in Dublin to claim €250,000 prize
You may also like
1 week ago
Dead Space 2023 improves upon a modern horror classic
1 week ago
Forspoken breaks the golden rule of gaming... and not in a good way
2 weeks ago
PlayStation reveal the 10 most-downloaded free-to-play games on PS4 and PS5
2 weeks ago
7 more movies and shows based on huge games arriving in 2023
4 weeks ago
10 huge games that turn 10 years old in 2023
2 months ago
The six finalists for Game Of The Year have been revealed
Next Page