The six finalists for Game Of The Year have been revealed

The five finalists for Most Anticipated Game of 2023 have also been announced.

The Game Awards 2022 has revealed its full nominations list for the year, and two games in particular are leading the way.

Very recent release God Of War Ragnarok has landed no less than TEN nominations, while the universally-adored Elden Ring has bagged seven.

The six finalists for the Game of the Year - which "recognise a game that delivers the absolute best experience across all creative and technical fields" - are as follows: 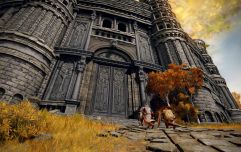 END_OF_DOCUMENT_TOKEN_TO_BE_REPLACED

Outside of the big award, the new God of War has also been nominated for Best Game Direction, Best Narrative, Best Art Direction, Best Score and Music, Best Audio Design, two in Best Performance, Best Action/Adventure, and Innovation In Accessibility.

Looking forward, the awards have also listed the five Most Anticipated Games of 2023, which "recognise an announced game that has demonstrably illustrated potential to push the gaming medium forward":

Now that the nominees have been named, the public can vote on who will become the overall winner via The Games Awards website right here, and the winners will be announced on Thursday, 8 December.

popular
The JOE Friday Pub Quiz: Week 324
The "eighth best movie ever made" is among the movies on TV tonight
Jackass star Bam Margera reportedly hospitalised with pneumonia and put on ventilator
A Place In The Sun's Jonnie Irwin takes son to see Santa after terminal cancer diagnosis
Here's the line-up for tonight's episode of The Graham Norton Show
One of the best films of all time is among the movies on TV tonight
Jennifer Lawrence sparks controversy by saying she was the first woman to lead an action movie
You may also like
3 weeks ago
Rockstar Games reportedly rejected the perfect director for a Grand Theft Auto movie
3 weeks ago
WATCH: New game I Am Jesus Christ is here and... eh... yeah...
3 weeks ago
God Of War Ragnarok creators discuss the game's biggest surprise
1 month ago
'I get choked up thinking about it' - God Of War Ragnarok creators on the sequel's biggest moments
1 month ago
Man makes VR headset that kills the user if they die during game
2 months ago
How Twitter is changing gaming as we know it
Next Page