Prepare to be hooked.

Remember when everyone you knew was glued to their phones playing Pokémon Go wherever they went?

Well, you may have to get used to that feeling all over again, because the reviews are in for the new Harry Potter game made by the same folk who did Pokémon Go, and it looks like it's going to be a good'un. 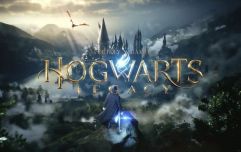 END_OF_DOCUMENT_TOKEN_TO_BE_REPLACED

The creators of the Harry Potter Wizards Unite stated that players would be able to "explore real-world neighbourhoods and cities to discover mysterious artefacts, learn to cast spells, and encounter legendary beasts and iconic characters along the way".

Sounds good to us. As do a lot of the reviews!

The premise of the game itself sounds extremely fun. You live in a world where magic exists, and regularly have to fight bad guys and get yourself out of sticky situations.

You cast spells by tracing its path on your phone’s screen, and the faster and more accurately you trace, the more powerful your spell becomes.

One point that stands out from all of the reviews is that there are major differences between Harry Potter Wizards Unite and Pokémon Go, and many claim that this is a good thing.

The Wall Street Journal state that "From a technical perspective, Wizards Unite is more polished than Pokémon Go was at first. The camera-based AR tech works well, laying in-game characters and scenes over the world in front of you."

The Spinoff briefly said that "the Pokémon GO has slightly more basic graphics and is based on a decades-old, beloved children’s game; Wizards Unite has high-quality AR imaging." 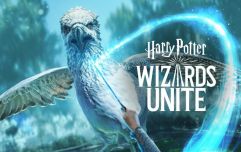 END_OF_DOCUMENT_TOKEN_TO_BE_REPLACED

Wired had a slightly more mixed reaction, describing it as "bloated and overly complex", while also saying that it's "fun, and different, and a world apart. It makes you excited to see what’s next, both within the game and beyond it."

So there you have it. You can download the game now and decide for yourself!

The Big Reviewski || JOE · The Big Reviewski with Ray Liotta, Goodfellas facts & Tom Hanks making us cry
popular
The 50 most iconic songs of all time* have been revealed
Jason Byrne forced to cancel tour dates due to a heart condition
PICS: The man with the biggest penis in the world has one unbelievable problem with it
Melissa McCarthy's most-overlooked comedy is available to watch at home this weekend
BBC reporter covering petrol shortage called Phil McCann
The JOE Friday Pub Quiz: Week 262
BBC reporter Phil McCann responds after going viral
You may also like
3 days ago
Fantastic Beasts 3 now has an official title and release date
2 months ago
Ranking the Harry Potter films from worst to best
4 months ago
Warner Bros. is launching a Harry Potter TV quiz show to celebrate the first movie's 20th anniversary
7 months ago
Five things we definitely do not want to see in the new Harry Potter TV series
8 months ago
A Harry Potter TV show in development at HBO Max
9 months ago
Rare Harry Potter and the Philosopher's Stone first edition book sells for £68,000
Next Page