The shutdown will come into effect on Thursday, 1 September.

END_OF_DOCUMENT_TOKEN_TO_BE_REPLACED

Continuing to blur the lines between games and reality with just how beautifully realised they've become, the latest entry in the series will be must-play both for F1 wins and lovers of racing games in general.

END_OF_DOCUMENT_TOKEN_TO_BE_REPLACED

Updated to include this year's new cars on this year's new tracks, including updated layouts for the Circuit de Barcelona-Catalunya, Yas Marina Circuit and Albert Park Circuit. Plus you'll now have access to the Miami International Autodrome track as part of new addition, the Miami Grand Prix.

All of that paired with a great learning curve, strong handling, incredible visuals and A LOT of customisation.

F1 22 is available on PlayStation, Xbox and PC right now. 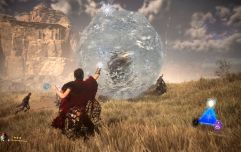 END_OF_DOCUMENT_TOKEN_TO_BE_REPLACED

This week, Ubisoft announced that they were "Closing the online services for some older games allows us to focus our resources on delivering great experiences for players who are playing newer or more popular titles."

This would mean that some games would no longer be available to play online, including some DLC which will also be unavailable to access from Thursday, 1 September.

Check out the full list of games and platforms right here.

Initially released in November of 2021, if you're a fan of Battlefield's particular brand of first-person warfare, and you missed out on this entry, then you're in luck!

There is no single-player campaign in the release, but instead there are three different modes of online multiplayer - "All-Out Warfare", "Battlefield Portal" and "Hazard Zone" - in which you can team up with other players to take down other groups, or just go hell-for-leather against everyone and everything in your path.