COMPETITION: Win the Premier League trip of a lifetime for yourself and 5 mates

If you get a top score in our 5-a-side shootout game, we'll invite you to a real five-a-side tournament where you'll compete to win the ultimate Premier League trip thanks to Coke!

Summer (not that we've seen much of it this year) is great and all, but let's be honest here. Many of us are simply biding our time until the Premier League kicks off again, as life simply isn't the same without it. 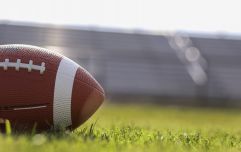 COMPETITION: WIN a pair of tickets to an American Football game in the Aviva Stadium

END_OF_DOCUMENT_TOKEN_TO_BE_REPLACED

You need something to fill the void. In association with Coca-Cola, #WhereEveryonePlays, we want to help in that regard.

We're not saying that it'll be to the same standard of the title race between Man City and Liverpool last season, but our five-a-side tournament would certainly make a good goal for summer 2019.

The idea is simple; play the online game, get a top score, and we'll invite a number of teams to compete in a real tournament. Rather than just getting a handshake and a plastic trophy, the winning team will be sent on an unforgettable Premier League trip next season.

We're not picky with who plays in the tournament, so don't feel worried in the slightest about being up to standard. Once you're over the age of 16 and know how to kick a ball, you're qualified.

In fact, that would probably make you more qualified than half the JOE office. 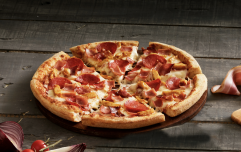 END_OF_DOCUMENT_TOKEN_TO_BE_REPLACED

The first thing you need to do to get the ball rolling (sorry), is play our Coca-Cola 5-A-Side Shoot Out. The rules of the game are pretty simple; score a goal.

Basically, the bar above the crossbar is for where you want to aim, the vertical one is to determine how high you kick it, and you just press spacebar at the right time. That pesky goalkeeper will keep you on your toes, and there will be a wall in front of you for some kicks as well.

From there, top scorers from the game will be invited along to one of our five-a-side tournaments. Before a winning team is decided, there will be provincial tournaments in each of the following locations: 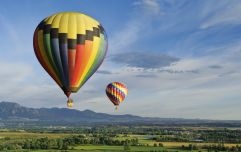 END_OF_DOCUMENT_TOKEN_TO_BE_REPLACED

The provincial stages will see two groups of six vying it out for a spot in the final, where the Premier League trip is up for grabs. Every score will make a huge difference as well, because goal difference will apply when deciding the group table.

Once each provincial winner has been decided, they'll be invited to the grand finale. The winning team will be sent off on the Premier League trip of a lifetime with flights, accommodation and tickets all sorted.

Best of luck, and get playing!

popular
Amazon Prime Video has just added 21 big movies to its library
Emirates is looking to hire cabin crew members in Ireland for tax-free jobs
Shock as dead dolphin vandalised with graffiti on Dublin beach
A nationwide Eir outage has a number of people without broadband
One of Liam Neeson's best ever performances is among the movies on TV tonight
Amber Heard "fought really hard" to appear in Aquaman 2 despite pared down role
The six Eurovision countries with "irregular voting patterns" have been revealed
You may also like
1 day ago
The new version of The Time Traveler's Wife is going to give you all of the feels
4 days ago
The Ultimate Ghostbusters Quiz
5 days ago
Madrí Excepcional want to kickstart your summer by giving you a FREE pint!
6 days ago
Has anyone seen Mr Tayto?
1 week ago
This week's Super Enalotto draw is worth €202.9 million, here's how you can play from Ireland
1 week ago
This one simple recycling tip could make a BIG difference to the environment
Next Page