COMPETITION: Win a VIP experience for you and 5 friends at Apres Ski in DTwo

Brought to you by DTwo

Unless we're in for a repeat of the Beast From the East, it's highly doubtful that we'll be able to hit the slopes in Ireland this year. We have a lot of things going for us on this little island of ours, but skiing isn't really one of them.

You'd have to think if we did have ski resorts, we'd do it right. Although, we might not be the most skilled...

Win 2 tickets to this year's Apres Ski in DTwo

The next best thing on these shores is Apres Ski. Harcourt Street hotspot DTwo has transformed its beer garden into a winter wonderland, complete with cosy log cabins, winter cocktails, and Snowy Ski Slopes.

Apres Ski kicked off at the end of last month, and its cabin doors will be open until 31 January. To be in with a chance of winning, just answer the simple question below.

The prize includes VIP entry for you and 5 friends, a reserved area, and a bottle of bubbles to mark the occasion. 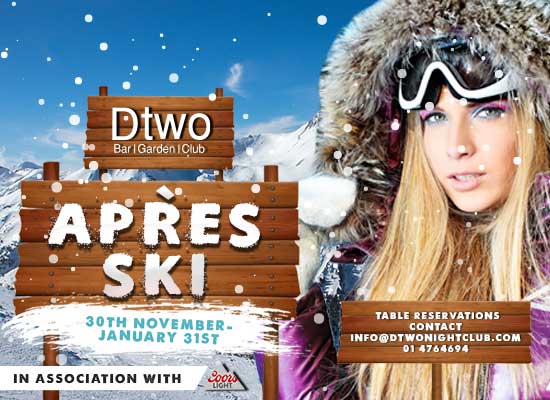 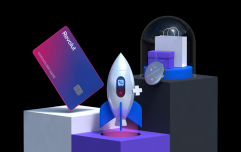 COMPETITION: Win 12 months of Revolut Plus free for you and 2 friends

END_OF_DOCUMENT_TOKEN_TO_BE_REPLACED

Hit the slopes at DTwo from now until 31 January. The beer garden has been transformed into a ski lodge featuring winter wonderland scenes, custom built Coors light bar and shotski. Don’t miss out on the most Instagrammable venue on Harcourt Street!

Brought to you by DTwo

House of Rugby Ireland · Quinn Roux on finding a home in Ireland and Mike McCarthy brings the absolute HEAT!
popular
The 50 most iconic songs of all time* have been revealed
New year, new you, new career? This opportunity could be right up your street
Michael Jackson fans are convinced he's still alive after spotting him in daughter's selfie
Simpsons writer reveals how he predicted the presidency of Donald Trump
Snow and ice warning issued for seven counties
Xbox reveals full list of exclusive games arriving in 2021
PICS: The man with the biggest penis in the world has one unbelievable problem with it
You may also like
20 hours ago
New year, new you, new career? This opportunity could be right up your street
2 days ago
Irish workers urged to check if they are entitled to tax rebates now a New Year has arrived
1 week ago
Over $1 billion can be won from two US lotteries this week and you can enter both draws from Ireland
1 week ago
WATCH: New rap video for ‘Dry Ass Pinty’ will provide the kick you need to do Dry January
1 week ago
QUIZ: Can you name these smartphones with their logos removed?
1 week ago
A mysterious new trailer has landed for your first must-watch show of 2021
Next Page