COMPETITION: Win a trip to see a Premier League match

Brought to you by Carling.

What makes a great goal?

Some people love a jinking run followed by a deft chip over the goalkeeper. Others prefer a touch of magic or a goal that's marked by a sublime piece of skill. And still more can't look past the classic thunderbastard of a shot into the top corner from 30 metres.

You could find perfect examples of the above goals by Georgi Kinkladze, Dennis Bergkamp and Tony Yeboah in any best Premier League goals list. Matthew Le Tissier used to routinely score worldies without breaking a sweat so he has to be in the conversation.

Every season sees a new goal added to the list of contenders so we teamed up with Carling to settle the debate once and for all. Carling are looking for the best Premier League goal and they want your help to do so.

Not only do you get to shape one of the most important debates of our time but you could also win tickets for you and a friend to see a Premier League match.

It couldn't be easier to enter. All you have to do is click on the image below and leave a comment on the below Facebook Page, naming your favourite goal of the Premier League era. So what are you waiting for? 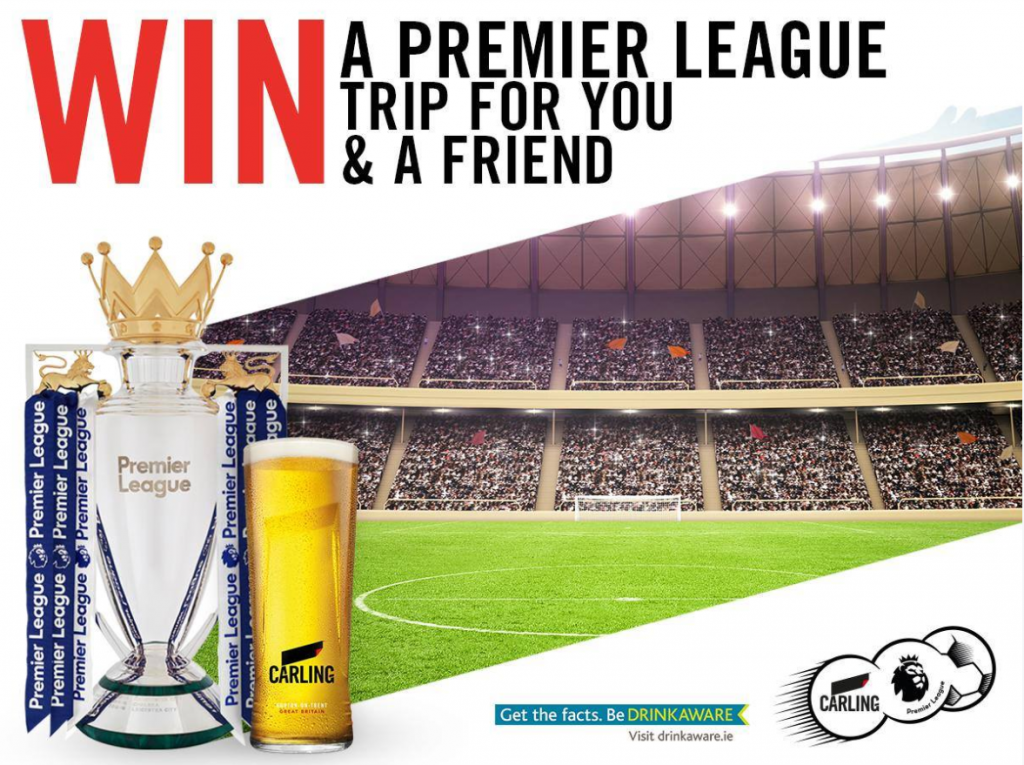 Brought to you by Carling.


popular
Here are the 5 best movies on TV this evening
Dublin pub to host a 'doggy date night' where you can bring your dog to dinner
Three US firefighters die in Australia as water tanker plane crashes
Man dies after farming accident in Cork
OFFICIAL: Captain Marvel 2 is now in the works
Met Éireann issues a status yellow fog warning for the whole country
You may also like
1 day ago
New year, new you? Thrive Festival 2020 is the answer to all of your fitness needs
5 days ago
QUIZ: How well do you know Will Smith's movie career?
1 week ago
COMPETITION: Win a VIP table for four to see Sharon Shannon live in Dublin
1 week ago
COMPETITION: Win free tickets to Titanic Belfast for yourself and a mate
1 week ago
QUIZ: How well do you know the first two Bad Boys movies?
2 weeks ago
COMPETITION: Win a two-night stay in the brand-new Hyatt Centric for two people
Next Page