COMPETITION: Show your support of the Irish rugby team to win up to €1,500

Brought to you by Canterbury

Help us support the Irish rugby team by turning the world green!

The 2019 Rugby World Cup is nearly upon us, and final preparations are being made by the Irish Rugby team. The squad has been announced, and there is one final warm-up match before the players board the plane. 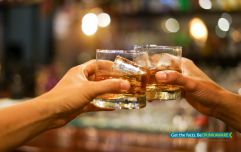 COMPETITION: WIN €500 to spend on food and drink in your local bar

END_OF_DOCUMENT_TOKEN_TO_BE_REPLACED

There are so many reasons to believe. Just last year this team clinched the Grand Slam, won a series in Australia, added a second win against the All Blacks in the last three years and without a doubt have the greatest fans in the world!

The players have already shown us what they can do at their best, but now we want to see what the fans can do. We've teamed up with Canterbury, official kit supplier to the Ireland Rugby Team, to "Turn The World Green."

We don't care if it's biased, but Irish sports fans are amongst the best in the world. No matter where on earth our sports stars go, the green army of supporters will be in tow.

Basically, turning the world green is something that comes naturally to us. There's nothing we wouldn't do to support our team...

We're looking for people to don Irish rugby gear in the most extreme, exotic or unusual locations and landmarks they can think of. All you really have to do on your end is upload a photo to Instagram, Facebook or Twitter, being sure to tag @CanterburyNZ and mention #TurnTheWorldGreen. 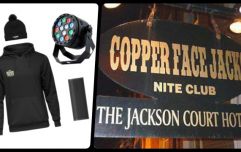 COMPETITION: This is your last chance to WIN a back garden festival kit or a VIP Coppers experience!

END_OF_DOCUMENT_TOKEN_TO_BE_REPLACED

There will be a weekly prize of €250 up for grabs, until the overall winner of a whopping €1,500 will be chosen at the end of the six weeks.

It can be anywhere in the world, be it Ireland or abroad, but we want you to get creative. Again, this is something that comes natural to us here on the Emerald Isle so we know you won't be short of ideas.

If for example you're planning on climbing Kilimanjaro or walking across the Atacama desert, be sure to pack Ireland rugby jerseys/flags. Maybe a scarf as well if it's not too warm.

The new Ireland Rugby World Cup 2019 range is available from shop.irishrugby.ie and canterbury.com.

Brought to you by Canterbury

The Big Reviewski || JOE · The Big Reviewski with Ray Liotta, Goodfellas facts & Tom Hanks making us cry
popular
The JOE Movie Quiz: Week 121
Temperatures to plummet to five degrees with thunderstorms as Atlantic system to hit next week
Ireland's newest train station officially opens in Dublin
The JOE Friday Pub Quiz: Week 262
The 50 most iconic songs of all time* have been revealed
QUIZ: Tickle your brain waves with this general knowledge quiz
PICS: The man with the biggest penis in the world has one unbelievable problem with it
You may also like
2 days ago
Melissa McCarthy's most-overlooked comedy is available to watch at home this weekend
4 days ago
6 incredible hidden gems to explore in Ireland's Ancient East this autumn
5 days ago
Five of the most memorable moments from Never Mind The Buzzcocks
1 week ago
The Ultimate Dwayne "The Rock" Johnson Quiz
1 week ago
Gunpowder Milkshake has the makings of a perfect Friday night movie
1 week ago
COMPETITION: WIN an amazing state-of-the-art coffee machine and a year's supply of free coffee beans
Next Page