Carole Baskin's ex-husband 'found alive' after being missing for decades

Don Lewis has been holed up in Costa Rica, according to Carole.

Don Lewis had become the source of much speculation in the Netflix series Tiger King, with big cat keeper Joseph Maldonado-Passage, aka Joe Exotic, speculating that Baskin could have had something to do with her ex's disappearance. 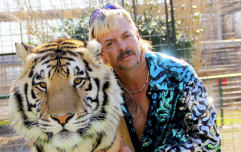 END_OF_DOCUMENT_TOKEN_TO_BE_REPLACED

But in one of the biggest plot twists ever, Baskin says her ex is in good health and currently residing in Central America.

In a resurfaced interview from November 2021, the animal rights activist claimed the US Department of Homeland Security had been in contact with Lewis and had known his whereabouts for years.

“One of the really exciting things that came out of Tiger King 2 is that they produced a letter from Homeland Security and it says that a special agent in charge with the FBI at Homeland Security reached out to the sheriff’s detective George [Jorge] Fernandez, which means this had to have happened after 2002 because Homeland Security wasn’t even around until 2002,” she said.

She added: “They said that my husband, Don Lewis, is alive and well in Costa Rica.” 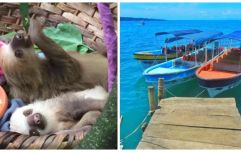 END_OF_DOCUMENT_TOKEN_TO_BE_REPLACED

When asked if she was surprised he was alive, Baskin replied: “I didn’t think he was capable of supporting himself.

"He took about a million dollars down to Costa Rica, I had agreed to let him do that so he could prove to himself that he could make a living.” 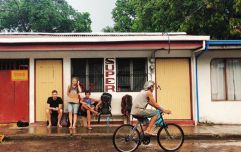 END_OF_DOCUMENT_TOKEN_TO_BE_REPLACED

TMZ also posted a screenshot of what looked to be a document from the Department of Homeland Security confirmed Lewis was 'alive and well'.

“[Redacted] has learned that Don Lewis is currently alive and well in Costa Rica,” the letter said.

“S/A [redacted] has learned that Lewis has loaned money to various individuals in Costa Rica and could live quite well on the interest earned from these loans.

“Lewis could reside in Costa Rica indefinitely. This investigation will be closed.”

The fact-checking site Snopes has dug into the claim and at the moment of writing says it's 'unproven' whether Don is alive, despite Baskin's claims.

popular
Conor Mcgregor hit by car ‘at full speed’ while cycling
New Netflix series deserves to be as big as Stranger Things
The JOE Friday Pub Quiz: Week 331
Colin Farrell shouldn't win the Oscar this year
Couple left mortified after best man delivers incredible punchline during speech
All of the new Netflix movies and shows arriving in February
Peaky Blinders creator on the lookout for 'skinheads' for new drama
You may also like
3 years ago
Measles returns to Costa Rica for first time in five years as French family were not vaccinated
8 years ago
Vine: The France under-20 women’s team scored the team goal of the year last night
8 years ago
Pics: Irish lad in retro jersey wanders into Dutch crowd for World Cup quarter-final
8 years ago
The Noise from Brazil: Neymar's unlucky break, James blames the ref and Costa Rica dare to dream
8 years ago
JOE takes a look at some of the best bets Ladbrokes has on the World Cup Quarter-Finals
8 years ago
Pic: Joel Campbell posts great snap that shows the scale of the Costa Rican fan celebrations in San Jose
Next Page