Clare is the most charitable county in Ireland

The people of county Clare are the most generous in Ireland when it comes to donating to their charity of choice, new figures have revealed.

New data from AIB reveals that the average person spends €6.64 every month on their chosen charity, 35% more than the second-most charitable county, Dublin, where people donate €4.32 a month to their charity of choice. 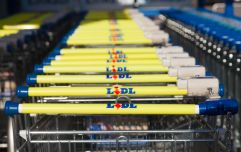 END_OF_DOCUMENT_TOKEN_TO_BE_REPLACED

The revelation of Clare as the most charitable county is one of a series of insights compiled by AIB to mark the announcement that the AIB Mobile app now has over one million users throughout the Republic of Ireland.

AIB compiled anonymised and aggregated data from a sample size of approximately 1,000,000 active AIB Mobile App customers in a six-month period from December 2018 to May 2019, revealing a series of customer trends, including:

A county-by-county breakdown on spending data can be found in an interactive graphic here.

popular
Disney+ has just added 10 big movies to its library
The 50 most iconic songs of all time* have been revealed
QUIZ: You'll do well to get 100% in this General Knowledge Quiz
25 years ago, Sylvester Stallone delivered his best performance in a hard-hitting crime drama
Here's the average age people lose their virginity around the world
The JOE Movie Quiz: Week 167
QUIZ: How well do you really know Irish weather?
You may also like
2 weeks ago
Bord Gais announces a 74% increase in operating profits while customers deal with price hikes
1 month ago
Elon Musk says he is "terminating" his Twitter takeover deal
1 month ago
Outlook is grim but "we can still avoid a recession" says Paschal Donohoe
1 month ago
Irish workers' wages struggling to keep up with inflation, experts say
2 months ago
Average weekly earnings rise to record levels in Ireland
2 months ago
Lidl to launch its second 'reverse vending machine' in Ireland next week
Next Page