It was all go in Donegal this weekend.

For those of you who decided to remain blissfully unaware, the Donegal International Rally was on this weekend.

Fondly referred to as 'The Rally', it is one of Ireland's oldest annual rally competitions and is a top event in the Irish rallying calendar.

END_OF_DOCUMENT_TOKEN_TO_BE_REPLACED

The weekend brings in huge crowds from all corners of the country, a big boon for local bars and nightclubs in Letterkenny, who revel in the opportunity to reel in crowds of punters.

One such nightclub is Warehouse Bar + Kitchen in Letterkenny, who garnered attention for their latest drinks special, 'a Bomb in a Bag'.

The controversial special was first announced on the club's Facebook page on Friday, where it was revealed that it was created solely for the weekend of the rally.

The drink's name divided opinion over the weekend, with some expressing their distaste on social media.

However, The Warehouse's General Manager told JOE that the aim of the drink is purely functional.

END_OF_DOCUMENT_TOKEN_TO_BE_REPLACED

"The Warehouse has built its name and reputation on doing things differently," Damien O'Donnell, General Manager at The Warehouse Bar told us.

"The 'Bomb in the Bag' came about as I was thinking about the upcoming Donegal Rally and the thousands of visitors that arrive from all over the country. There’s an amazing festival feel to Letterkenny and most enjoy hopping from bar to bar throughout the day." 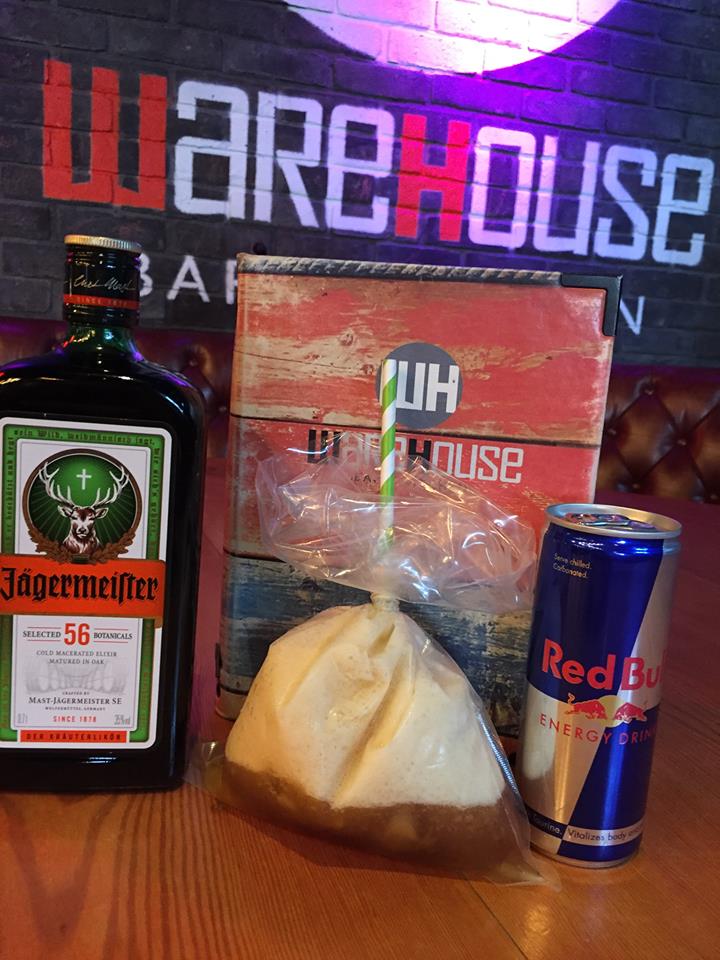 "With the fantastic weather we have had lately, I wanted customers to have a cold refreshing drink that they could have on the street without needing a plastic cup, so I looked at the big sellers last year and came up with a Jägerbomb in a bag."

And it seems that the people of Donegal massively appreciated the club's effort.

"On the Saturday alone we had sold over 350 bags which has being amazing, we really didn’t think it would take off like it did," O'Donnell said.

popular
Amazon Prime Video has just added 38 very big movies to its library
The Pogues’ Shane MacGowan rushed to hospital
Rotten Tomatoes reveals the best reviewed movie of 2022
Matthew Perry can't rewatch any of Friends for heartbreaking reason
Lady Gaga's dognapper sentenced to 21 years in jail
Simpsons writer has explanation for the show being able to predict so many major events
Mia Khalifa claims seaside town is better than Miami
You may also like
1 day ago
Dissection of a woman's body to be shown on Channel 4 tonight in TV first
1 day ago
Woman hit by rollercoaster is trapped in own body after finally awaking from coma
1 day ago
Woman arrested in connection with dog attack in Wexford that left child seriously injured
1 day ago
We could be getting snow this Thursday, according to Met Éireann
2 days ago
Ireland sees '100% success rating' with four-day work week trial
2 days ago
Winter warning issued as "severe" week of cold weather in store for Ireland
Next Page