Drugs, dancing, and drenchings: Confessions of an Electric Picnic attendee

"Oh f**k, did I just microdose on drugs from the shift?!"

It's day one. Electric Picnic 2022 hasn't properly kicked off and I'm exhausted. I haven't even made it to the fecking field yet. 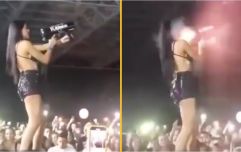 END_OF_DOCUMENT_TOKEN_TO_BE_REPLACED

I'm landing down to the bus stop on four hours sleep, after having a going-away do for one of the lads. My breath still smells like Guinness, burgers and regret.

I meet my friend there, who is similarly wrecked after getting a train up from Galway that morning. We have to perform a show at 4pm, and all we have prepared is a slab of cans and a USB with a Powerpoint presentation we're not even sure we can actually use.

We arrive in Stradbally and are immediately lost. No one has any idea where we're meant to be, and the bags are making the whole ordeal feel like the worst episode of Ireland's Fittest Family. I can't even feel my left arm by the time we find the performers' campsite.

Armless and soon to be legless, we get our tents up with relative ease. I have a pop-up one, which sounds like a blessing, but ended up being the worst mistake of my life come Monday. 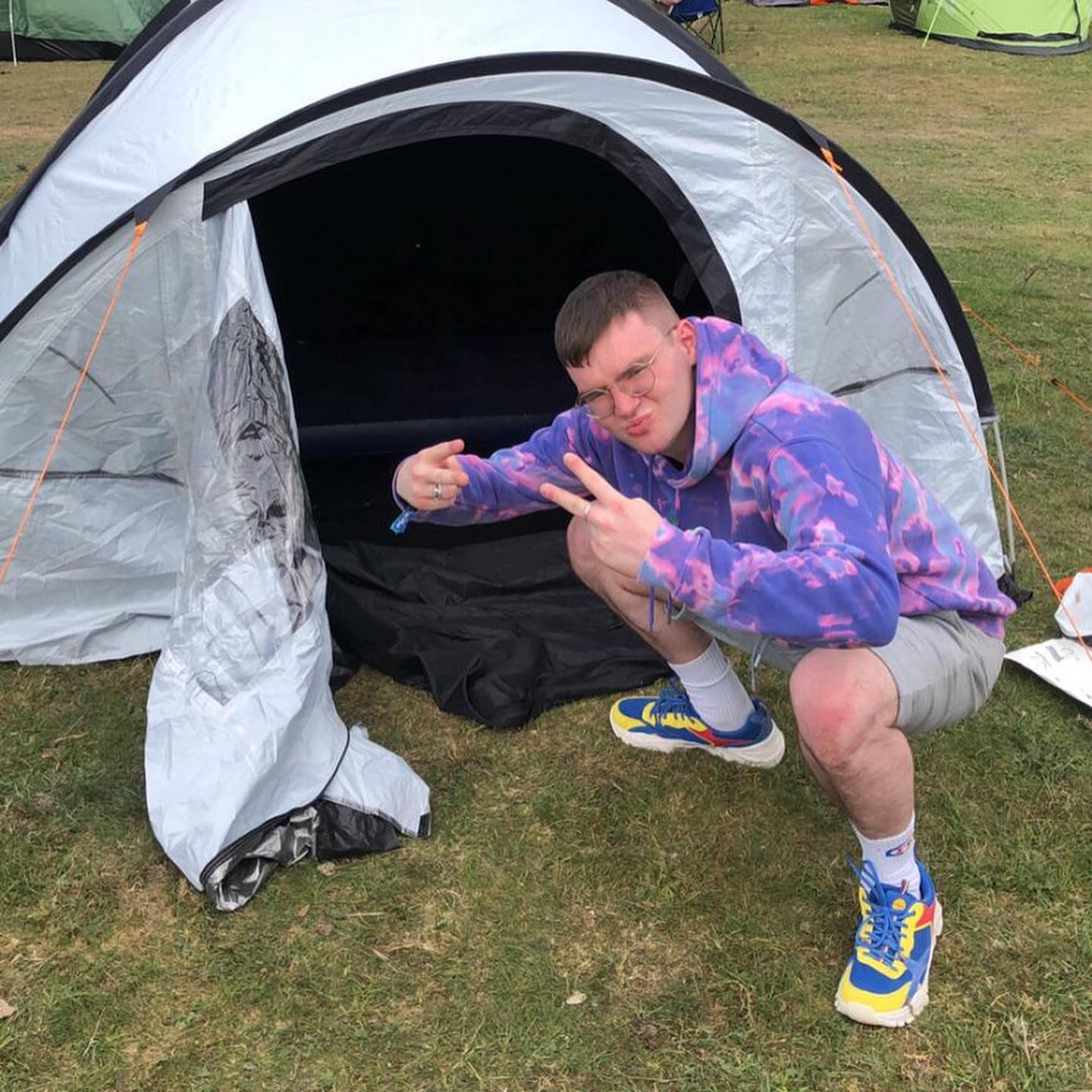 END_OF_DOCUMENT_TOKEN_TO_BE_REPLACED

As we're walking into the arena, a lad wearing a Cookie Monster bucket hat is ahead of us in the queue being searched. He goes to show security just how clean his wallet is, when a baggie with six small purple pills falls on the white table.

"Aw shite, I forgot I had that, can I drop that back to my tent?," he asks earnestly. 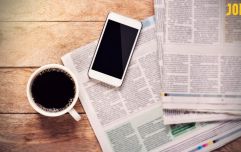 END_OF_DOCUMENT_TOKEN_TO_BE_REPLACED

About 20 minutes into Glass Animals, the first signs of the forecasted rain begin to appear. Now, many sensible festival-goers would have come with water-proof tents, wellies, and enough ponchos to bring a small army across the Andes.

Prepared, I was not. I was about as put-together as a Nature Valley Bar, and had only packed shorts, runners, and a pair of sunglasses that looked like fireballs.

Truth be told, I'm dressed like a '70s drug dealer, which is probably why people are approaching me in both English and Irish asking me if I have anything "on me".

There's something quite cute about being asked for drugs in Donegal Irish, really. It sounds like your granny asking if you have any spare johnnies lying around.

The rain intensifies, and heavily so. It got to the point where I was deciding to go to acts based on whether there was a roof above the stage.

I get back to the tent at around 3am, and my sleeping bag has been totally soaked from water seeping in from the floor. I spent the night dozing in a full outfit, with a balaclava on my head to keep me warm.

Okay, I should probably explain the balaclava.

I had good intentions to do some sneaky promo for the second show I have at the Picnic. I'm doing stand-up immediately after Kneecap, and so I thought it would be gas to show up wearing the balaclava, with a sign telling people to follow me like a Fenian Pied Piper. 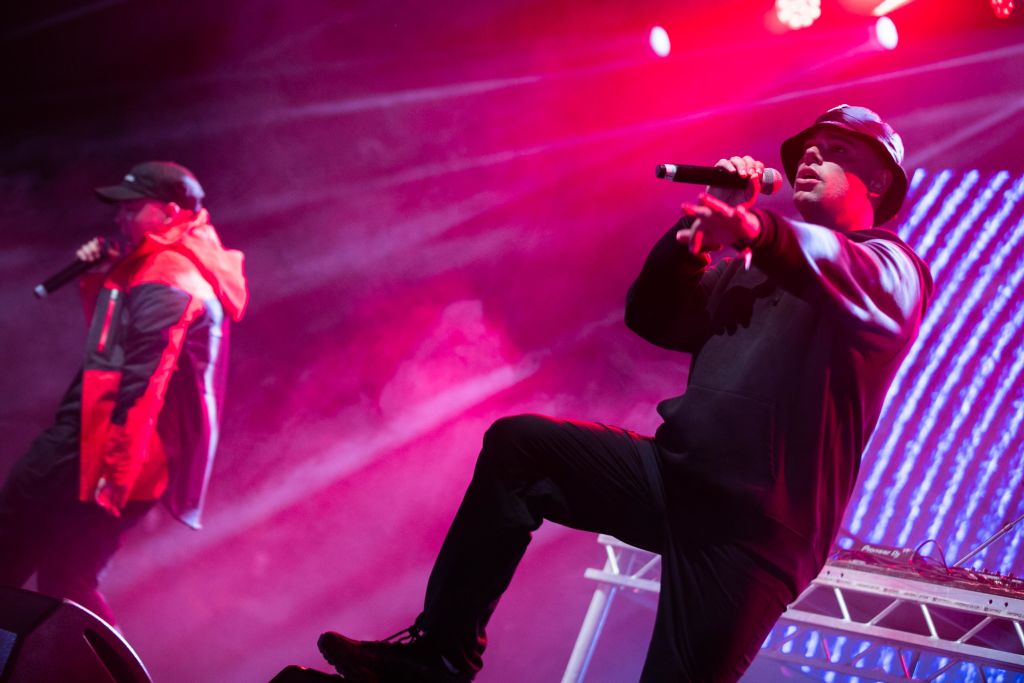 It then ends up being ungodly warm during the day, so I leave the balaclava at what qualifies for home. Maybe I'll find a use for it if I need to rob a bank to pay my electricity bill this month.

I get to the gig, and meet a boy from home. He tells me all about blacking out the night before, and I ask how bad it could have been.

"Do you remember that MD they had a warning about?", he asks me.

The image is burned into my head, a purple skull with "TWICE THE RECOMMENDED DOSE" written in yellow writing.

"I do," I reply, to which I'm greeted with a stare and a slightly raised eyebrow.

"That warning came out 10 minutes after I took it. I don't know who found me, but I was lying in a field by myself."

With this info rattling around my head, I get up and do my stand-up set.

I spent about five minutes talking about how terrible sex in a tent is, with your clothes gathering at the bottom of the sleeping bag, and how switching positions is like trying to rub two Twixes in a packet together. 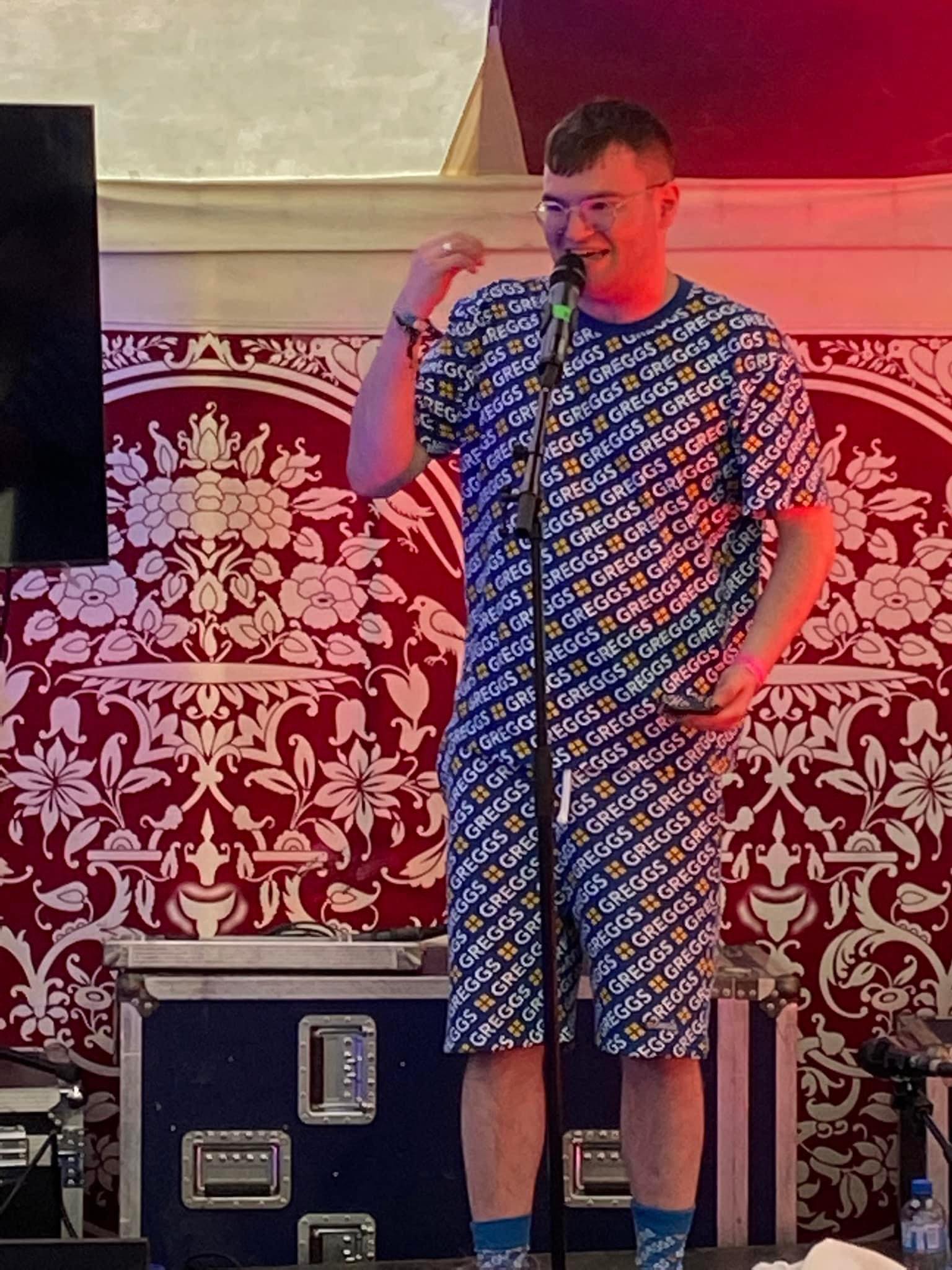 "Are you wearing the-?" "The full Greggs set from Primark? Yes, I am."

It takes me a while to realise that the girl I was talking to the night before is in the room, and listening to me discuss how horrible it would be to come home with me. A modern-day Casanova, truly.

With my final show done, I'm free to cut loose. Saturday is my night, with a quadruple bill of Gemma Dunleavy, The Scratch, Rina Sawayama, and For Those I Love playing back to back. I'm in heaven.

I end up at a rave with the girl from earlier, and manage to get a sneaky kiss. As I pull away, I realise an alien taste that I hadn't felt before, and a rush of blood goes to my head.

Oh fuck, did I just microdose on drugs from the shift?! I start sipping water relentlessly until I see her topping up her lip balm again.

I wake up somehow feeling very fresh, and begin the wander around the arena one last time.

The Main Stage actually interests me for the first time all weekend, as Moncrieff puts on a whopper of a performance. 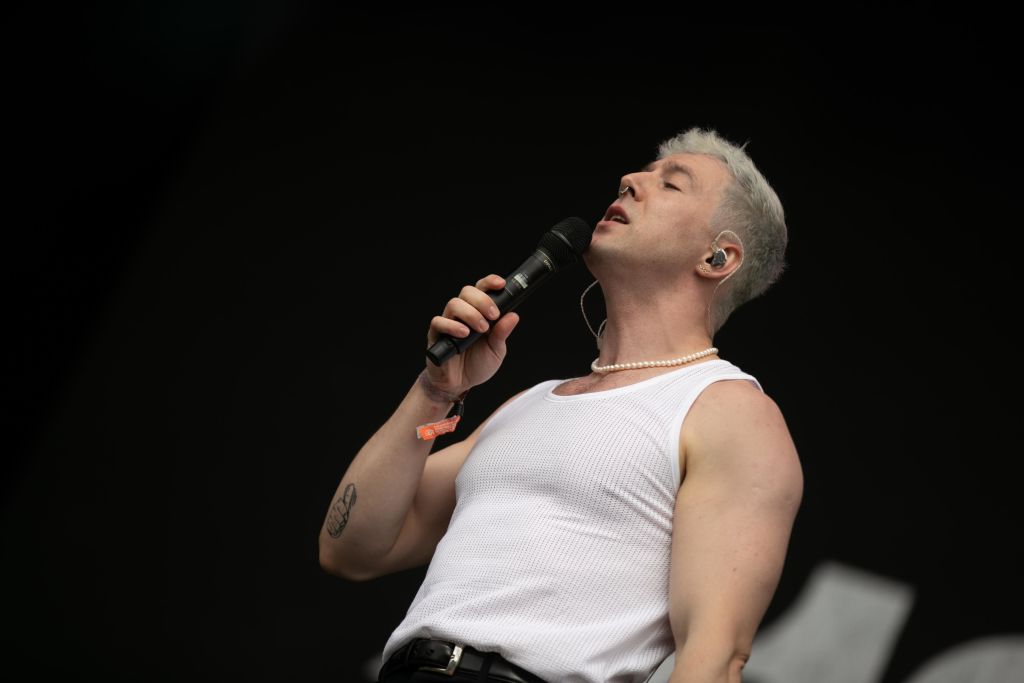 I meet a young man from Kerry who proceeds to tell me that he hasn't gone to the bathroom at all over the three days. Like, not once. A truly incredible connection of control between mind, body, and soul.

In his defence, I saw some of the toilets being power-washed, and it may be the most disgusting thing these tired eyes have ever witnessed. A giant hoover of sewage dancing around in muddy brown water sucking up all of the filth of the night before, before a man without a gas mask barges in with a hose.

We meet the Kerry-based medical marvel's friend later that night, who tells us that he eventually did find a usable toilet, but threw up immediately afterwards. Not so much control after that.

Later, I'm shovelling fried fish and chips into my gob when a small blonde girl in a white fluffy fedora asks me if I believe in TITL.

"This is the life," she replies, before asking for a picture.

"I didn't think you'd be this nice," her mate tells me.

Arctic Monkeys finish off the night, totally redeeming themselves in my eyes for the dreadful performance I caught in 2013 in Marlay Park. There are still plenty of hits I would have loved to have heard, but I'm an old stick in the mud [Editor's Note: He's 25!] so I won't complain. 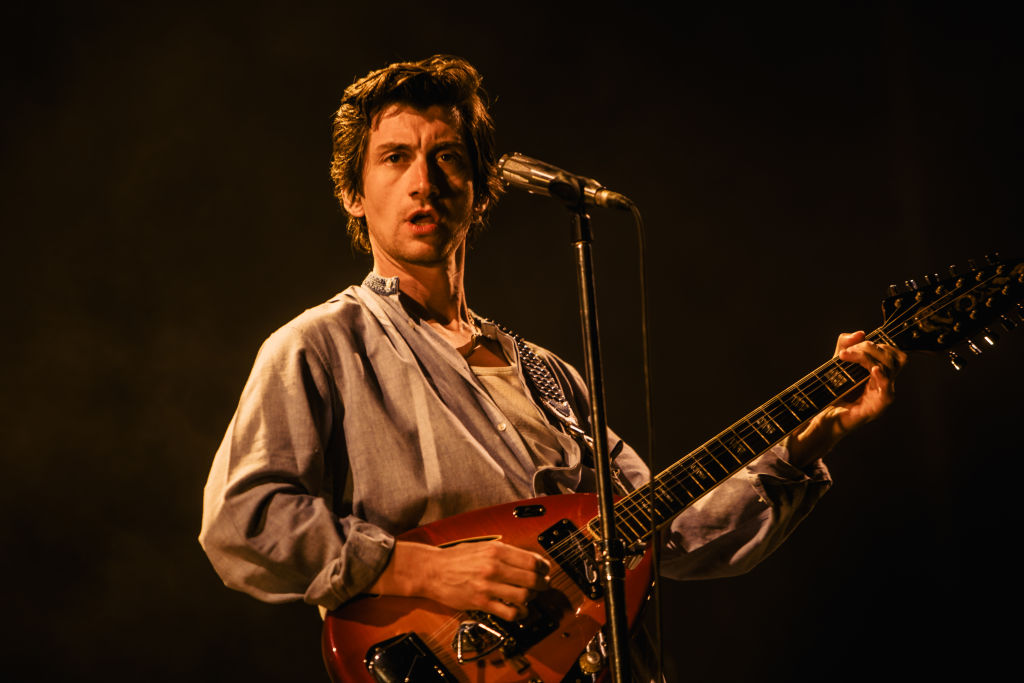 I've finally reached my limit of dampness after destroying two pairs of shoes and several shirts, so I call it an early night.

I'm so paranoid about missing the bus back to Dublin that I can't sleep.

I begin to pack my tent away, and the smell of sweat and rain is unbearable. The tent isn't even mine, so I need to make sure this gets back in one piece.

A young lad from my old school sees me struggling to push the pop-up tent, and his girl-scout girlfriend offers her services to put it away, doing what I couldn't do in 20 minutes in 20 seconds.

"Has anyone told you yet that you're a shell of the man you once were?," the cheeky bastard asks.

Right as we go to leave, doesn't the zip on the bloody tent bag break? And so we're now duct-taping the thing back together to try and stop any future disasters.

We drag our bags through mud and scraps for an hour, like a scene from the start of Saving Private Ryan.

We've somehow managed to make it to the bus on time, and I lean over to put my bags in the undercarriage...

...and as I do, the tent explodes forth from the bag, popping over my shoulders like a cursed firework, fully extending itself in front of everyone on the bus.

"Are you staying another night?", the bus driver quips, before he realises I'm on the verge of an exhaustion-fuelled breakdown.

I carry my pegs and shoes into the front seat, and fall asleep immediately again.

As I get in the taxi home, I see the girl I kissed on Saturday has posted an Instagram story of her doing an antigen test with the caption "What am I riddled with?".

The worst thing of all? Despite all this, I know damn well I'll be back again next year.

popular
Spielberg's best movie is among the movies on TV tonight
Missing mother's children 'cried their eyes out' after they were told 'mummy's lost'
Steve-O says he cannot save 'dying' Bam Margera in emotional online post
Netflix has just added one of the funniest shows of the last 10 years
One of the best thrillers of all time is among the movies on TV tonight
Couple decide to live on cruise ship permanently after finding it's cheaper than paying mortgage
Netflix unveils first details of new anti-password sharing measures
You may also like
2 days ago
Actor to play Michael Jackson in new biopic has been revealed
6 days ago
Jameson offering free tickets for intimate secret gig to launch new Early House
2 weeks ago
The Last Of Us Episode One features an absolutely perfect needle drop
2 weeks ago
The JOE Friday Pub Quiz: Week 329
2 weeks ago
Shakira absolutely torches ex-boyfriend Pique in lyrics of new song
3 weeks ago
All 40 tracks that will be included on U2's new album, Songs of Surrender
Next Page