Over the past few days we've seen big awards shows from film to football, and plenty of sharply dressed men on the red carpet

From Zurich to Los Angeles, there was plenty of style on display from some of the best dressed men in football and cinema, so we've decided to take a look at a few of our particular favourites.

Cristiano Ronaldo
The man of the moment had to wait a while to get his hands on this trophy again, and when his time to shine came, he went with a classic look, if not a tad shiny. Even Ronaldo Jr. sported a tux print cardigan, which was incredibly hipster. 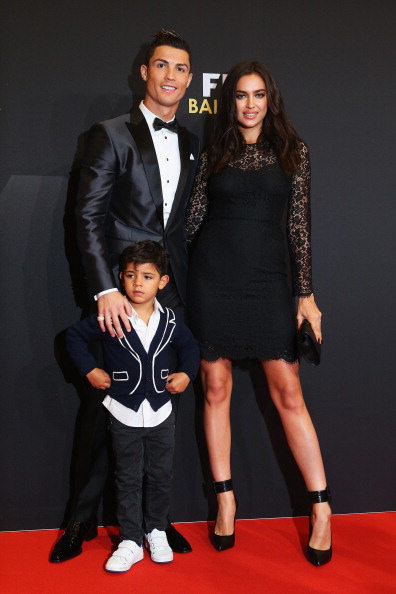 END_OF_DOCUMENT_TOKEN_TO_BE_REPLACED

Micahel Fassbender
We might be biased seeing as he's Irish, but if you turn up to an awards ceremony in a tux and sunglasses, you're pretty badass in our book.

Jürgen Klopp
His trademark is looking a bit disheveled and carefree, and he brings a touch of that even to his formal wear with his tie slightly askew. We like those glasses too.

Matthew McConaughey
Three piece, velvet and a nice shade of green - need we say anything else?

Lionel Messi
Messi went for a bold colour last night, and it's becoming a trait of his to wear unusual suits to the Ballon d'Or ceremony. This one is a hit, at least with us, matched with him staying classic with the shirt and neckwear. We have to respect the daring choice.

Usher
Another offbeat choice here with a dark maroon coloured tux, but when matched with the black shirt and black bowtie, we must admit that this looks pretty great.

Franck Ribery
He might not have won on the night, but this shawl lapel is very James Bond, which makes him a winner in our book.

END_OF_DOCUMENT_TOKEN_TO_BE_REPLACED

Jared Leto
His neckwear gets our seal of approval.

Zlatan Ibrahimovic
Very classic, and we like the fact that he chose to go with a suit and tie instead of the tux.

Chris Hemsworth
This midnight blue velvet three-piece might be the pick of both nights, it's definitely one of the best we've seen. He also has the lovely Elsa Pataky on his arm, which makes us jealous on two counts, once you include our sartorial envy of his three piece.

Open gallery
popular
CMO says it's "important to remember" infections in vaccinated people doesn't mean vaccines don't work
Leo Varadkar said he tried to be "extra careful" while attending Katherine Zappone's 50 person function at hotel
Scientist says decision to go ahead with communions and confirmations could lead to "super-spreader events"
Netflix unveils its full list of classic movies arriving throughout August
1,314 new cases confirmed across Ireland as total of deaths related to Covid-19 climbs to 5,044
Netflix has quietly added 12 great movies to its library today
WATCH: Matt Damon reacts to Dalkey bar creating a cocktail called The Matt Damon
You may also like
10 months ago
QUIZ: Do you know the names of these classic trainers?
1 year ago
New Irish fashion label seeking ‘burly’ male model to be the face of the brand
1 year ago
Aer Lingus unveil brand new uniform for flight attendants
1 year ago
Nine outfits you have definitely seen men wear on a night out in Ireland
2 years ago
These 'shoe condoms' could be just what you need this festival season
2 years ago
PICS: The new male and female Garda tracksuits will be a big hit this summer
Next Page
Life | 7 years ago
8
shares