Freshly-brewed Guinness to be delivered to over 10,000 pubs in Ireland in the coming weeks

It’s been a long time since we’ve heard a sentence as satisfying as that.

In recent weeks and months, time has become something of an alien concept.

How many times, for example, have you had to ask yourself what day of the week it is? Have you found it difficult to distinguish the weekend from the rest of the week? Can you believe we’re actually in the middle of June?

END_OF_DOCUMENT_TOKEN_TO_BE_REPLACED

Thankfully, with a clearer picture of when society and business can reopen in Ireland, it's not as much of an issue anymore. And two dates that are looming large in the not too distant future are 29 June and 20 July, when restaurants and pubs will reopen across the country.

With that in mind, Guinness has unveiled the detailed measures it is taking in thousands of pubs across Ireland in a bid to support the hospitality industry in preparation for the phased re-opening of restaurants and pubs this summer, as part of what it has described as “one of the most significant quality checks in history”.

To that end, a 195-strong team of dedicated Guinness experts have visited over 10,000 pubs across the island of Ireland in Quality vans famously featured in the Guinness ‘San Jose’ TV ad. 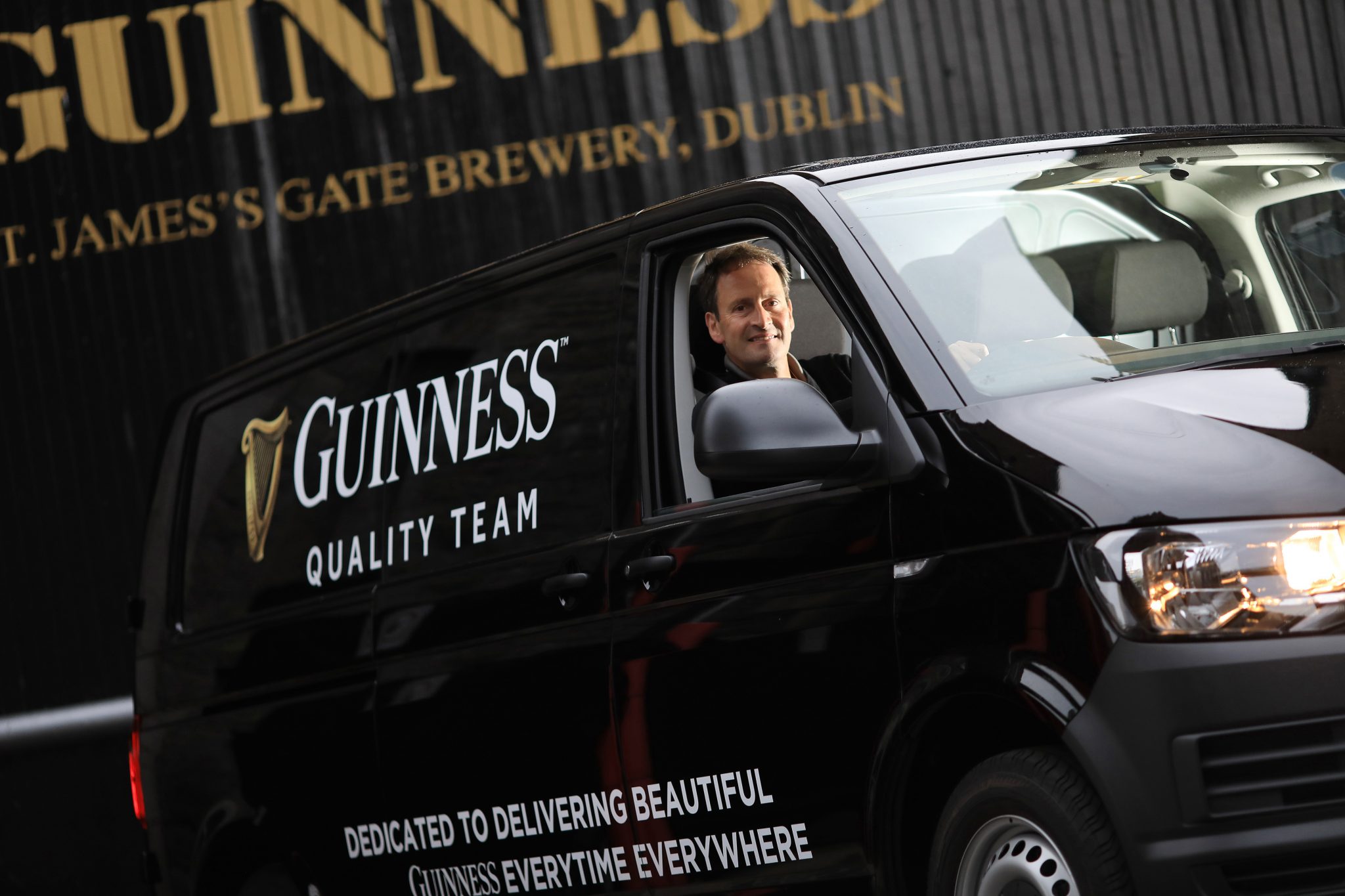 END_OF_DOCUMENT_TOKEN_TO_BE_REPLACED

Rigorous line cleaning has been carried out in an effort to ensure only the best quality pint is poured, every time. This involves over 70,000 lines being meticulously managed to allow fresh beer to be served and enjoyed in pubs across Ireland.

The line cleaning is facilitated by an innovative technology called ‘Surge 20X’ - a system specifically developed by Guinness in 2016 designed to produce the cleanest lines possible, achieved by recirculating rapid flows of water and detergent mix during the cleaning process.

As a result, over the coming weeks, freshly brewed Guinness will be delivered to over 10,000 publicans across Ireland, ensuring that fresh pints and glasses of the black stuff will be served when restaurants and pubs reopen in the near future..

Guinness has also announced a partnership with Irish technology innovation company ‘anyExcuse’ to provide the licenced trade with a quick and easy way to manage table bookings and contactless table service. Customers can order and pay for food and drinks from their mobile device while seated at their table, while a click and collect function is also included.

END_OF_DOCUMENT_TOKEN_TO_BE_REPLACED

The platform is available free of charge for six months and publicans can sign up here.

Commenting on the range of measures announced by Guinness, Global Head of Quality at Diageo, Stephen Kilcullen said: “Our dedicated Guinness Quality teams are on the road, calling to our licensed partners, undertaking a series of rigorous checks with the utmost care and individual attention, guaranteeing that people all over Ireland can enjoy a fresh, beautiful pint of Guinness when restaurants and pubs reopen.”

Oliver Loomes, Managing Director of Diageo Ireland, added: “Guinness is committed to the success of restaurants and pubs across Ireland as they begin to safely reopen while adhering to government guidelines.

“Alongside the comprehensive quality plan to guarantee beautiful pints, we have been providing the trade with significant levels of support on all aspects relating to their evolving needs, including the establishment of a €1.5 million Guinness Fund for bar staff and communities impacted by Covid-19.”