It's very easy to forget just how insane we all went when Krispy Kreme opened up their 24-hour drive-thru in Blanchardstown back in 2018.

We literally lost the plot.

Beeping car horns to celebrate getting a few doughnuts and hour-long queues became the norm, but that has all calmed down quite a bit lately.

But if you are still a die-hard doughnut lover, then we reckon we could have the dream job for you.

The doughnut shop are looking for people who want to work in an "exciting fast-paced environment", and it helps if you've got strong teamwork skills.

If you're still not tempted to throw your CV in, you should probably know that employees get free doughnuts and hot drinks for free on breaks, and a 50% discount if you're taking them home afterwards. 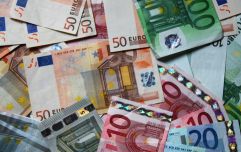 END_OF_DOCUMENT_TOKEN_TO_BE_REPLACED

Candidates for the job must be over the age of 18, and must have proof of their right to work in Ireland.


popular
QUIZ: How many of these Derry Girls characters can you name?
Sinn Féin announce a series of public rallies to take place in five counties
Brendan Gleeson's upcoming performance as Donald Trump is 'scary' and 'too close for comfort'
How well do you remember these classic PlayStation 2 games?
QUIZ: Can you name the Sega Mega Drive game from the screenshot?
5 new Netflix additions to spend your weekend watching
The JOE Friday Pub Quiz: Week 179
You may also like
1 year ago
Early reports suggest Bank Of Ireland could be cutting up to 20% of their workforce
1 year ago
A new €130m cheese facility is set to be built in Portlaoise
1 year ago
A new Irish show is seeking music-loving TV presenters and no experience is required
1 year ago
Supermac's to open three new outlets, creating 200 jobs
1 year ago
Irish people wanted for "all expenses paid" work in Dubai
2 years ago
Great news for Irish people who are looking to work in Canada
Next Page