She also confessed her love for blood pudding during her UK visit.

The 29-year-old has become known for her frequent jaunts around the world, sharing visits to Paris, Berlin, Marrakech and London with her 28 million Instagram followers. 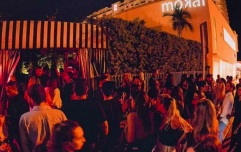 END_OF_DOCUMENT_TOKEN_TO_BE_REPLACED

But it was the small coastal town of Whistable in Kent that really captured her imagination. Khalifa recently spent a fortnight there, saying she was "heartbroken to leave".

Her affection for the place was reflected by the fact she returned last week, writing on Instagram: "Whitstable, I adore you." 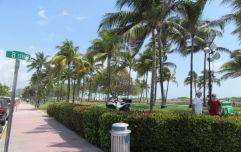 JOE Backpacking Diary #2 - "From partying in Miami to shitting myself in Guatemala City, it's been a strange week"

END_OF_DOCUMENT_TOKEN_TO_BE_REPLACED

And once again, she was devastated to leave, sharing a picture as she landed in Miami with the caption: "Whitstable > Miami."

The unlikely love affair has gone down a treat with Brits.

One Twitter user wrote: "Seeing @miakhalifa become a Whitstable seaside girl is the best part of my year."

Others noticed that she's even changed her Twitter banner to a sunset in the town. 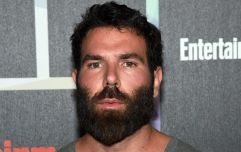 Video: Footage of Dan Bilzerian kicking a girl in the head in a nightclub in Miami

END_OF_DOCUMENT_TOKEN_TO_BE_REPLACED

"Love how you've got Whitstable as your banner," one fan wrote.

She showed off some of the swanky shops to her Instagram followers, in a post captioned: "A perfect Sunday? Blood pudding and Annie’s and Bentley’s and Selfridges.

Whitstable is renowned for its famous 'Native Oysters' as well as its multi-coloured beach huts.

Its traditional charms, rich maritime history and strong arts culture complement the modern town, which is just over an hour's train out of London.

popular
BBC apologises after calling Paul Mescal 'British' in Oscar coverage
New Netflix series deserves to be as big as Stranger Things
This is what the cheapest house for sale in Dublin looks like
Netflix has just added one of the best sci-fi movies of recent years
Couple left unable to eat or drink after spending €4k on 'Turkey teeth'
Irish names among the top 10 hardest words for British people to pronounce
Barry Keoghan mentioned in UK Parliament speech during government debate
You may also like
5 months ago
Two Irish people arrested in "smuggling event" near Miami
6 years ago
VIDEO: Take a look inside Floyd Mayweather's new $7.7m mansion
8 years ago
Video: Kilkenny Hurlers play a game of volleyball with new best friend Edwin van der Sar
8 years ago
Vine: This kid produced the funniest and creepiest celebration we've seen in a very long time
8 years ago
Vine: Ecuador just scored an absolute beauty against England in Miami
8 years ago
Vine: ITV get their World Cup coverage off to a bang with Miami/Rio cock up
Next Page