It's a boy! But the newest addition to Dublin Zoo needs your help

Dublin Zoo have announced the birth of a male Asian elephant calf. Proud Mum, Yasmin, gave birth to the healthy calf on Monday afternoon, 15 May, after a 22-month gestation period. The calf is estimated to be one metre tall and weighs approximately 130kg.

This new arrival is Yasmin's fourth calf and the sixth elephant calf born at Dublin Zoo in less than three years. The new-born will join the herd of 10 Asian elephants, including father Upali, in the Kaziranga Forest Trail.

END_OF_DOCUMENT_TOKEN_TO_BE_REPLACED

The arrival of the new calf was a truly special moment for the entire Dublin Zoo team. Commenting on the latest addition to the Asian elephant herd was Operations Manager at Dublin Zoo, Gerry Creighton:

"It is with immense pride that we announce the birth of the latest addition to the Asian elephant herd here at Dublin Zoo.

"The birth of an Asian elephant is an amazing spectacle and this was no exception. The arrival of the calf was greeted with celebratory trumpeting and each member of the herd, from the oldest to youngest, played a role in assisting with the birth.

"We've been on an incredible journey over the past three years, overseeing the birth of six elephants calves, placing Dublin Zoo as one of the most successful Asian elephant breeding programs in the world. The recent births are of huge significance for the future of the endangered Asian elephant." 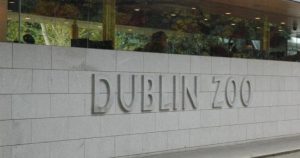 Advertisement
This is where Dublin Zoo needs your help. They are inviting the public to suggest a name for the new arrival based on his Asian origin. Name suggestions can be submitted at www.DublinZoo.ie.
The new arrival can be found in the Kaziranga Forest Trail in Dublin Zoo.

popular
The new film from the creators of South Park is going to get some big reactions
The JOE Movie Quiz: Week 137
Put the pedal to the metal with this General Knowledge Quiz
That Nic Cage film everyone is talking about is finally available to watch at home
Location of winning Lotto jackpot ticket worth €19.06 million confirmed
The JOE Friday Pub Quiz: Week 277
One of Ryan Gosling's best performances is among the movies on TV tonight
You may also like
3 weeks ago
QUIZ: Do you know the collective name for these groups of animals?
1 month ago
Public urged not to abandon their older pets as part of new Christmas campaign
2 months ago
Pet dog catches Covid from its owner in first UK case
3 months ago
National Poisons Information Centre issues warning over false widow spiders
4 months ago
Liveline listeners shocked as woman tells of youths harming dog in Dublin
4 months ago
Terrifying video shows guest at reptile centre rescuing handler pulled in by alligator
Next Page