Close your eyes. Clear you mind. Don't think about Brexit. 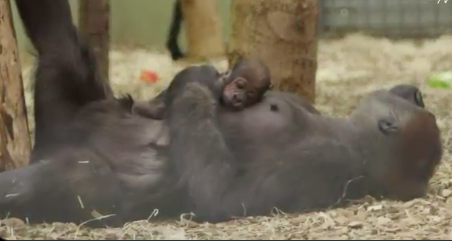 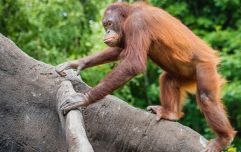 Dublin Zoo to reopen from 2 June

END_OF_DOCUMENT_TOKEN_TO_BE_REPLACED

BAM. Take that Brexit, we've got a new gorilla. The six-day-old wee creature was born to first-time mum Vana and dad Bangui in Dublin Zoo on Saturday, weighing roughly 2-2.5kg.

According to Dublin Zoo, the baby is yet unnamed and keepers have been unable to determine the gender, as the mother has kept the baby western lowland gorilla close to her chest since birth. The baby is Bangui's second child in six months, he fathered the new baby's half-sister Asali earlier this year.

Aisling Kenneally, Zoo Keeper at Dublin Zoo said: "We’re delighted to announce that a second baby gorilla has been born at Dublin Zoo this year. As western lowland gorillas are critically endangered, it’s amazing that we have had not only one but two new births within a few months."

Dublin Zoo, based in Phoenix Park, has also shared an adorable video of the newborn's first few days, which you can watch below.

We are delighted to announce the birth of the second baby gorilla in 6 months!

The baby, whose sex is yet to be determined was born to first-time mum Vana and dad Bangui on Saturday 12th October, so is just 6 days old😭🤗

You can read more information about the new baby gorilla here. Dublin Zoo have confirmed that there will be soon a naming contest open to the public to help name the baby.

popular
Dr Ronan Glynn says there will likely be no need for vaccine passports by June
Three-year-old girl dies after being struck by a bus in Tipperary
Taoiseach Micheál Martin says hotels across Ireland could reopen by June
Hank Azaria feels he needs to apologise "to every single Indian" for playing Apu in The Simpsons
Japan to release one million tonnes of contaminated Fukushima water into the sea
Dr Ronan Glynn says six more weeks of strict restrictions needed to prevent fourth wave
Steven Avery's lawyer says nephew Bobby Dassey planted evidence in case
You may also like
4 months ago
The JOE Movie Quiz: Week 79
4 months ago
Taoiseach promises Dublin Zoo “will get the help it needs” amid fears it may have to close for good
4 months ago
Campaign launched to "Save Dublin Zoo", amid fears it may have to close its doors for good
1 year ago
Dublin Zoo is looking for elves to work with Santa this Christmas
1 year ago
Dublin Zoo offering half price tickets this weekend
1 year ago
Tickets go on sale for Dublin Zoo's famous Wild Lights exhibit on Friday
Next Page