PIC: Irish guy in Australia suffers the most hilarious case of sunburn you’ll ever see

We know it’s sore, but we can’t help but laugh.

You can give us as many warnings as you like, but as long as Irish people travel to places with warmer climates than Ireland, they will continue to suffer from very obvious, very painful and very dangerous cases of sunburn.

END_OF_DOCUMENT_TOKEN_TO_BE_REPLACED

JOE reader Rachael Stoddart and her boyfriend Jason moved to Australia recently and while spending some time outdoors in the Sydney heat, Jason forgot to apply the sun cream.

We’d love to say nobody will notice, but how could we do so while keeping a straight face? 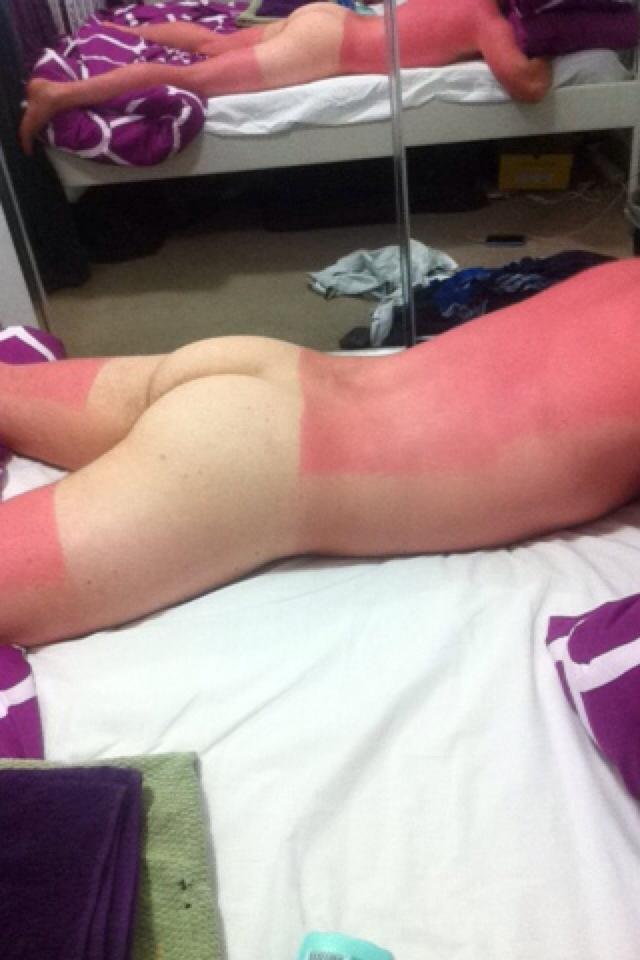 Rachael tells us that Jason hasn’t stopped whinging about it since, but it could be worse.

At least he can sit down without aggravating the problem, right?

The Big Reviewski || JOE · M. Night Shyamalan, Alex Wolff & Thomasin McKenzie talk about their new creepy thriller Old
popular
QUIZ: Ignite your brain cells with this testing general knowledge quiz
Professor suggests Garda checkpoints at Irish border to halt spread of Delta variant
The JOE Movie Quiz: Week 112
Paul Reid confirms over 68% of the adult population are now fully vaccinated
Sunshine and high temperatures to come to an end as Met Éireann predicts week of thunder and rain
The JOE Music Quiz: Week 67
The JOE Friday Pub Quiz: Week 253
You may also like
2 months ago
Shrek fan notices X-rated Easter egg that we all missed as kids
5 months ago
"I am not a cat" - Texas lawyer turns on kitten filter during court Zoom, and can't switch it off
1 year ago
25 of the funniest tweets you might have missed in October
1 year ago
WATCH: RTÉ raised their game with their Halloween reporting on Thursday
1 year ago
PIC: Man discovers 1998 Spanish article naming part of Cork the most sexually repressed place in the world
1 year ago
Personality Test: What percent clown are you?
Next Page