It was just one of the stops they shared the startling details of on Saturday.

Another day, and the Garda Traffic Corps are giving some shocking/depressing facts about their stops and arrests today.

This isn't far from the first time we've told a story like this either, such as this Kildare stop and seize van with a staggering amount of things wrong with it. 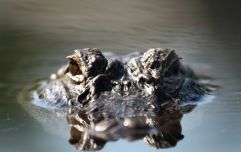 END_OF_DOCUMENT_TOKEN_TO_BE_REPLACED

And now, here we are, with another one:

Having spotted a driver holding a phone, they stopped the driver and performed a drug test.

Here are the results: 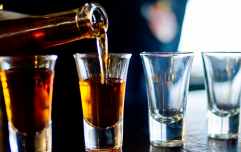 Alcohol is worse for the brain than marijuana, according to a new study

END_OF_DOCUMENT_TOKEN_TO_BE_REPLACED

Yep, that is positive for cocaine. And cannabis. AND opiates (which are in everything from codeine, to morphine, to heroin).

Additionally, the Garda Traffic Corps tweeted about the Naas Roads Policing Unit arresting a drunk driver at 10.30am on Saturday morning on the old Naas road as he was five times over the legal limit. He was charged with drunken and dangerous driving and will appear in court very soon.

And finally, there was this one in Cork: 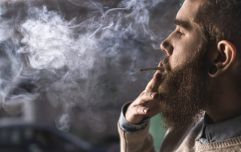 END_OF_DOCUMENT_TOKEN_TO_BE_REPLACED

Automatic Number Plate Reader (ANPR) had the Cork City police pull the driver over, who was found to have no insurance.

An oral fluid test is used to check for drugs in a person's system (which this person failed), while the roadside impairment test is the one you see in movies and TV all the time, i.e. can you walk in a straight line, close your eyes and touch the tip of your nose, stuff like that.

All of the above were reported across the country just on Saturday morning, so please do remember not to drink/drug and drive.

popular
One of the best Irish movies ever made has just been added to Netflix
Social welfare recipients to receive Christmas bonus this December
Amazon Prime Video has quietly added 10 big new movies to its library
8 great new additions to Amazon Prime Video in December
Ryanair condemns new Covid test rules for arrivals in Ireland as "gobbledygook"
Mica action group and Donegal TDs criticise government redress scheme
CONFIRMED: Face masks recommended for children as new rules for arrivals to Ireland announced
You may also like
1 month ago
After a decade on the run, Colombia's most wanted drug lord is finally captured
1 month ago
Festival-goers take multiple drugs at the same time, according to new research
2 months ago
Gardaí warn students over cannabis edibles and nitrous oxide balloons as Freshers' Week begins
4 months ago
Gardaí intercept attempt by organised crime group to import cocaine worth €35 million into Ireland
5 months ago
Fourfold increase in cocaine seizures in Ireland over one year, new data shows
5 months ago
US and Australia use 'crime app' to arrest hundreds across 18 different countries
Next Page