Christ, the place will be wedged.

After Con O'Callaghan danced his way through the Tyrone defence and expertly finished past Niall Morgan in last year's All-Ireland semi-final, the game was effectively finished because the Dubs never looked back.

Ultimately, after disposing of Mickey Harte's men, Dublin would go on to claim their third championship in a row but with the two sides meeting again at Croke Park this Sunday, Jim Gavin's men will be looking to continue their incredible winning streak.

Everyone from the capital will be cheering on the defending champions as they aim for a fourth All-Ireland in a row, a sixth championship in eight years, but there's no denying that plenty of neutrals would love to see Dublin knocked off their perch.

Tyrone are back in the All-Ireland final for the first time in ten years and when the sides met during the Super 8s in Omagh, the Red Hand County pushed Dublin all the way.

In a tight game, the defending champions edged it out by 1-14 to 0-14 and if that's anything to go by, we're set for another tense match in Croke Park.

For anyone that potentially fancies a few free drinks, Steppers Bar in Dungloe, Donegal are offering a very interesting promotion.

Basically, they're giving out free pints of Rockshore for every goal that Tyrone score in the game, but their next offer is quite interesting too. The bar is also pouring free shots of baby Guinness for every free that Dublin slot over the bar. 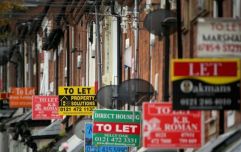 END_OF_DOCUMENT_TOKEN_TO_BE_REPLACED

When the two sides last met in Omagh, Dean Rock kicked 0-6 and four of those points were from frees. Last year, he kicked the exact same amount of frees when the sides met in the semi-final at Croke Park too.

Will Dublin be toasting another All-Ireland win, or will Tyrone be celebrating an underdog success? Regardless of the outcome, we're certain that there's going to be plenty of happy people at this pub.


popular
Here's Week 21 of JOE's 19 in 90 quickfire quiz
Interactive infographic shows real-time spread of coronavirus outbreak
Emirates is recruiting new cabin crew members in Galway for tax-free jobs
Galway parish reports record high attendance at Ash Wednesday drive-thru
QUIZ: The devilishly tricky grammar quiz that will drive you around the bend
The 50 most iconic songs of all time* have been revealed
Singer Duffy reveals she was drugged and raped while being held captive
You may also like
6 days ago
Army bomb squad called in over suspect device found in North Dublin
1 week ago
Two men arrested in connection with shooting in Lucan in November
1 week ago
Investigation launched into Phibsborough incident following match
2 weeks ago
Woman arrested after man stabbed multiple times in serious assault in Dublin
3 weeks ago
Gardaí share images of cash and clothes following seizure in Dublin
4 weeks ago
LEON to open its second Dublin restaurant in February
Next Page