Top 5 alcohol fails at Christmas – don’t be that person

Brought to you by Drinkaware.

Christmas is coming, to paraphrase Game of Thrones.

And the Christmas party season is in full swing.

The chances are that you've already heard one drunk person massacre 'Fairytale of New York' on the bus. 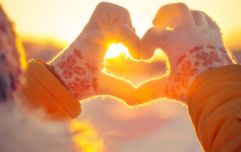 END_OF_DOCUMENT_TOKEN_TO_BE_REPLACED

Drinkaware have just released a new interactive quiz to give people an insight into their drinking habits. Remember that singing terrible versions of Christmas anthems is not the worst consequence of excessive drinking!

With this in mind, here are some common fails that you might want to avoid this Christmas.

Getting drunk at your Christmas party

The fear. We’ve all suffered the fear after an office party.

You’ve vague memories of professing your undying love for Jean from accounts and explaining to your boss why he’s such a terrible manager.

You also have a three hour blackout that may or may not lead to a career change in the near future.

Getting sick in public

There’s nothing sadder than seeing an inebriated guy getting sick on the street after too many festive drinks (unless you are the guy in question).

His Christmas jumper now features a decorative pattern that was once his dinner and the Santa hat is just a grim cherry on a drunken cake.

Sure, someone put a lot of effort into dinner but your head feels like you got in a fight with Chuck Norris. Why should the rest of the family enjoy their Christmas dinner when you’ve got the mother of all hangovers?

Being a 12 pubs casualty

The 12 Pubs of Christmas has a way of making normally intelligent people imagine that they’ve developed an immunity to alcohol.

They can’t drink 12 pints at any other time of the year but somehow imagine that some kind of Christmas magic will kick in. So they ignore all that science-based evidence that the night will end in tears.

It started out as a few drinks with the extended family. Somewhere along the line, you had one too many drinks and decided to tell Auntie Mary what you really think of her.

Now everyone is shouting, small children are crying and your mother is starring at you with a look that suggests she's not best pleased.

Christmas can be a much more enjoyable experience when you don’t go overboard or exceed your limits. Drinking too much can cause severe short-term and long-term effects on your physical and mental health.

Take Drinkaware's new quiz to get an insight into your drinking habits and see whether your weekly intake is within the recommended amount. Test yourself and see how your friends measure up.

It will even offer some helpful tips on how to change your drinking habits and have a better experience on your nights out.

Brought to you by Drinkaware.

popular
One of Keanu Reeves' best movies has just been added to Netflix
The JOE Movie Quiz: Week 131
"Clear as daylight" that unvaccinated people are a risk to themselves and others - Taoiseach
Met Éireann issues Orange weather warnings for five counties ahead of Storm Barra
QUIZ: Do you reckon you can get 15/15 in this General Knowledge Quiz
QUIZ: Can you get full marks in this General Knowledge Quiz?
A terrific crime thriller is among the movies on TV tonight
You may also like
2 days ago
10 must-watch shows and movies arriving on NOW this December
2 days ago
Just in time for Christmas, all eight Harry Potter movies are now available to stream at home
3 days ago
COMPETITION: Just in time for Christmas, we've got a €200 One4All voucher to give away!
5 days ago
The West is hiring! Now might be the perfect time to move home to the West of Ireland
5 days ago
Working from home and 4 other reasons you might be entitled to claim back tax
1 week ago
One of the most shocking corporate documentaries ever made is available to watch this weekend
Next Page