It's easy to laugh about the Dominic Cummings scandal.

When Bobby Sands famously said that "our revenge will be the laughter of our children," there's no way he could have known that so much of our laughter would come directly at the expense of Great Britain.

This week, the UK has doubled back in order to jump the shark once more, with as much grace as ever, before wiping out into political meltdown over the antics of Boris Johnson's chief strategist Dominic Cummings.

END_OF_DOCUMENT_TOKEN_TO_BE_REPLACED

It had earlier emerged that Cummings, also the mastermind behind the Leave campaign vis-a-vis Brexit, drove approximately 260 miles from London to Durham, during lockdown, in order to procure childcare in case he became sick, and separately went to work at 10 Downing Street despite his wife having shown symptoms of Covid-19.

In an hour-long press conference given in No. 10 Downing Street's Rose Garden, which looked suitably like an Alice in Wonderland courtroom, Cummings refused to apologise or express regret, and said he had told Johnson about his intention to travel north - but that the pair both forgot the conversation.

While answering for the above lockdown breaches, Cummings also enlightened the world that the reason he took another trip, this time to beauty spot Barnard Castle (on his wife's birthday, no less), was simply to test his eyesight with a 45-minute drive.

END_OF_DOCUMENT_TOKEN_TO_BE_REPLACED

Nevertheless, Johnson and his cabinet have defended Cummings throughout with an almost-suspicious fervour, given the swell of public opinion against an unelected advisor who fulfils what one would think is a rather expendable role. Nobody voted for Dominic Cummings.

Still: Johnson, Rabb, Gove, Hancock - all of them are among the very small, very loud, very powerful handful of Britons who seem to think Cummings did nothing wrong.

Tuesday morning saw the first resignation of a Junior Minister in protest. Echoing the sentiments of many, Tory MP Douglas Ross wrote: "I have constituents who didn’t get to say goodbye to loved ones; families who could not mourn together because they followed the guidance of the government. I cannot in good faith tell them they were all wrong and one senior advisor to the government was right." 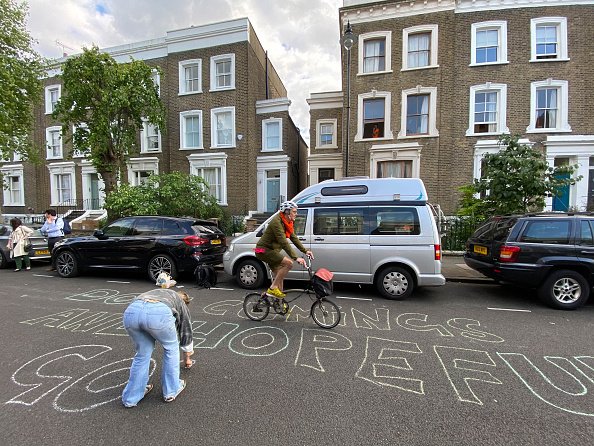 END_OF_DOCUMENT_TOKEN_TO_BE_REPLACED

On the Labour side of the political spectrum, MPs and commentators seem to think that Cummings has brought the UK's international reputation to an all-time low.

MP David Lammy, for example, tweeted today: "Remember when the UK was respected around the world? Now imagine how we must look today." Leading Brexit commentator James O'Brien wrote: "Imagine, for a moment, how we currently look to the rest of the world."

Those statements read not so much as hysterical, but delusional. Much of the rest of the world has spent centuries trying to free itself from the tyranny of the British empire, and since then has watched them pursue a nonsense war in the Falklands, illegal wars in the Middle East, failures of accountability in instances of mass death such as Hillsborough and Grenfell, and the omnishambles that is Brexit - a democratic decision to definitionally leave themselves worse off.

Those of us outside Great Britain have had plenty of time to evaluate the esteem in which we hold its decision-makers. No Irish person watching yesterday's press conference was surprised or anything.

But that doesn't make this latest episode any less serious.

Not only has Cummings undermined the rules he himself set, but the entire government has said he was right to do so. In one breath, ministers have denied the right of parents to attend the funerals of their children, or children to be with their parents as they died alone. In the next breath, they have said Cummings acted as any father would have when he tested his eyesight by driving on some bendy roads with his four-year-old in the backseat.

People will die as a result of this new confusion, contradiction and mixed messaging. There can be no other outcome of government ministers appearing on television to tell the public that it's fine to break lockdown rules if you really feel you must.

The United Kingdom already shamefully boasts the highest number of Covid-19 deaths per capita, which surely has something to do with their catastrophic early herd immunity policy and insistence on carrying on with enormous sporting events, such as the Cheltenham races. Nobody should downplay this latest misstep as anything other than a government which has failed horrendously to protect its people from a killer virus.

Now the public has been told in no uncertain terms that the phrase "exceptional circumstances" can apply to any inconvenience at all. Either that or it's one rule for the likes of Dominic Cummings and another for everyone else, the ones who actually have to obey the laws of a country where 47,000 people have died of Covid-19 since March.

So maybe we shouldn't be laughing anymore. Despite the absurdity of the circumstances, or our justified incredulity, or the fact that Cabinet ministers like Michael Gove will go on radio and telly and laugh heartily as they defend Cummings, knowing that they belong to that class of people who will go through life without ever meeting with the consequences of their actions.

The behaviour of Cummings, Johnson, and their ilk is laughable. The outcome is not.

popular
20 years ago, one of the best sci-fi movies of the 21st century was a box-office bomb
U2 drummer Larry Mullen Jr. says band may perform without him in 2023
Peter Kay moved to tears on stage while opening his first stand-up tour in 12 years
Mia Khalifa claims seaside town is better than Miami
Patient arrested after switching off roommate's ventilator because it annoyed her
Simon Cowell concerns fans with appearance as they 'don't recognise him'
The 50 most iconic songs of all time* have been revealed
You may also like
1 month ago
Leo Varadkar advises public to mask up as Covid restrictions debate returns
1 month ago
Ireland's new chief medical officer issues winter advice as Covid cases rise
2 months ago
“It’s like insects are crawling all over your body.” Irish people reveal impact of Long Covid
2 months ago
Vaccines adapted to Covid variants to be rolled out as part of booster programme
4 months ago
A county-by-county breakdown of the number of pubs closed in Ireland in the last two decades
4 months ago
Covid-19 testing centres may be stood down entirely later this year
Next Page