They’re obviously fond of the place.

Earlier this month, we brought you footage captured by the folks at Ardmore Adventures of a close-up encounter with a basking shark in the seaside town in Waterford.

With the weather Gods smiling down upon us, JOE reader Brian Dowling took a trip to Ardmore on Sunday afternoon, when 11 basking sharks could be spotted in the water at the same time as a group had taken a few kayaks out for a spin. 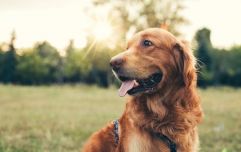 5 dog friendly breaks for you and your pup

END_OF_DOCUMENT_TOKEN_TO_BE_REPLACED

It’s not quite as up close and personal as the encounter with the basking shark from earlier this month, but it’s still pretty spectacular stuff; it’s a good job Brian had the drone in the car.

Cheers to Brian Dowling for sending this our way. If you have something you would like to share with us, send it to our WhatsApp number 087-4001102, editorial@JOE.ie or hit us up on Facebook or Twitter.

House of Rugby Ireland · Quinn Roux on finding a home in Ireland and Mike McCarthy brings the absolute HEAT!
popular
The JOE Movie Quiz: Week 85
OFFICIAL: Peaky Blinders will end after the sixth season
Joe Biden inauguration rehearsal paused as Capitol building goes into lockdown
QUIZ: Name all the countries of the EU that contain 2 vowels or less
QUIZ: Can you name the Marvel Cinematic Universe film from just a single screen shot?
Eight more people with Covid-19 have died in Ireland, 2,121 new cases
Garda issue warning about courier payment scam
You may also like
3 months ago
Man in his 60s stabbed at house in Waterford
6 months ago
House party attended by over 50 people described as “grossly irresponsible” by Waterford Mayor
8 months ago
Three men assaulted by man with dog in Waterford
9 months ago
Gardaí investigating three incidents of emergency service members being coughed or spat at while on duty
9 months ago
Teenager arrested for allegedly coughing on people in Waterford
10 months ago
Man arrested for spate of burglaries in Cork and Waterford
Next Page