Surrealing In The Years - the weirdest things that happened in 2021

We've been witness to some of the most heartwarming moments in Irish history, and some heartbreaking stories from around the island. 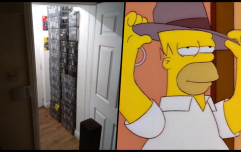 END_OF_DOCUMENT_TOKEN_TO_BE_REPLACED

Some of it has also been really feckin' weird.

You'd be forgiven for forgetting that some of this stuff actually happened this year, and wasn't part of a surreal lockdown induced dream.

Here's our favourite moments of madness from this year.

Minister for Health Stephen Donnelly has not exactly had a landmark year.

Between reports of him not being very well liked by NPHET to comparisons with Ron Burgundy and David Brent, it's safe to say that 2021 is one year Donnelly would want to forget.

What we can't forget, however, is the reaction the Irish public had to the Minister's thumbs up emoji to Chief Medical Officer Dr Tony Holohan after being informed the reproductive rate of the virus was growing. Check the replies to this tweet.

Thanks to the on-going efforts of our brilliant vaccination teams, the Ambulance Service, the Defence Forces and many others right across the HSE, by yesterday we had administered almost 200k vaccines. 👏👏👏

Here are some other facts & figures for the past week. pic.twitter.com/tx8NIJVGA2

In fairness, he should have seen it coming. 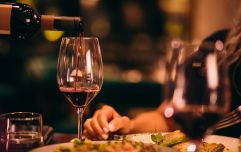 END_OF_DOCUMENT_TOKEN_TO_BE_REPLACED

Okay, there's a LOT to unpack here, so here goes;

In 2015, young Ruairí McSorley went viral following an appearance on UTV News, making "ye wouldn't be long getting frostbit" a regular quote every winter from now until the end of time.

After a few sponsored videos (and a really weird Irish country music video), McSorley disappeared for years, presumably to a live a normal life.

That is until this year, when he was rescued off the coast of Kerry, much hairier than before, surrounded by dolphins.

If you had "Frostbit boy to reveal himself as a druid" on your 2021 bingo card, congratulations (and also send us your prediction for the winning Lotto numbers).

Isn't it great that we have a free transport service in Ireland?

Irish Twitter went into meltdown while trying to gaslight Luas inspectors that the Luas has always been free, which prompted a response from the Luas themselves.

Some people even ended up receiving fines all in the name of carriage-ing against the machine.

Maybe they'll take the hint one day and our Leap cards will be a thing of the past.

If tomorrow never comes, at least we got the return of our prodigal cowboy.

Garth Brooks confirmed that he would be playing five nights in Croke Park in 2022, which sold out immediately.

The announcement came along with a surreal press conference, where Brooks took his captive audience on the emotional journey which lead him to cancel all those gigs seven years ago.

In fairness to him, any man who can sell 400,000 tickets in one day has to be congratulated.

Walrus man, take me by the hand

We were still deep in the throes of woe following the demise of our beloved Fungie when Wally the Walrus appeared to give us a brief respite from the pain of losing such an iconic creature (and for the people of Dingle to lose their cash cow).

However, while Wally eventually returned home to Iceland, one man has been forever cemented in Irish history as our own personal walrus.

Anthony Fitzgerald's impression of the walrus went viral in March, where he suddenly and unpromptedly began the gurgling.

Mario Rosenstock, eat your heart out.

The guy at the top of this report about the Irish walrus 😂😂😂 pic.twitter.com/nYhYfGmDCt

To paraphrase renowned wordsmith Wayne Rooney, "White water rafting has passed away. RIP u will live on forever. Cant believe it. I wanna run to u. Really cant believe this. @"

From day one, the idea of turning a section of Dublin into a Water Wonderland was never going to float.

It was funny at first, but when the expected cost of the installation doubled to €25 million, it was clear that it was a bad call all round.

But the ship has sank, and the raft is no more.

It's gone off to the big WaterWorld in the sky...

Putting the Ra in Nigel Farage

Like a bad penny, Nigel Farage turns up everywhere.

When he's not broadcasting on a failing television station or being publicly embarrassed on national radio, the Brexiteer has found an interesting new form of income.

He's spent the whole year in the news for being paid to say republican slogans on Cameo.

Between a triumphant "Up the Ra" to a birthday shoutout for a Mr G. Adams (no, that's too obvious, let's say Gerry A.), Farage has been ridiculed again and again for spouting sentiments that go against his "propah Bri'ish" demeanor.

Except, he's getting paid a pretty penny for each video, so who's really the fool here?

God is a DJ

When I enter a nightclub (if I ever can again, and if so, past the hour of 12), do you know what my first thought is?

"I hope that this place has been blessed by a priest."

So, you can imagine the joy in my heart when I heard that a nightclub in Donegal had done just that.

Speaking to JOE, Father Brian said he would be sure to return as the "spin master" when possible.

'God's Plan' hits different when there's a priest on the decks, we think...

There is nothing that gets Irish people going like a dodgy film made about Ireland.

Usually, it's a film with one or two flaws; Julia Roberts' accent in Michael Collins, every Irish language film either being weird or soul crushingly depressing.

But nothing alighted our capacity to rip the piss out of Hollywood quite like Wild Mountain Thyme.

The plot was bonkers, the setting was very "Oirish", and it got to the point where poor Jamie Dornan didn't even sound like he was from the island.

A mess all round, but a great laugh all the same.

Jamie managed to have the last laugh on our own Eoghan Doherty who had joked about the film during a chat with Colm Meaney.

Finally, to end the year on a high, we have to talk about Neven Maguire's love of techno.

This came out of the blue honestly.

During an interview with Tommy Tiernan, Neven revealed that he listens to dance music while cooking, and that he has a collection of 2000 records.

By the sounds of things, he was raving mad during the 90's, performing free sets in a nightclub in Enniskillen.

Since the interview, he's been sharing tunes from his record collection on a near-daily basis.

It sounds like when he's not mixing ingredients, he's mixing beats on the decks.

It's only right that we finish on a selection of some of his tracks, so here's "Songs That Get Neven Maguire's Spuds Boiled".

And we can assure you that each of these tunes are Bord Bia quality assured.