When it comes to the housing crisis, give up hope, now

It doesn't matter whether or not Minister for Housing Eoghan Murphy resigns.

The Fine Gael TD has faced motions of no confidence and calls for his head, and the pressure has mounted as the prospect of hideous co-living developments hangs over Dublin thanks to his lowering of apartment standards.

Yesterday, TD Mick Barry asked Leo Varadkar if he was tempted to give Murphy the sack. But why on earth would Varadkar do any such thing? Green Party MEP candidate Ciarán Cuffe called for his resignation. Sinn Féin previously tabled a motion of no confidence in him, which was supported by Labour. 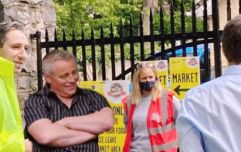 END_OF_DOCUMENT_TOKEN_TO_BE_REPLACED

But while the rest of the country toils beneath the notion that there is a housing crisis, Fine Gael simply see a housing policy working as it should. Varadkar is perfectly fine with current rent prices and homelessness levels. Even if Murphy lost his job, it would be a face-saving exercise, and his replacement would carry on in the very same vein.

After all, Murphy has only been Housing Minister since 2017. The last man to have the position was Simon Coveney. There was a "crisis" during his tenure too... and he was promoted to Tánaiste.

We must accept that Fine Gael are not incompetent. The housing market is, more or less, working the way they want. Murphy specifically changed the standards for apartments in order to facilitate proposals like that of Bartra Capital's - the infamous Dun Laoghaire proposal which would see 41 people share one kitchen on each floor.

Elsewhere, Varadkar has played down the homelessness crisis, saying that Ireland's homelessness figures are better than many of our peer countries. This isn't true according to the most recent available data, but even if it were, it's a stretch to say it justifies over 10,000 homeless — a figure which has risen by 7,000 since 2014.

Lowest unemployment rate in Ireland since 2005! Largest number of people in work ever. Economy going well. Sensible economic plans being pursued by Government paying dividends and providing the resources to invest more in public services https://t.co/bqQanYpr6D

Yesterday, in a desperate attempt to ignore Murphy's gaffe, Varadkar and co. were championing the lowest unemployment figures since 2005. Is that good news? Sure, fewer people can afford property than ever, you're more likely to end up on a hospital trolley than ever, but hey: at least we're working really hard for it. 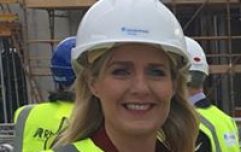 END_OF_DOCUMENT_TOKEN_TO_BE_REPLACED

Because of their oafish mannerisms and clunky turns of phrase, their private-school aloofness and disinterested arrogance, it is very easy to cast Varadkar and Murphy as incompetent.

If only they were incompetent. In a cruel twist of fate that would make Seymour Skinner say 'Oh. That's much worse,' the reality is that Ireland is going exactly according to plan for the likes of Fine Gael's leadership. Their policy is to make it easier for developers, whose primary motivation is profit, to develop profitable projects - such as a 41-man-to-a-kitchen "co-living" space.

Fine Gael might talk about solving the housing crisis, but they have told us on numerous occasions that they don't believe there is a housing crisis. They voted against the declaration of a housing crisis. They opposed a bill to increase social housing on private developments. They voted against the right to housing. They routinely use the language that people who work deserve houses. They have made it abundantly clear that housing everyone in Ireland is not a goal of their government.

The state owns enough zoned land to build 114,000 homes, according to policy expert Mel Reynolds. They own enough land in Dublin to just about clear the city's entire social housing waiting list. They plan to build, acquire, or lease just 36% of that figure. They missed their target for social builds in 2018.

This is Fine Gael's strategy, and it will outlast Eoghan Murphy. If a substantive change is to be wrought, the solution is to vote Fine Gael out of power. 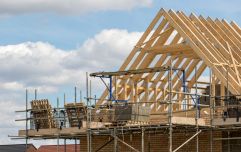 END_OF_DOCUMENT_TOKEN_TO_BE_REPLACED

Only it's not that simple.

Ireland has only ever been ruled by two parties; Fine Gael, and Fianna Fáil. Fianna Fáil were most recently routed out of Dáil Éireann in an unprecedented clear-out thanks to their role as architects of the recession. Say what you will about Fianna Fáil, but at least they know how to lower the price of a house... Ideally, though, the people of Ireland would like to see that happen without the rest of the country collapsing along with the house prices.

Even now, Fianna Fáil prop up the Fine Gael government through a confidence and supply agreement, exposing the myth that there is any genuine ideological difference between the two parties. If Fine Gael's behaviour was truly abhorrent to Fianna Fáil, they could pull the plug at any time. They never do. 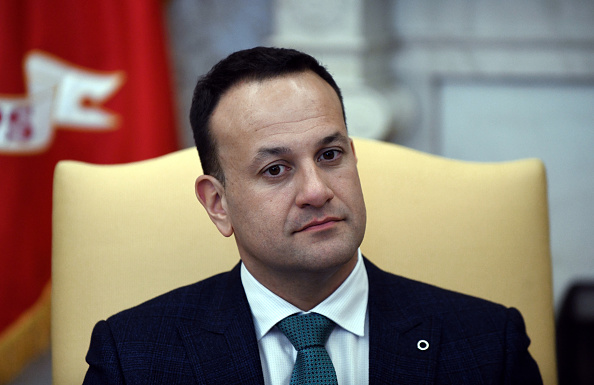 This is the albatross around Ireland's neck, and it does not have a viable left-wing.

It seems unlikely that Sinn Féin will escape their legacy in this lifetime, though they have made ground beyond what would have seemed possible even 12 years ago.

Labour's previous involvement in a Fine Gael government has reduced their ranks to six seats, and a small rise in the far-left has done enough to pick off Labour's more socialist-leaning membership. Polls rarely show them commanding any more than 6% of the public vote on a good day.

The other parties between the left and centre-left have a minuscule electoral presence. Greens, Soc Dems, Solidarity-People Before Profit, Independents 4 Change. Between them they register 13 seats. While the Irish people are clearly not enamoured of their current government, there is nothing remotely resembling a cohesive, national left-wing movement to take its place.

All of this to say that there is no prospect of Ireland's housing market meaningfully changing hands in the near future.

The Big Reviewski || JOE · The Big Reviewski with Dune, a mini-Hangover reunion & the best of Timothée Chalamet
popular
WhatsApp to stop working on 53 phone models, including iPhone 6
Waterford driver fined for speeding, immediately speeds away, is fined again
Three Status Yellow warnings issued as rain set to hammer the country
FREE NOW reports "200 requests a minute" on Sunday following nightclubs reopening
Urgent appeal launched for blood donations as supplies "extremely low"
Paschal Donohoe confronted on the street by anti-vaccine protestors
Nightlife sector asks for two-week grace period on implementing guidelines
You may also like
2 weeks ago
New opinion poll shows Sinn Féin in 10-point lead as most popular party
3 weeks ago
Fine Gael suggests Thanksgiving Bank Holiday for Ireland in November
1 month ago
Fine Gael Senator says it's "not acceptable" Metro North could be delayed until 2034
1 month ago
Simon Coveney survives no-confidence vote as Sinn Féin blasts “culture of cronyism”
1 month ago
Sinn Féin takes 10% lead on Fine Gael amid controversies, according to latest poll
1 month ago
Micheál Martin could be in a bit of bother next week
Next Page