Over 160 people arrested for intoxicated driving over St. Patrick’s weekend

An Garda Síochána have revealed that 164 people were arrested on suspicion of intoxicated driving over St. Patrick’s weekend.

11 arrests were made between the hours of 8-11am over a three-day period, with 74 drivers arrested on Sunday (St. Patrick’s Day) alone despite warnings from Gardaí that checkpoints would be conducted throughout the weekend. 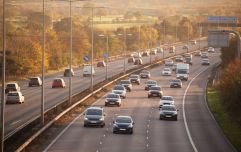 END_OF_DOCUMENT_TOKEN_TO_BE_REPLACED

Four people died in road collisions over the Bank Holiday weekend, bringing the total number of fatalities on Irish roads this year to 39, nine more deaths than the same period in 2018.

An Garda Síochána say that this figure is of great concern to them, to the RSA and to all road safety stakeholders.

“It has been four years since this number of people lost their lives. Compared to this date last year, there are now nine more people who have died on Irish roads. This is very concerning. We must all re-double our efforts to act responsibly and keep the roads safe. I appeal to every road user to concentrate 100% no matter how they use the roads. Mistakes cost lives.

“In advance of the bank holiday weekend, we widely advertised that we would be out on the roads around the country conducting checkpoints,” Cleary added.

“My thanks go to all those who came through our checkpoints and were driving safely. There were, however, many drivers who were not compliant. There were 164 drivers arrested on suspicion of intoxicated driving in the three-day period. 11 were the morning after, between 8am and 11am. 74 on St Patrick's Day itself.

“We will continue to target these irresponsible drivers who put themselves and all other road users at risk. We are committed to making the roads as safe as they should be.”

popular
Man arrested and charged for breaching Covid regulations in Kildare
The 50 most iconic songs of all time* have been revealed
QUIZ: Name all the countries of the EU that contain 2 vowels or less
This hidden Back to the Future 'mistake' has a subtly brilliant explanation
Joe Biden inauguration rehearsal paused as Capitol building goes into lockdown
QUIZ: Can you name the Marvel Cinematic Universe film from just a single screen shot?
QUIZ: Can you name all the teams in the NBA from their locations?
You may also like
4 days ago
Armie Hammer drops out of Jennifer Lopez film amid social media controversy
5 days ago
Gardaí appeal for information following discharge of a firearm in Clare
5 days ago
US executes first woman on federal death row in nearly 70 years
6 days ago
A woman has died following a car crash in Kerry
6 days ago
A man in his 80s has died following a crash in Tipperary
6 days ago
"Appalling" level of infant death at Mother and Baby Homes, says report
Next Page