These are the 11 best movies on TV today

Not one but TWO documentaries on Oasis/the Gallagher brothers.

There are also four fantastic family movies on during the afternoon to gear you up for the full night on the couch.

Seriously spoiled today, so yiz are!

This shouldn't have worked as much as it did. But it did. And here we are, with these (and the sequel) as one of the greatest family movies ever made.

An all-star voice cast lend themselves to the world of bricks when evil Will Ferrell sets up his nefarious plan to change their universe forever. Legitimately one of the funniest movies of the decade.

Iconic adventure movie about a group of misfit friends who go off in search of hidden treasure.

END_OF_DOCUMENT_TOKEN_TO_BE_REPLACED

Arguably the last time that anything related to the show was consistently funny. We'll never forgive them for taking them out of Springfield and away from the supporting characters for most of the run-time, but even at that, it is still highly watchable.

Hugh Jackman and Taron Egerton star in this heart-warming tale of a man with a goal of becoming an Olympic ski-jumper, and he's not going to let a little thing like having no real talent get in his way.

A Date For Mad Mary - Virgin Media One - 9pm

Seana Kerslake stars in this brilliant Irish drama about a troubled young woman who finds her life taking on brand new directions when she is offered a plus one to a friend's wedding.

Maybe the last time that the Tim Burton/Johnny Depp duo really worked, in this creepy retelling of the Headless Horseman, here told as a violent murder mystery. 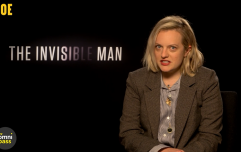 END_OF_DOCUMENT_TOKEN_TO_BE_REPLACED

The 2016 all-female remake was better than you heard/remember. No, it can't hold a candle to the original, but the four leads have a fantastic comedic chemistry all of their own. Too bad the rest of the film can't match them.

A love letter to the hardcore fans of the man himself.

George Clooney, Mark Wahlberg, and Ice Cube star in this irreverent action thriller about US soldiers trying to find Sadaam's hidden wealth before the entire army is pulled from the region.

The rags-to-riches story shows the rise and fall of Liam and Noel working together, showing them at their very best, and their very worst.


popular
Met Éireann predicting snow this weekend and well into next week
The JOE Friday Pub Quiz: Week 179
HBO reveal the first official details of the Friends reunion episode
Here are all the best new titles coming to Netflix in March
Disney are offering you a dream job based in Dublin
Billie Eilish weighs on who should be the next James Bond
The 50 most iconic songs of all time* have been revealed
You may also like
10 hours ago
COMPETITION: Win free ski lessons AND tickets to see Julia Louis-Dreyfus and Will Ferrell's new comedy, DOWNHILL
14 hours ago
Here are the best movies on TV today
15 hours ago
The First Wives Club cast are reuniting for a brand new comedy
1 day ago
Here are the 6 best movies on TV this evening
2 days ago
The Big Reviewski Ep 56 with The Batman's suit, Harrison Ford's beard, and the writer of Die Hard
2 days ago
Michael Palin to feature in a David Attenborough documentary coming to Irish cinemas
Next Page