Over the year, horror has been seen as a kind of entry-level genre, one where directors cut their teeth before going on to bigger and better things.

It is a disappointing way to see the genre, because everyone from Steven Spielberg to Stanley Kubrick have made scary movies in their careers, and those films are still seen as some of the best films ever made.

Which is why it brings us great joy to see that 2017 is finally the year the horror seems to have been taken very seriously again.

We talked at length a few months back about how great Get Out was, as well as how much we really enjoyed Split, and the unique experience we got while watching It Comes At Night.

Normally we would be counting our lucky stars to get one great horror movie a year, but having already received three, we were already feeling pretty spoiled, and that was before August has dropped two more amazing scary movies on to our laps.

The first is the surprisingly great Annabelle: Creation.

The prequel to the spin-off which was itself a prequel to The Conjuring, this really didn't have any right or reason to be as good as it is. 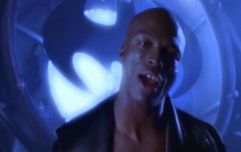 QUIZ: Can you name the movie based on the famous song on the soundtrack?

END_OF_DOCUMENT_TOKEN_TO_BE_REPLACED

However, following in the footsteps of the similarly better-than-the-first-prequel Ouija: Origin Of Evil last year, Annabelle: Creation has almost tripled the Rotten Tomatoes score of the first Annabelle, and the $15 million production has already made $71 million in the opening weekend of box office.

Coming from the director of the very decent Lights Out, there is nothing particularly original here, but much like The Conjuring series it originated from, what it does, it does really, really well. And you'd be hard pressed to find a more relentlessly scary final 30 minutes in any other film this year.

It bodes well for the future of The Conjuring universe, which itself will be getting another sequel, but there are also spin-off movies in the works for two of the demons we met in The Conjuring 2 - yep, both The Nun and The Crooked Man are in the works.

The second new movie is one that we feel we should be warning as many people about as recommending.

Between the title and the poster, A Ghost Story probably has horror fans rushing to see it, and then sitting there scratching their heads wondering just when the scares are gonna kick in. 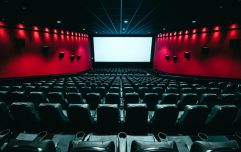 Future of Tipperary cinema and jobs secured due to Omniplex acquisition

END_OF_DOCUMENT_TOKEN_TO_BE_REPLACED

Clip via ONE Media

While the film does consist of a dead Casey Affleck under a sheet haunting his ex, played by Rooney Mara, around their home, this isn't a "BOO!" kind of scary movie.

No, instead this is a kind of epic romance (Wait! Come back!) that deals with some scary, real fears like loneliness, losing the ones you love and the pain of being forced to move on.

It is a haunting told from the perspective of a heart-broken ghost, and it is more likely to play on your mind for a long time afterwards.

Unlike Annabelle: Creation or Split, A Ghost Story is using horror tropes to tell a new and original story, much like Get Out did with racism, or It Comes At Night did with the post-apocalypse.

And on top of that, it is genuinely one of the best movies of the year, as long as you can put away the fact that it isn't actually a horror movie, at least not in the definition we've been conditioned into believing it to mean.

All of that, and we haven't even got to the big scary clown-faced elephant in the room... 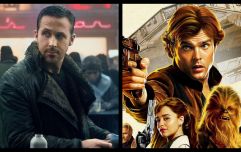 These were the 10 biggest box office flops of the 2010s

END_OF_DOCUMENT_TOKEN_TO_BE_REPLACED

At this rate, if IT isn't one of the biggest box office hits of the year, we'll eat our collective hats.

In the past, the previous biggest opening weekends for scary movies have been Hannibal, way back in 2001 when it opened to $58 million. Or if you want to get real pedantic about it, "proper horror movie" Paranormal Activity 3 in 2011 opened to $53 million.

Early estimates have IT opening to over $100 million in the US on the first weekend alone, and the advertising campaign for the movie has been absolutely masterful.

AND! The best part of all (and the part that everyone seems to be forgetting about) is that this movie is set in 1989, and is only the first half of the novel that King has written, with the second half set 30 years later when the demon returning to haunt the kids as adults in 2019... which is when IT 2 is expected to hit cinemas.

Plus we've still got Jennifer Lawrence's truly unnerving Mother! to look forward to, and the return of trap-based murders in Jigsaw.

Yep, 2017 really is the year that horror got good again.


popular
QUIZ: How many of these Derry Girls characters can you name?
Sinn Féin announce a series of public rallies to take place in five counties
Brendan Gleeson's upcoming performance as Donald Trump is 'scary' and 'too close for comfort'
How well do you remember these classic PlayStation 2 games?
QUIZ: Can you name the Sega Mega Drive game from the screenshot?
The JOE Friday Pub Quiz: Week 179
5 new Netflix additions to spend your weekend watching
You may also like
1 month ago
Study shows going to the cinema is the equivalent of a 'light' workout
2 months ago
The Big Reviewski Ep 48 with Jumanji, Black Widow and the best of Danny DeVito
2 months ago
Irish documentary Shooting The Mafia is getting some incredible reviews
2 months ago
The stars of Charlie's Angels discuss taking shots at 9am and the movie's most fun scene to shoot
2 months ago
Cinema chain pulls new gang movie Blue Story following mass brawl involving machetes
4 months ago
COMPETITION: Win tickets to the Irish Premiere screening of Stephen King's Doctor Sleep in Dublin
Next Page