Neighbours is set for a sensational return to our screens just four months after its final episode.

The legendary Aussie soap came to an end earlier this year, when the final episode aired in July. This brought a halt to the show's 37-year run.

Simon Cowell concerns fans with appearance as they 'don't recognise him'

END_OF_DOCUMENT_TOKEN_TO_BE_REPLACED

But it has now been announced that the show will be returning to TV screens and that a brand new series will begin filming in Australia next year.

In a shock reveal on Thursday morning, Amazon Freevee and Fremantle announced new episodes were in the works.

A post on the show's Twitter account read: "Neighbours will return for a brand new series next year exclusively on @AmazonFreevee, alongside thousands of episodes from previous seasons to stream as you please."

Neighbours will return for a brand-new series next year exclusively on @AmazonFreevee, alongside thousands of episodes from previous seasons to stream as you please. 🎉 pic.twitter.com/1Qq2fIPgog

END_OF_DOCUMENT_TOKEN_TO_BE_REPLACED

The revitalised series will premiere exclusively for free on Amazon Freevee in the UK and US and will include streaming rights to thousands of episodes from the previous seasons, available prior to the new series’ premiere.

The series will also stream on Prime Video in Australia, New Zealand, and Canada. No word on Ireland yet as far as Prime Video is concerned. 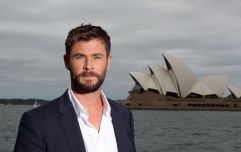 END_OF_DOCUMENT_TOKEN_TO_BE_REPLACED

As of November 2022, Amazon Freevee unfortunately isn't available in Ireland so hopefully someone sorts it out in time for the soap's big comeback.

Production is set to commence in early 2023 with a world premiere slated for the second half of the year.

Lauren Anderson, head of AVOD original content and programming, Amazon Studios, said: “Neighbours has captivated its audience for nearly 40 years, building a dedicated and loyal following for the lives and stories of the characters on Ramsay Street.

“With the power of streaming, we’re able to offer a catalogue of thousands of Neighbours episodes for new audiences to discover this legendary series and current fans to relive their favourite moments.

"We look forward to immersing the audience in new Ramsay Street experiences when we relaunch the show next year for Amazon Freevee and Prime Video customers.”

Got all that? Good, now go see how you do in our Neighbours classic characters quiz.

popular
Amazon Prime Video has just added 38 very big movies to its library
Ashton Kutcher opens up about rare disease that left him unable to see or walk
The start of the superhero takeover of Hollywood is among the movies on TV tonight
Matt Lucas quits Great British Bake Off role
The Pogues’ Shane MacGowan rushed to hospital
Rotten Tomatoes reveals the best reviewed movie of 2022
Did you spot the explosive detail in the latest episode of The White Lotus?
You may also like
10 hours ago
Matthew Perry can't rewatch any of Friends for heartbreaking reason
4 days ago
The JOE Friday Pub Quiz: Week 323
1 week ago
Olly Murs slammed over 'misogynistic' lyrics on 'shocking' new single
1 week ago
The JOE Friday Pub Quiz: Week 322
2 weeks ago
The JOE Friday Pub Quiz: Week 321
3 weeks ago
Banner calling for Matt Hancock to quit flown over I'm A Celeb camp
Next Page