EXCLUSIVE: Bradley Cooper reveals what it would take for him to direct Guardians Of The Galaxy 3

It would make sense to keep it within the Guardians family.

It is still unclear what lies in store for the future of the Guardians Of The Galaxy.

After all (SPOILERS), the majority of them were wiped out by Thanos' finger click at the end of Infinity War. 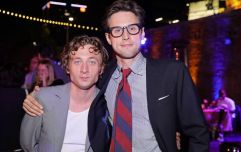 END_OF_DOCUMENT_TOKEN_TO_BE_REPLACED

One of the few GOTG members that was left behind was Rocket, voiced by Bradley Cooper.

Following that, some old, offensive tweets sent by the writer/director of the first two Guardians movies, James Gunn, resurfaced, and Disney subsequently fired him from the director's chair for the upcoming threequel, which was due for release in Summer 2020.

No replacement director has yet been announced, and Dave Bautista (aka Drax) is unsure the Guardians will remain in the MCU following Avengers 4, previously stating that:

"Guardians 3 is really up in the air and I don't know what they're going to do with it. It's on permanent hold for now, and that may make a difference in what they do with our characters in Avengers 4. To be honest with you, right now I really don't know. 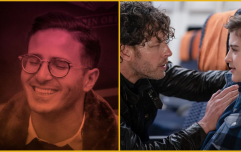 These were the most-watched Netflix movies and shows in 2022

END_OF_DOCUMENT_TOKEN_TO_BE_REPLACED

"But I know I'm in Avengers 4. I've shot most of it already. I do have two days of reshoots. But other than that, I have some really great scenes that I hope they use. But I guess that it remains to be seen what they'll do with the characters."

We caught up with Bradley Cooper on the press tour for his new movie A Star Is Born (which is an incredible film, full review right here), on which he not only stars, but also co-writes, directs, produces, and performs on the soundtrack.

Considering the plaudits and very strong Oscar talk that he has been getting, we had to ask him whether anyone at Disney approached him about the role, and would it be something he'd be interested in?

"In directing it?", he replied, somewhat surprised. "I could never imagine directing something that I didn't write. I wouldn't even begin to know how to do it." 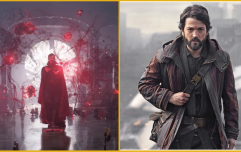 These were the most-watched Disney+ movies and shows in 2022

END_OF_DOCUMENT_TOKEN_TO_BE_REPLACED

In the last week, Sean (brother of James) Gunn - who plays Kraglin in the movies, and also provides the motion capture movements for Rocket, said that:

"I know that they have every intention of using the script that my brother wrote. Obviously, that was a very unfortunate situation for everybody, most of all him, but I am also somebody who had been preparing to spend half a year making that movie and now that's up in the air."

If that is the case, then Cooper wouldn't be writing the script for Guardians 3, and therefore wouldn't have any interest in directing it. But it does explain his next project (according to IMDb), which would be Bernstein, and he is on board as the star, producer, co-writer, and director of the biopic of famous composer Leonard Bernstein.

Or does it, because when we bring up Bernstein as his next directing gig, Cooper replies: "Yeah, well, we'll see."

Maybe there's more to this than we know? Watch this space...

popular
The JOE Friday Pub Quiz: Week 331
New Netflix series deserves to be as big as Stranger Things
QUIZ: JOE's Big News Of The Day Quiz #39
Couple left mortified after best man delivers incredible punchline during speech
BBC apologises after calling Paul Mescal 'British' in Oscar coverage
Forspoken breaks the golden rule of gaming... and not in a good way
Irish names among the top 10 hardest words for British people to pronounce
You may also like
1 month ago
10 hidden gem shows you might have missed in 2022
1 month ago
2022's best horror movie is now available to stream at home in Ireland
1 month ago
The Banshees Of Inisherin is arriving on Disney+ sooner than you might expect
1 month ago
Disney+ has just added 12 huge movies to its library
1 month ago
The latest Star Wars episode is directly based on an IRA funeral
1 month ago
Documentary reveals "one of the most stunning sex and political scandals of this century"
Next Page