The Simpsons are set to hit the stage for the first time ever this coming September and they’re going to be joined by some very special guests.

After 25-years and over 500 episodes later, the Simpsons are finally going to appear live on stage on September 12th, 13th, and 14th at the Hollywood Bowl in California. 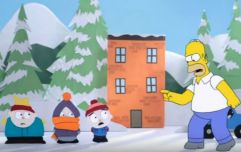 END_OF_DOCUMENT_TOKEN_TO_BE_REPLACED

As well as the previously unseen clips, some of the show’s favourite moments will be replayed with the stars that featured in them, including Jon Lovitz, Beverly D’Angelo and "Weird Al" Yankovic.

It has recently been announced that Conan O’Brien will also feature in the show as he will be singing ‘The Monorail Song’ from the 1993 episode ‘Marge vs. the Monorail’, which O’Brien wrote and produced.

In an interview with BuzzFeed UK, Conan O’Brien said: “Two days before I left to come to England, my phone rang and it was The Simpsons. And they said that they were doing a live show at the Hollywood Bowl, and all the actors are going to do the voices, and, ‘Would you be a special guest star and sing ‘The Monorail Song’ with the Los Angeles Gay Men’s Choir?’ And the answer there is ‘YES’, so I am going to do that I think in September.”

We can’t wait to see a live rendition of ‘The Monorail Song’, but until September, we’ll have to settle with this…

popular
RSA confirm online theory tests to come into effect later this month
Everything you can do from tomorrow as biggest easing of restrictions in months to take place
QUIZ: Can you identify the EU country of origin from these €1 coins?
The JOE Movie Quiz: Week 101
QUIZ: Can you identify which of these countries have the colour blue in their flag?
The JOE Music Quiz: Week 56
QUIZ: Can you list the 32 counties of Ireland in order of population size from largest to smallest?
You may also like
5 years ago
PIC: Someone has a great Simpsons-themed notice up to keep election canvassers away
6 years ago
Pic: Sam Simon’s funeral featured a touching Simpsons-themed tribute
6 years ago
Take a look at the first picture from the Simpsons/Futurama crossover episode
6 years ago
Pics: The latest edition of Entertainment Weekly features three class Simpsons/Family Guy collector's covers
6 years ago
Video: Watch five minutes of the upcoming Simpsons/Family Guy crossover episode
6 years ago
We now have a much stronger idea which Simpsons character will be killed off this season
Next Page