There's a lot of love for Danny DeVito's dancing at Pride

Some Frank Reynolds dancing at its very finest.

Danny DeVito has spent a lot of time proving that he's an absolute legend lately.

Just last week, we saw a 17 year-old from Pennsylvania took a cardboard cut-out of DeVito to the prom. A lot of celebrities might throw you a sympathetic retweet, maybe a few laughing emojis if you're lucky.

Instead, he got his own cardboard cut-out of Allison Closs, the girl who took his one to prom, and brought it to the iconic Paddy's pub. 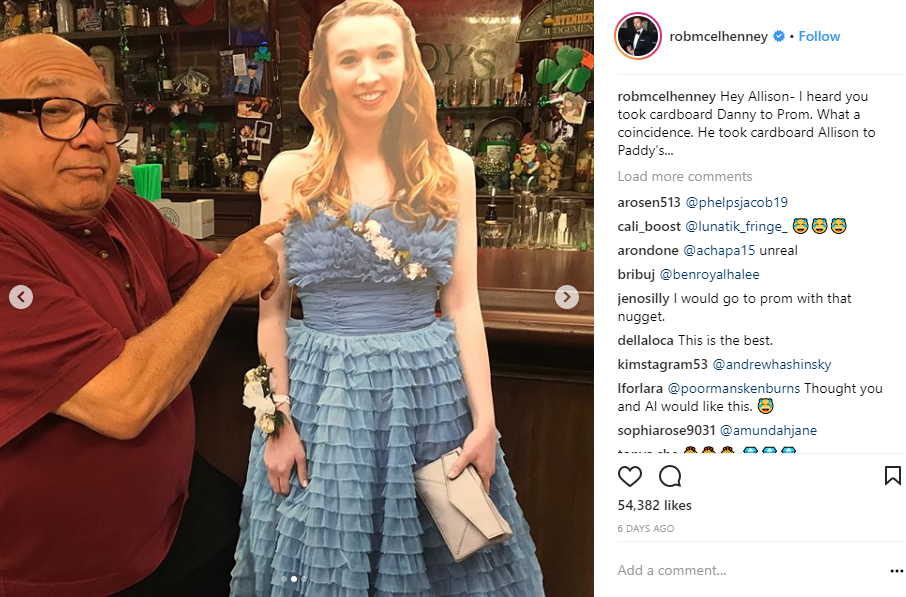 And now he's done a bit of dancing on a float, at Pride, a celebration in support of the LGBT community. Have a look for yourself:

Some moves. You can almost hear him singing Frank Reynolds' anthem "Ohh, go for it" inside of his head.

What will make a lot of fans even happier is that the float is It's Always Sunny in Philadelphia themed. It was definitely Dennis' idea...

popular
The JOE Friday Pub Quiz: Week 266
Here's the line-up for tonight's episode of The Graham Norton Show
HBO announces a new Sopranos series is in the works... kind of
Nightclubs are now ticket-only events, according to new measures
Alec Baldwin expresses "shock and sadness" over fatal film set shooting
‘If You Go, Go Slow’ - HSE launches new campaign urging people taking drugs to do it safely
Hunger strike ends as Nadim Hussain assured he won't be deported
You may also like
3 months ago
Pride flag cut down and set on fire in Carlow
2 years ago
Thousands set to take part in Dublin Pride
2 years ago
Arrests made following homophobic attack against two women on bus
3 years ago
Just weeks after Arlene Foster declares "Everyone is equal", DUP vote against hanging Pride flag on council buildings
3 years ago
DUP leader Arlene Foster says 'Everyone is equal', while remaining opposed to same-sex marriage
3 years ago
LISTEN: We've put together a Dublin Pride Playlist to help get your party started
Next Page