Darren Aronofsky finally gives a definitive answer on what 'mother!' was all about

The film that caused us all to scratch our heads and question our entire belief systems.

So, what was famed dystopian director Darren Aronofsky's film mother! all about?

That's the question that's been on everyone who've seen it's mind since it's release back in November 2017. 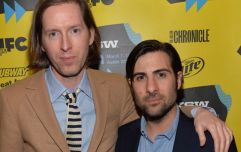 END_OF_DOCUMENT_TOKEN_TO_BE_REPLACED

However, Aronofsky's no stranger to such a question – with film buffs scratching their heads somewhat similar following the conception of his dark and contemplative film Black Swan just six years previous.

In a keynote address at SXSW on Saturday morning, Aronofsky finally gave some closure to all of those seeking answers on the film by offering his take on his recent drama starring Jennifer Lawrence and Javier Bardem that divided audiences.“I wanted to make a film about Mother Earth and how we treat Mother Earth,” Aronofsky said about Lawrence’s character, a pregnant woman who endures a series of traumas while living in a quiet farmhouse with her poet husband.

“The way I see we treat Mother Earth is incredibly disrespectful. We pillage her, we rape her, we call her dirt.”

“That’s why Jennifer played the character the way she did,” Aronofksy said. “There’s a lot of emotion.” 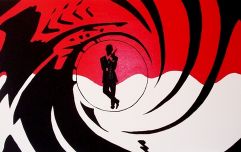 END_OF_DOCUMENT_TOKEN_TO_BE_REPLACED

As for Bardem’s character, Afronosky confirmed that he was meant to represent God.

“I looked at the Bible and how the Old Testament God is painted,” the director said.

“When you think about that God, if you don’t pray to him, he kills you. What type of character does that? For me, it was about interpreting that to human emotion.”

Aronofsky’s address, which lasted an hour, focused mainly on how he got his start in the film business as a breakout indie director of the ’90s with “Pi” and “Requiem for a Dream.” Confirming the ongoing religious theme in many of his films he titled his talk “The 10 Commandments of Indie Film.” 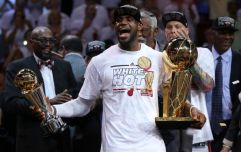 END_OF_DOCUMENT_TOKEN_TO_BE_REPLACED

“With all humility,” he said, “I’m a hack writer compared to the guy who wrote the Bible.”

As a story teller, Aronofsky said he sees himself through all his characters. “I’m in every one of my films,” he said. “I’m the wrestler. I’m the ballet dancer. Both Jennifer Lawrence and Javier Bardem’s character. I’m every character in every movie.”

Aronofksy said when he pitched 2010’s “Black Swan,” he was met with a different kind of resistance. He referenced receiving back notes that said: “Look, horror fans don’t like ballet. Ballet fans don’t like horror.”

He then took a pause. “Wrong!”

popular
QUIZ: Can you name all the counties in Ireland without the letter 'E'?
WhatsApp introduces way to choose who can and can't see you're online
Nearly 100 flights delayed at Dublin Airport on Monday
QUIZ: Can you get top marks in this short but tricky Irish geography quiz?
Netflix has just added an incredibly tense 97-minute thriller
RTÉ tries to solve Michael Collins murder in new documentary
Two long-thought-dead Marvel projects appear to be in the works
You may also like
9 years ago
Now that’s what we call a debut; some great films from first-time directors
9 years ago
Colin Farrell's best roles
9 years ago
Best Leading Irish Men
6 days ago
Released 15 years ago today, one of the funniest movies of recent years was a total flop
6 days ago
An Cailín Ciúin selected as Ireland's entry for the 2023 Oscars
6 days ago
New DC movie Batgirl cancelled despite already being made
Next Page