Two broadcasting icons. This should be one hell of a trip to the cinema.

At one time, it's very likely that you've thought: "David Attenborough's nature documentaries are so beautiful, they really do belong on the big screen."

As it turns out, Omniplex Cinemas agree as they will be hosting his new documentary David Attenborough: A Life On Our Planet. If that wasn't good enough news, the beloved broadcaster won't be on his own when the film launches with a world premiere on Thursday 16 April. 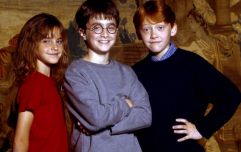 END_OF_DOCUMENT_TOKEN_TO_BE_REPLACED

The documentary will be followed by a Q&A with David Attenborough live from the world premiere at the iconic Royal Albert Hall and he'll be joined on stage by fellow legendary broadcaster, Michael Palin.

Renowned for his role as a member of the Monty Python comedy troupe, Palin’s career as an actor, writer, comedian and television presenter spans over 50 years and countless recognitions, including his BAFTA-winning performance in A Fish Called Wanda.

He's also an excellent documentarian in his own right, having made his name as a pioneer in global travel and exploration. Palin's successful travel series and accompanying books include Around The World in 80 Days, Pole to Pole, Full Circle, and Hemingway Adventure.

Attenborough and Palin have also worked together in the past on projects such as the 2002 BBC documentary Life on Air, which profiled Attenborough’s 50 years in television.

Speaking about his involvement at the upcoming film premiere, Palin said: “David and I have spent much of our careers exploring life on our planet. During this time, we’ve not only seen the drastic transformation of the natural world as we once knew it but have also witnessed the evolution of modern broadcasting and its ability to connect people with the one home we all share.”

Palin added: “I share David’s passion and desire to protect our planet for future generations and look forward to joining him on stage to discuss this powerful and personal film.”

The official synopsis for David Attenborough: A Life On Our Planet reads: "One man has seen more of the natural world than any other. This unique feature documentary is his witness statement. In his 93 years, David Attenborough has visited every continent on the globe, exploring the wild places of our planet and documenting the living world in all its variety and wonder. 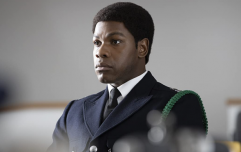 END_OF_DOCUMENT_TOKEN_TO_BE_REPLACED

"Now, for the first time, he reflects upon both the defining moments of his lifetime as a naturalist and the devastating changes he has seen. Honest, revealing and urgent, David Attenborough: A Life On Our Planet is a powerful first- hand account of humanity’s impact on nature and a message of hope for future generations."

If you can't make it to the cinema, the documentary is arriving on Netflix later this year but with Palin being added to the unique Q&A that's only being screened at the cinema, this really is a treat for film fans.

Ticketing information can be found here; take a look at what's in store.