The definitive Game of Thrones experience is in Ireland

Meet the direwolves, explore The North, fire some arrows and geek out!

Get excited because the world's greatest show is returning and while the wait for Season 7 took longer than Daenerys took to cross the Narrow Sea, Game of Thrones is back. If you're looking to fill your Drogon-sized obsession, we recommend this superb tour through The North - better known as Castle Ward, Co Down.

Given that the HBO show is filmed throughout various locations in Northern Ireland - there are 25 publicly accessible filming locations in NI - you'll absolutely love visiting the forests, castles and lakes that were used in the show.

Just two hours from Dublin, the 820-acre walled demesne of Castle Ward is one of the most iconic locations in the Seven Kingdoms.

To begin with, Winterfell Tours have an immersive experience that's unlike any other. Not only will you get to see some breathtaking locations that featured in the show, but the tour guides are all featured extras in Game of Thrones.

For fans of the show, their passion, knowledge and behind the scenes stories and anecdotes are worth the admission fee alone.

There are different tour options that you can take around the estate - choose whichever one suits you best - but one feature will give you goosebumps. Upon arriving, you're given an exact replica of the Northern cloaks that every member of House Stark and The Night's Watch wears. Truth be told, the moment when you 'take the black' and receive your sword is a giddy thrill.

Don't worry, you don't have to recite the vows or battle any White Walkers. Mmm, actually...

For ladies, you can also choose the regal gowns that Sansa, Catelyn and Arya would wear. 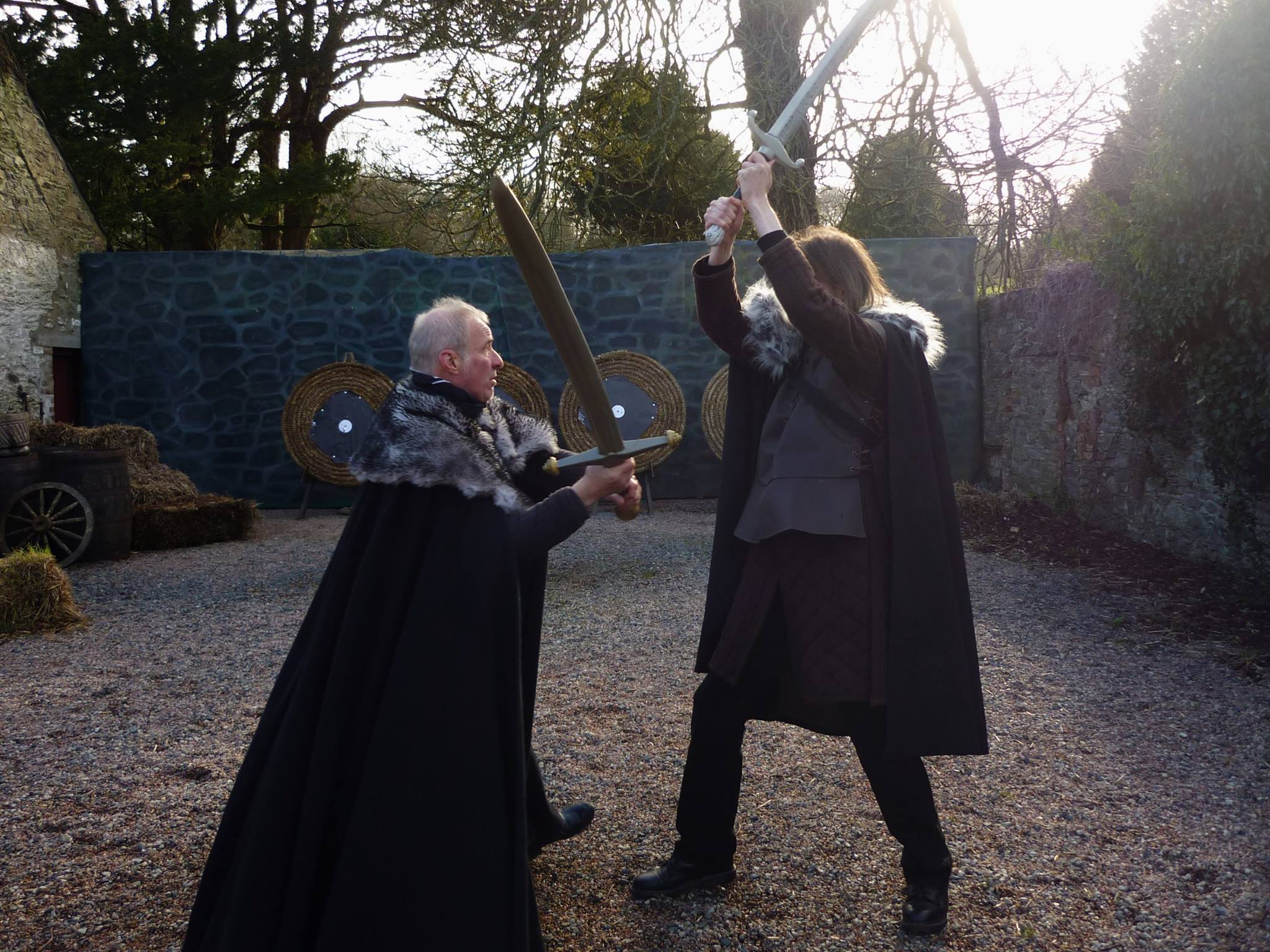 "The direwolf is the sigil of your house. They were meant to have them."

The tour begins by meeting two of the direwolves that were used in the show - Odin and Thor, who played Summer and Grey Wind.

The beautiful Northern Inuit dogs are incredibly friendly and not at all camera shy. In fact, they're stars in their own right because they've featured in the show ever since the scene where Ned Stark finds the direwolf pups in the nearby filming location of Tullymore Forest.

You're allowed to pet them, play with them and hear some amazing stories from their very kind owners. See, direwolves are incredibly friendly. Why are people so mean to them?!?! 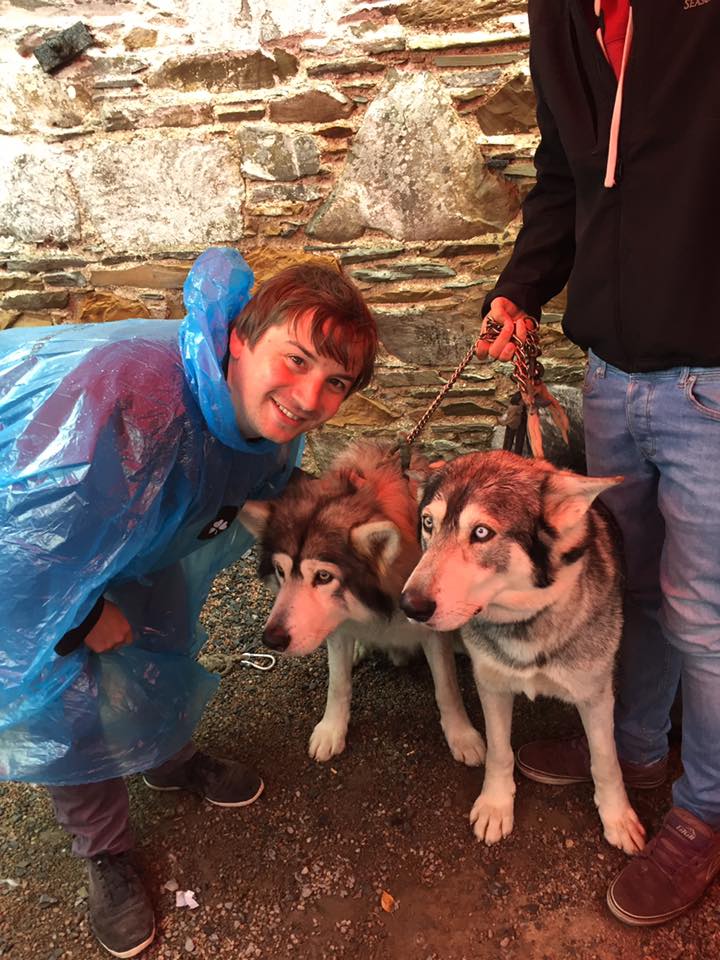 The #Starks send their regards! Gold cloak #MerynTrant with #Summer and #Greywind. Today in #Winterfell at the Mini-Fest. (Ian Beattie with Odin and Thor). Book a Tour now from our Website! #lannister #direwolves

"There must always be a Stark in Winterfell." 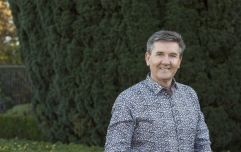 END_OF_DOCUMENT_TOKEN_TO_BE_REPLACED

The home of House Stark and the seat of power in The North, your first steps on the tour is exactly where the Starks stood to meet the Baratheons in the very first episode. Granted, the creators have added CGI to enhance the view, but trust us, as soon as you enter the archway to the main castle, you're in Winterfell. 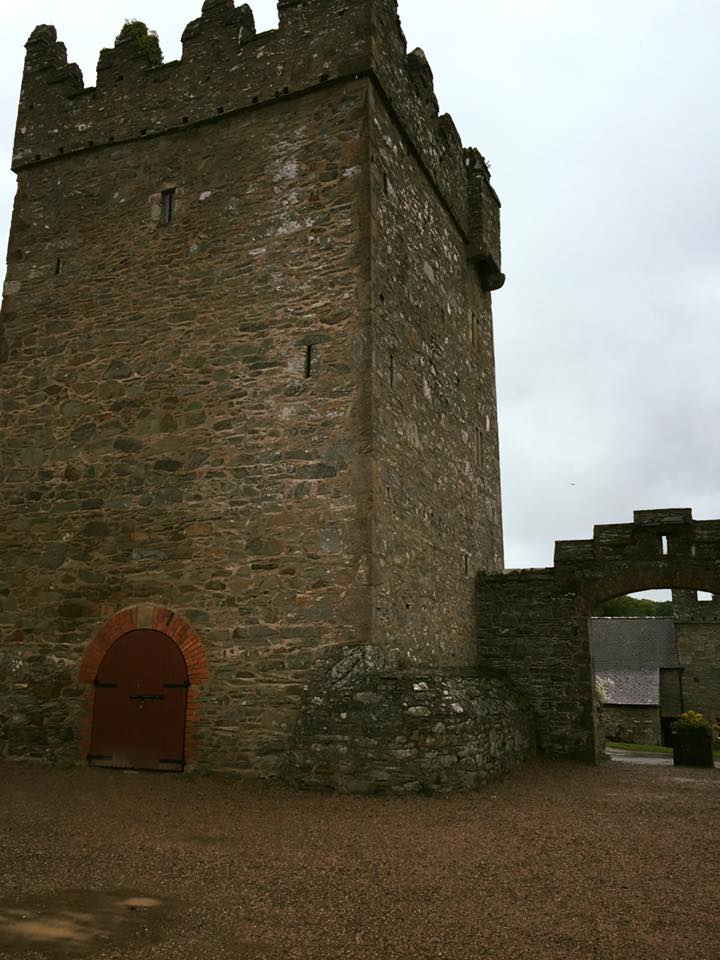 As you know, there were plenty of people in the courtyard to see Ned Stark's reunion with Robert Baratheon, but you can also have your own large gathering because Winterfell Tours can accommodate 150 of your mates for a stayover. Fancy having your own private quarters with a few flagons of ale and enough food to keep The Hound happy?

"The Lannisters send their regards."

Ok, you're now feeling like the King in The North, but you'll need to keep a close grip of your sword because a trip through Castle Ward will bring you across the locations of some memorable deaths, battles and scenes.

Heed Melisandre's warning because the night - and day! - is dark and full of terrors.

Fancy seeing Robb Stark's camp where he rallied his bannermen to take on the might of the Lannisters? Then again, maybe you want 'The Young Wolf' to 'hear me roar' because you can also see where Tywin's troops prepared for battle. Poor Tyrion, he would have kicked ass in that battle if he wasn't knocked out by that horse! 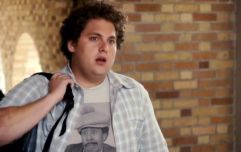 END_OF_DOCUMENT_TOKEN_TO_BE_REPLACED

What about the opportunity to follow in the footsteps of your favourite double acts? Well, you can walk the trail that Tyrion and The Hound took when they left The Eyrie as free men. If you're looking for something more sinister, how about seeing where Jaime and Brienne encountered those dead bodies that were hanging from the tree? 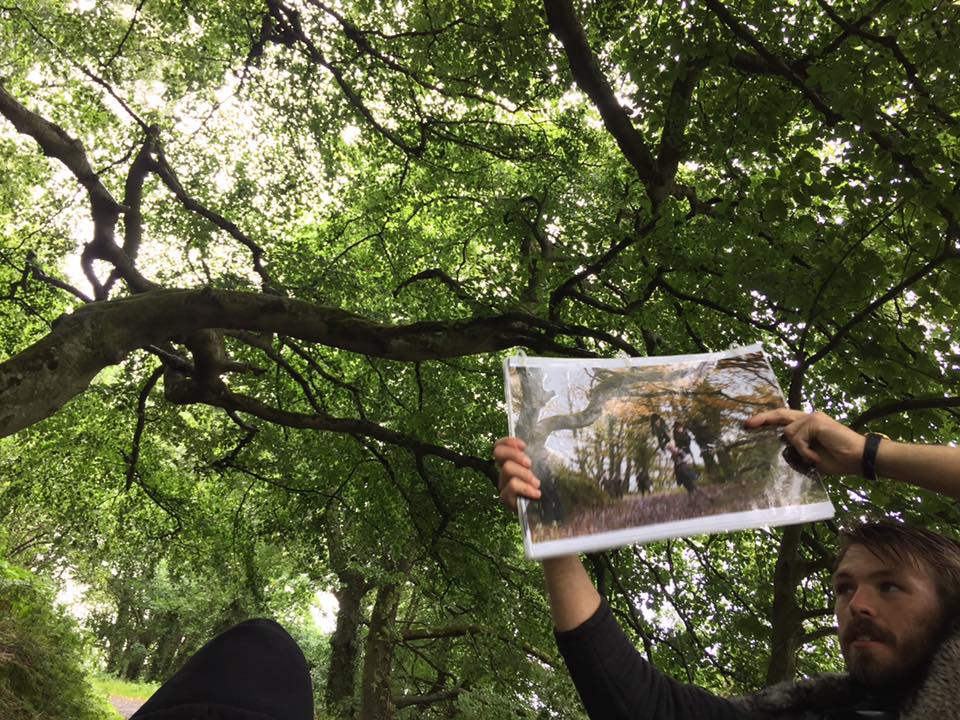 All this is just building up for the gruesome finale though. You can actually visit Walder Frey's castle that hosted The Red Wedding. While you're there, just don't break any promises that you made while visiting The Twins!

If you want to avenge The Red Wedding, we urge you to grab your sword and reclaim The North in the name of House Stark.

Truth be told, I had an absolute geekgasm while recreating various scenes from the show. 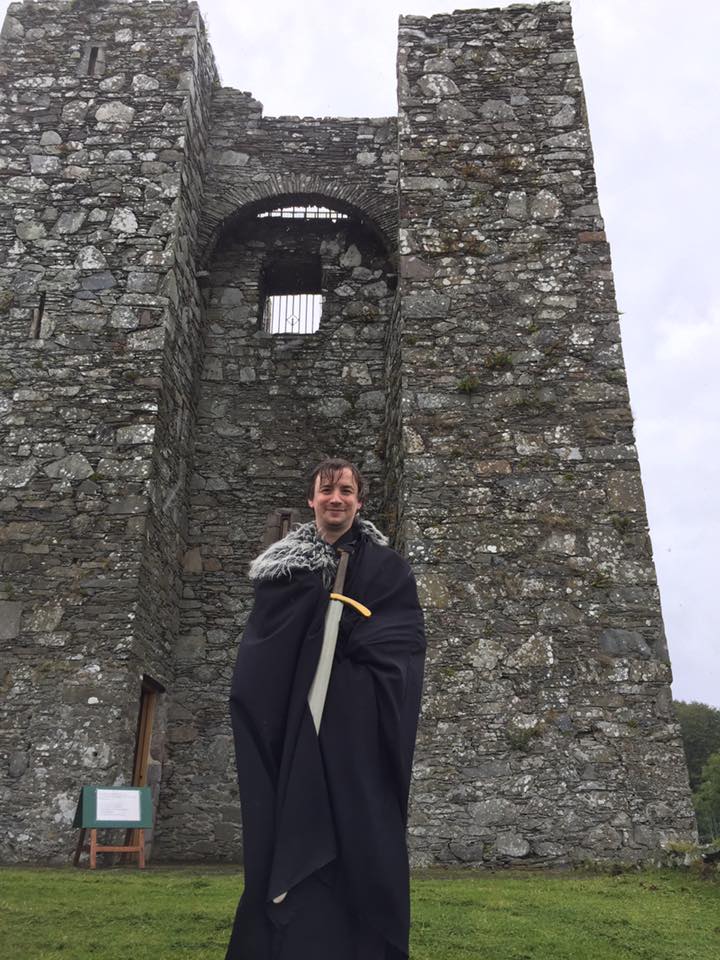 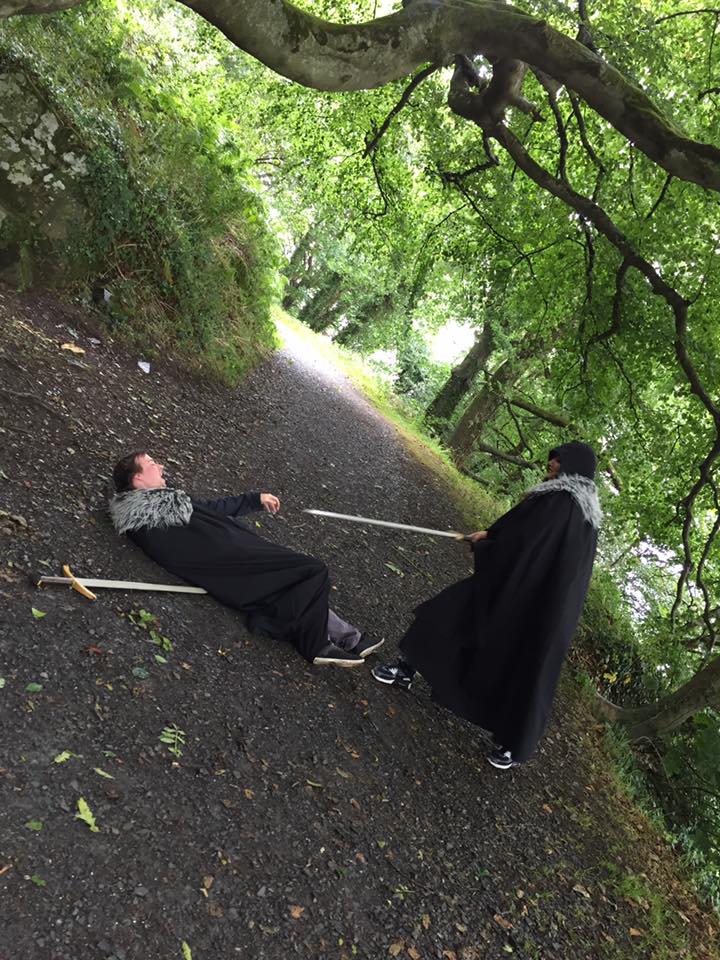 A Feast for Crows

After travelling through The North, you're going to feel exactly like The Hound did when he killed all those men for a few chickens and beers. Don't worry though, you won't have to kill any strangers because there's plenty of food to go around. Fancy having lunch in a tent that eerily resembles the one where Daenerys and Khal Drogo used to live?

Well, the food is great and there's enough wine to even keep Cersei Lannister happy! 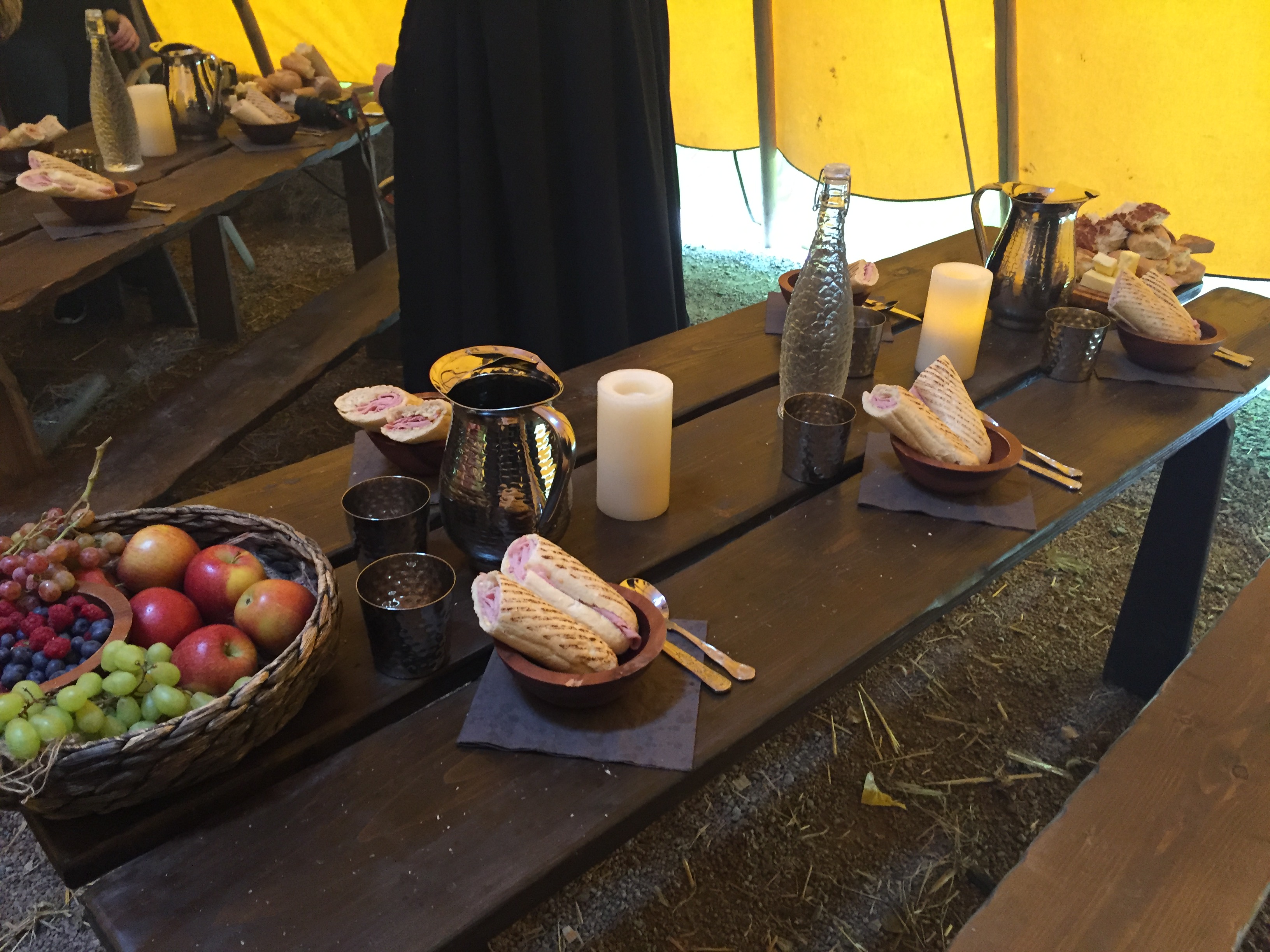 This is just the appetiser for what's coming next though. It's time to realise who the real King/Queen of the North is because an archery contest is on the horizon. 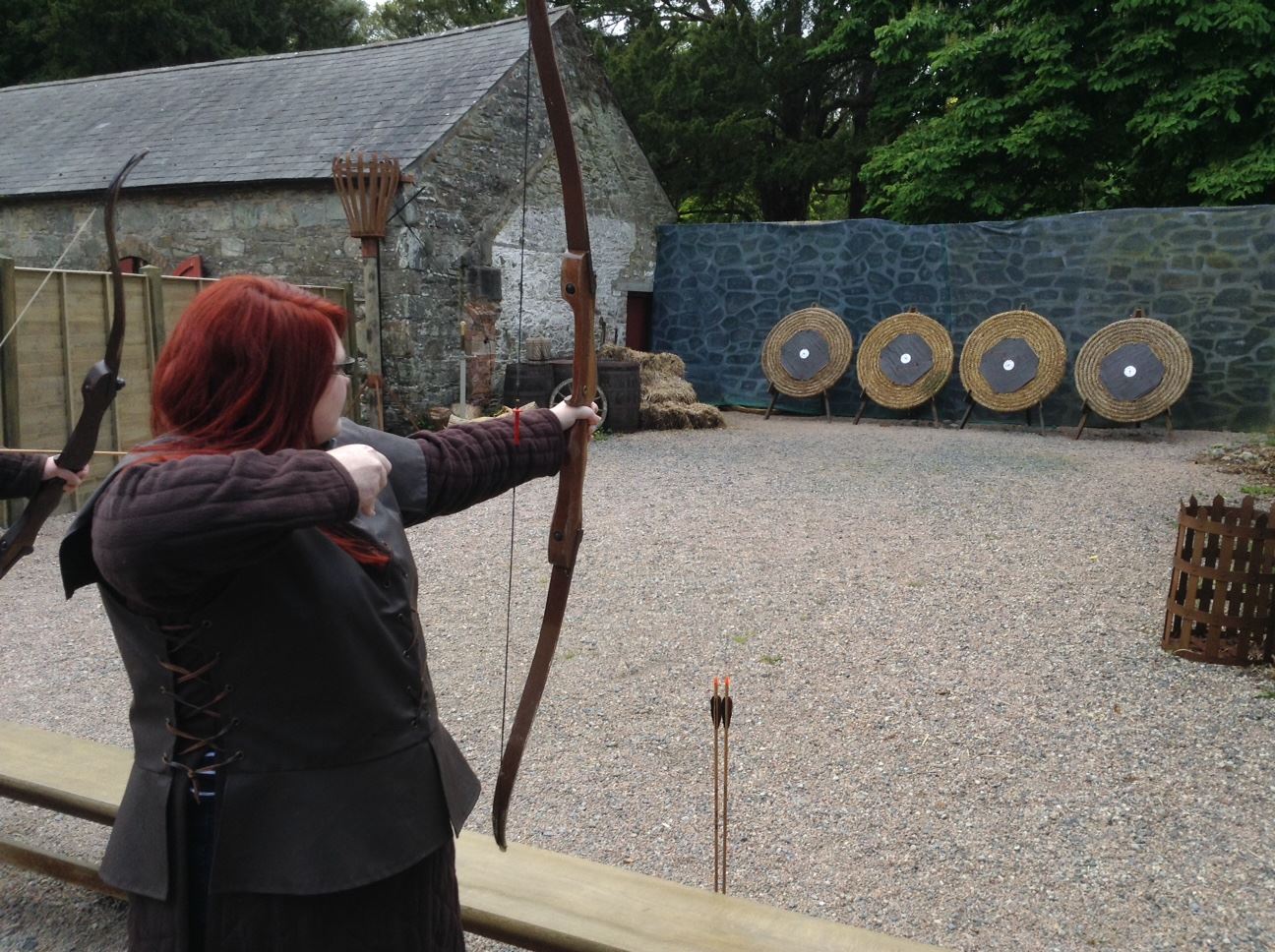 Ok, the real showdown. Are you gifted with a longbow like the sadistic Ramsay Bolton? Can you be as accurate as Ygritte when she turned Jon Snow into a human pincushion? Think you have what it takes to be a watcher on the wall and defend Castle Black from the willing invasion?

It's time to test your accuracy, skill and aim by taking on your mates in an archery challenge. Nock! Draw! Loose!

If you happen to be the loser, prepare to feel the swift justice that meets any deserter of The Night's Watch. Yes, the price for losing the archery contest - and bringing shame, shame, shame to your house - is death. After all, "when you play the Game of Thrones, you win or you die".

Choose your final words carefully. As for the winner, glory awaits. 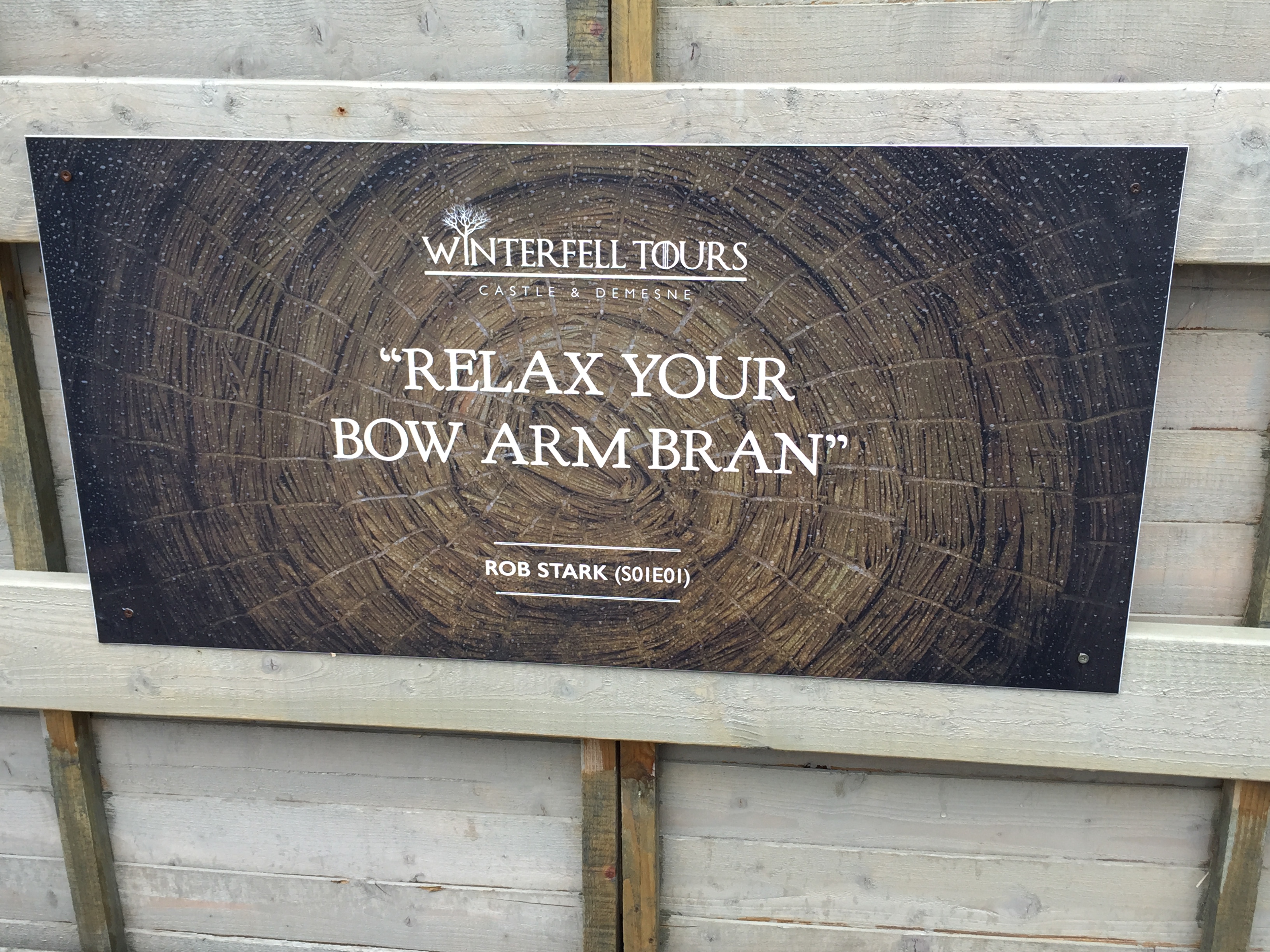 "When dead men come hunting in the night, do you think it matters who sits the Iron Throne?"

Ok, we think you're worthy of a place on the Iron Throne. Just don't go crazy like the Mad King or become a tyrant like Joffrey!

Oh yes, you're able to sit on the most powerful seat in Westeros and rule the Seven Kingdoms.

Will you last longer than King Tommen? Hell, Ser Pounce would have a longer reign than him! 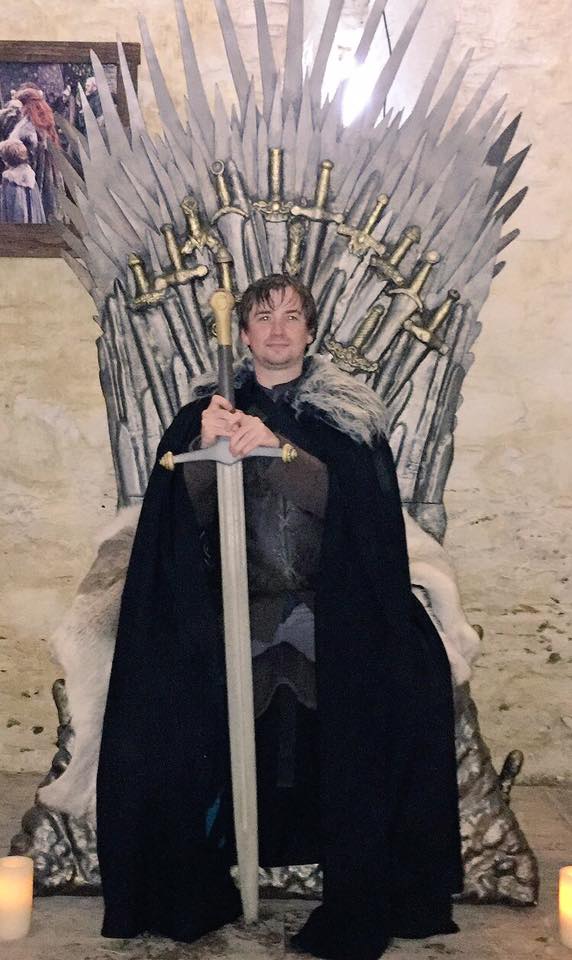 Much like the Starks as they left Winterfell for King's Landing, it's time to explore some other areas in the Seven Kingdoms. After a quick stopover at the beautiful Slieve Donard Hotel, it's time to go hunt some White Walkers.

The picturesque and beautiful Tullymore Forest is where the army of the undead first terrorised the Night's Watch in the very first scene.

Remember that Night's Watch soldier that discovered the pit of bodies that were massacred, mutilated and re-arranged? Well, you can shiver at the power of the White Walkers also.

A quick cycle through this picturesque forest is an absolute delight because you can also see where the Stark family discover their Direwolves and experience what it's like to be Bran as he learns from the Three-Eyed Raven. 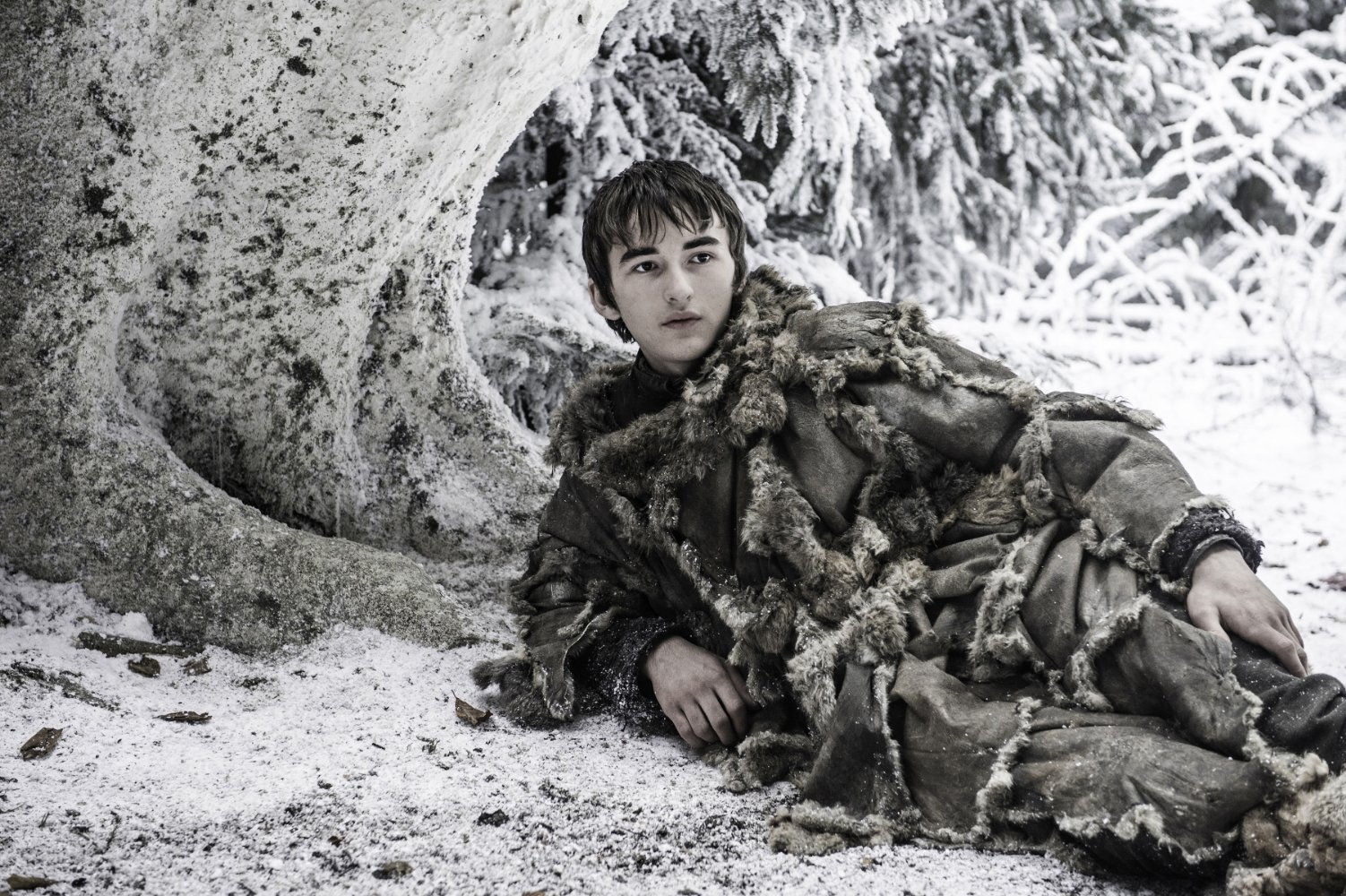 Truth be told, Northern Ireland is the home of Game Of Thrones - take a look at this app that details every location that's used in the show - and like you (I assume), I'm a massive fan of the show. After visiting the locations, my overriding feeling was joy mixed with a tiny sense of anger. I was angry at myself for not seeing them sooner because they're breathtaking and essential for any Game of Thrones fan.

This is just a tiny example of what's in store - Tourism Northern Ireland also won an award for their 'The Door' campaign - but with so much on offer, there's plenty for Game of Thrones fans to experience.