The exploits of Dirty Sanchez will probably be lost on anyone under the age of 25, but plenty of people of a certain generation will remember them well.

To be fair, what made them famous was pretty hard to forget.

END_OF_DOCUMENT_TOKEN_TO_BE_REPLACED

A group of three Welshmen and one Englishman, Dirty Sanchez came along in the wake of the phenomenal success of Jackass, but they made their American counterparts look like choir boys in comparison by taking their mild schoolboy pranks to new and depraved levels.

They’ve been off the radar for a number of years at this stage, but two of the original quartet, Matthew Pritchard and Lee Dainton, are coming to Dublin in November for a Q and A with fans, which will include some never-before-seen footage from the Sanchez archives. 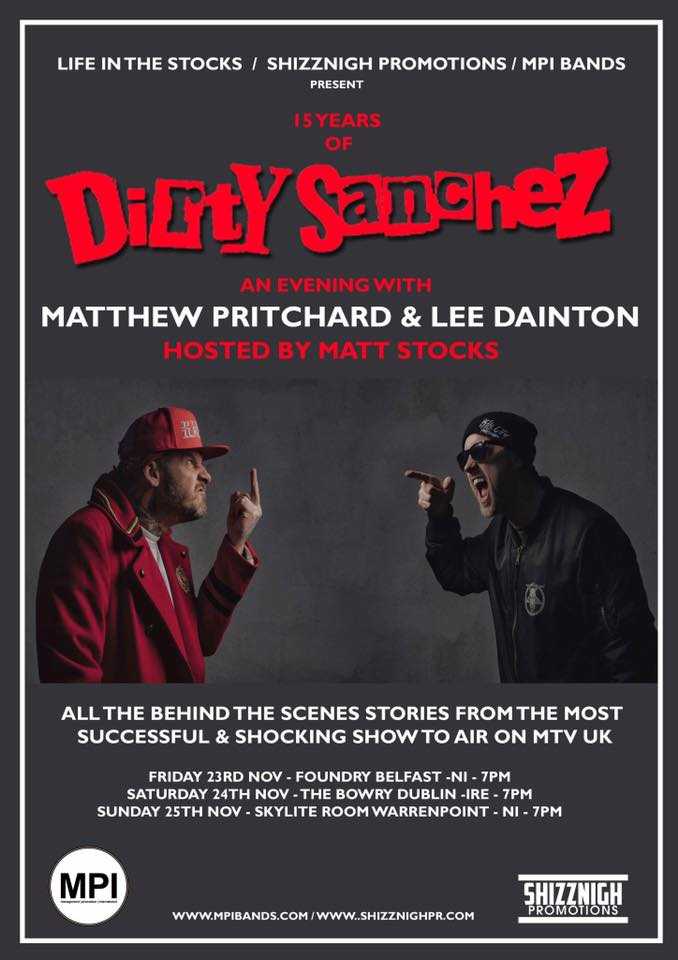 END_OF_DOCUMENT_TOKEN_TO_BE_REPLACED

Plenty of TV viewers, even die-hard Jackass enthusiasts, found Dirty Sanchez’s exploits a little difficult to stomach, but the show amassed a sizeable following in the mid-2000s and tickets for their show in Dublin in November will likely be in high demand.

15 years on from the original series, Pritchard and Dainton will be sharing all the behind the scenes secrets and stories from the most successful and shocking show on air on MTV: sex, drugs, blood, piss, snot, cuts, breaks, bruises, enemas, stunts, skateboarding and chaos... expect the lot.

The show will take place in The Bowery in Rathmines in Dublin on 24 November.

Tickets costing €20 plus service charge, including a meet and greet with Pritchard & Dainton and a picture with the pair on the night, are on sale now on The Bowery website.