But don't worry, the show is still on its way.

We are living in the era of the reboot, and it doesn't look like it's going to slow down any time soon.

Popular movies and TV shows are being remade left, right and center, and one of those TV shows is Lizzie McGuire.

We went into a bit of a nostalgia overload when the news was announced that a reboot would be coming to new streaming service Disney+, but sadly there has been a bit of a setback.

Creator of the original series Terri Minsky is stepping aside as showrunner of the series, as the show attempts to move in a different creative direction.

A Disney spokesperson issued a statement to The Hollywood Reporter, saying: "Fans have a sentimental attachment to Lizzie McGuire and high expectations for a new series. After filming two episodes, we concluded that we need to move in a different creative direction and are putting a new lens on the show." 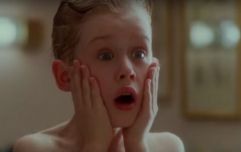 END_OF_DOCUMENT_TOKEN_TO_BE_REPLACED

The original Lizzie McGuire ran from 2001 to 2004 on Disney Channel and starred Hilary Duff as a teenager, but the reboot looks set to follow the same character as she makes her way through adulthood.

Disney+ is coming to Ireland on 31 March.


popular
Here are Ireland’s favourite takeaways, as per the National Takeaway Awards
"Totally unacceptable." Final year students at WIT hit out after extra module added to final semester
Seven leaders announced for RTÉ's multi-party debate
TG4 to air a documentary on Ireland's homeless crisis this evening
A LEGO version of the International Space Station is being released
Met Éireann forecasts risk of sleet and possibly snow in parts of Ireland this weekend
Eddie Rocket’s are giving away free kids meals this Friday
You may also like
2 months ago
Disney+ to fix Simpsons formatting after viewers complain about missing jokes
2 months ago
Disney+ adds disclaimer about "outdated cultural depictions" in a number of classic movies
2 months ago
Hocus Pocus fans rejoice! The sequel is now officially in development
4 months ago
Disney's new streaming service will premiere episodes once a week instead of all at once
5 months ago
WATCH: Disney release short trailer for new streaming service
9 months ago
No less than SIX of the Avengers are getting their own spin-off TV shows
Next Page