Making A Murderer: The explosive and NSFW telephone call that implicates a new killer

The rawest moment in Part Two.

Given the severity of the Teresa Halbach murder case - a point that the filmmakers of Making A Murderer were keen to stress - it's obvious that emotions and passions will run high.

While audiences are riveted by the constant barrage of conspiracy theories, allegations of corruption, and various cover-ups, there's an undeniable fact that remains: many people's lives have been damaged by this.

END_OF_DOCUMENT_TOKEN_TO_BE_REPLACED

For Teresa Halbach's family and friends, the pain of losing a loved one is hard to bear and to compound matters, there remains question marks surrounding her murder. A murder that the world is now being reacquainted with.

For Steven Avery, he has spent almost 30 years of his life in prison - 18 of those followed a wrongful conviction of sexual assault and attempted murder in 1985.

On April 25, 2007, Brendan Dassey, 29, was sentenced to life in prison, with the earliest possibility of parole in 2048, after the courts judged that he was party to first-degree murder, mutilation of a corpse, and second-degree sexual assault.

Making A Murderer isn't solely a piece of entertainment. We're dealing with people's lives and these lives have been damaged.

END_OF_DOCUMENT_TOKEN_TO_BE_REPLACED

On this note, if you haven't followed the real life case - or if you're still catching up on events via the documentary - consider this to be a spoiler alert warning because Kathleen Zellner, Avery's lawyer, has implicated new suspects in Teresa Halbach's murder. 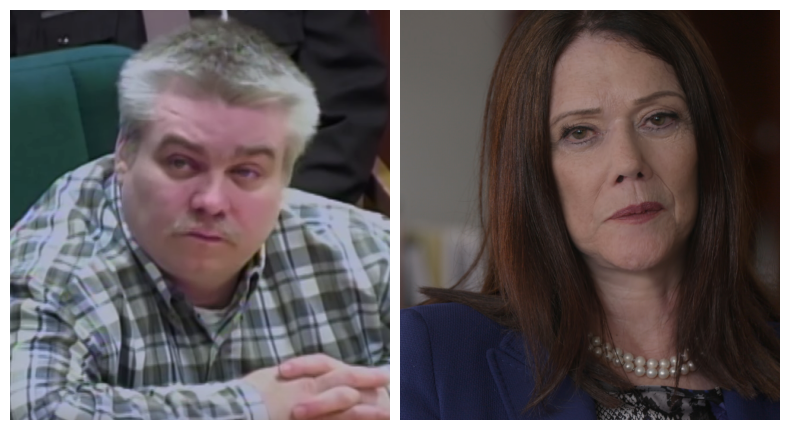 As stated previously, Zellner filed a 599-page filing to the Wisconsin Circuit Court which included a request for them to consider fresh evidence in her client’s latest appeal.

Zellner claims that a CD-rom with data from the Dassey family computer supports the argument that Bobby Dassey, older brother to Brendan, lied in court. The CD-rom also contains data which showed violent pornographic images, mutilated female corpses, and other macabre search terms. 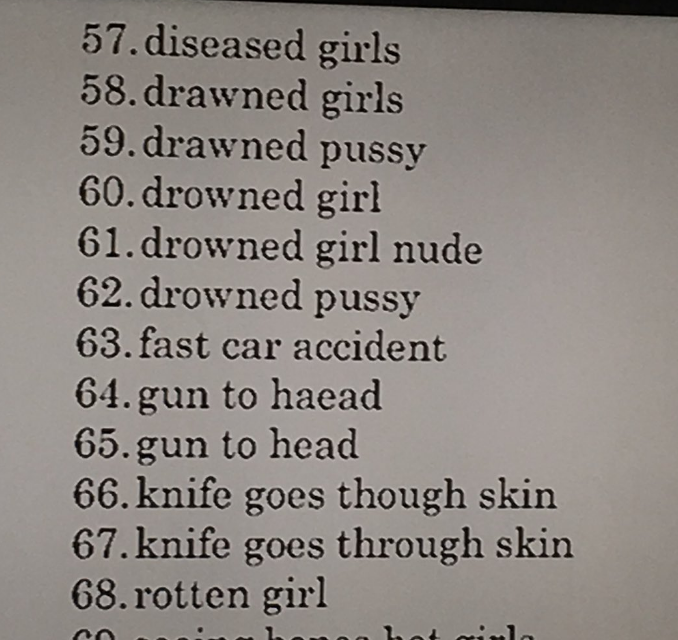 END_OF_DOCUMENT_TOKEN_TO_BE_REPLACED

At the time of the trial, Bobby Dassey was never suspected by law enforcement in the 2005 crime.

During the trial, Bobby Dassey told prosecutors that he had seen Halbach arrive, take photos of Tadych's van (she was trying to list it for sale), and walk towards Avery's house.

Here's the transcript of what unfolded - which we saw in the final episode of Making A Murderer: Part Two - and a clip of the telephone conversation in full that implicates Bobby Dassey and Scott Tadych. 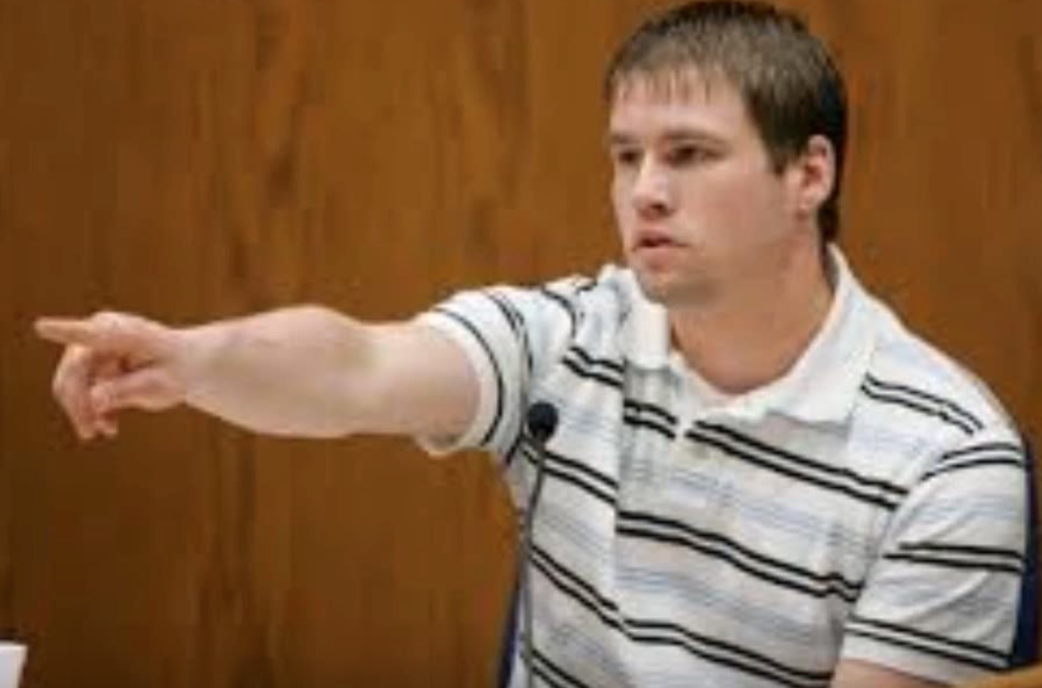 Barb: What the fuck is going on?

Barb: Yeah! Why is she starting up with Scott and Bobby again?

Steven: Well, it’s going wherever the evidence is going.

Barb: So, she’s going to take down my fucking family again?

Steven: If that’s where the lead is gonna go then I don’t know?

Barb: It fucking better not because you’ll have a dead sister.

Barb: HE DIDN’T DO IT EITHER! Christ, Steven. I was fucking with him!

Steven: Well, you weren’t with him all day.

Barb: I was with him from 5 O’Clock on. Plus he was in the hospital with his mother for most of the day.

Steven: I don’t know about that either.

Barb: So, you’re actually thinking that Scott did this?

Barb: Well, neither did he and neither did Bobby. So, she better get it out of her fucking mind because I called that bitch today.

Steven: Well, she wasn’t in.

Barb: I know she wasn’t in. We give her fucking information and this is what she turns around and does!

Steven: She has been doing this for quite a while already.

Barb: He’s (Scott) got two kids (Bobby Dassey and Brendan Dassey) that he has to worry about now.

Steven: Why is all that shit on the computer?

Barb: There was nothing on my fucking computer. I didn’t even have Internet back then.

Steven: Yes you did.

Steven: All I know is that it’s on the computer and the only time that it was on, was when Bobby was there alone. He says she left.

At this point, Scott Tadych begins to interject on the conversation.

Steven: Well, he didn’t testify for that. I just want to get down to the truth and see who did it.

Barb: Well, so do I. But you should know fucking better that it wouldn’t be my fucking kids (Bobby Dassey and Brendan Dassey), or Scott.

Scott (overheard): Let me talk to him. I want that motherfucker to answer some fucking questions. Fuck Steven Avery! He is a piece of shit, he has been all his fucking life. He’s a cock sucking loser. The only evidence they have is against him and he’s trying to asp for air by blaming it on somebody else. He’s a fucking loser. I wasn’t even on that property that fucking day…you goddamn idiot. That’s how fucking intelligent you are! You want to get out and do something stupid again? Ya dumb fuck! I can’t wait until you get out and kick your fucking ass!

Steven: I ain’t scared of him.

Steven: And you ruined mine.

Scott: That fucker is all for him and nobody else.

BARB: SHUT UP! (directed to both men) 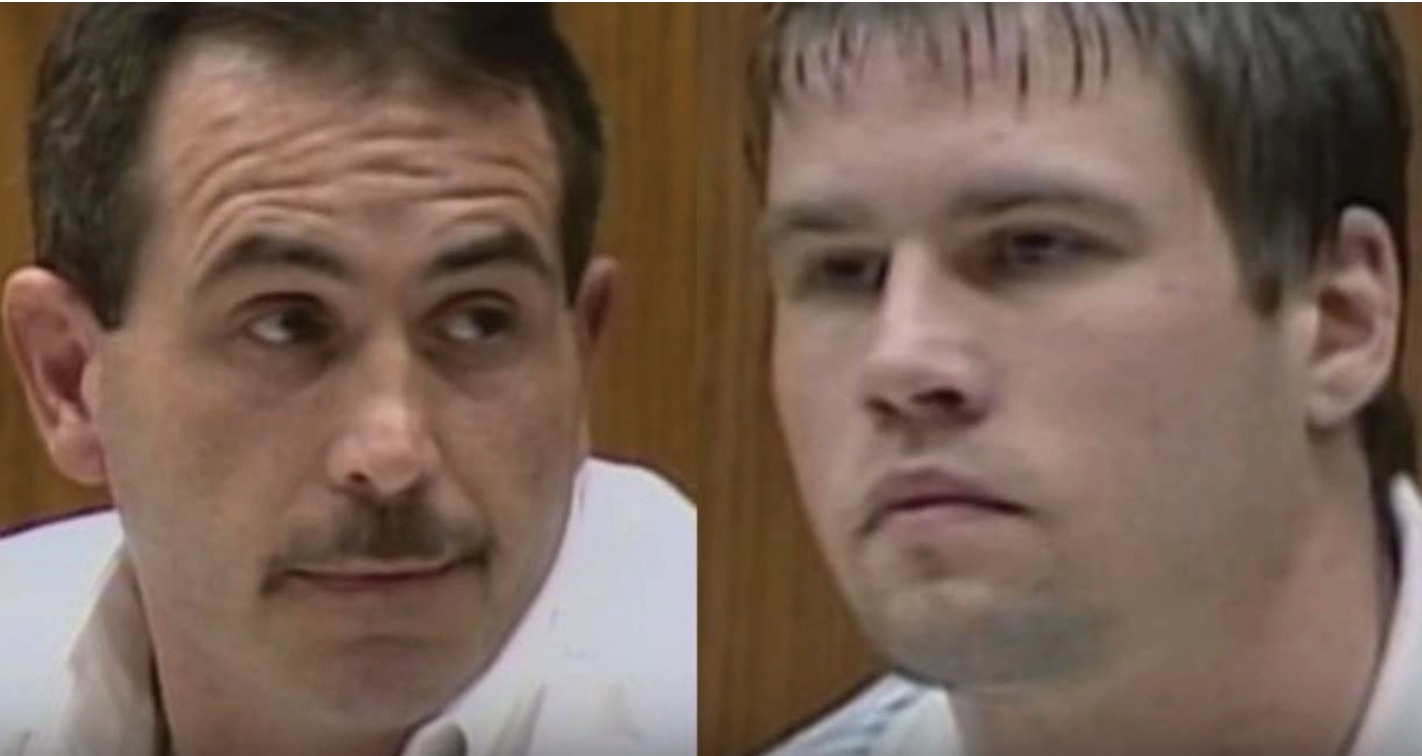 Scott: I hate him!

Barb: This needs to stop.

Steven: It’s not going to stop until it’s over.

Barb: Like I said, you will end up with a dead sister (her) because I can’t take this shit no more.

Steven: Well, shut the computer off then. (presumably in reference to the various media reports, stories and interviews online)

Barb: The computer isn’t even on!

Steven: Shut everything iff, you don’t need a phone. Just go to work.

Barb: I got to go, Brendan is calling me.

In a November 2017 interview with special investigators that's shown in Part 2, Bobby Dassey stuck by what he said in his testimony.

"Everything I told was true. I had, I have no reason to lie," he said. "I'm at to the point where, you know, Zellner can blame me all she wants. Deep down inside, I know I didn't do it ... that's the only way I can keep going on every day, is 'cause I know I didn't do it." He then added that "It sucks that people are trying to pin it on me ... the one thing I want is for my name to be cleared," said Bobby Dassey.

Here's the call in full.

popular
The JOE Friday Pub Quiz: Week 307
Record for hottest August day in Ireland ever has now been broken
Anne Heche dies one week after car crash, aged 53
An exciting Irish crime thriller is among the movies on TV tonight
WATCH: Flight makes scary 'lowest ever landing' at Greek airport, narrowly avoiding plane spotters
A great underseen action thriller is among the movies on TV tonight
Shooting stars set to light up Ireland's skies this weekend
You may also like
2 days ago
WATCH: House of Hammer details the alleged crimes of award-winning actor Armie Hammer
2 days ago
Prime Video has just added 25 very big movies to its library
3 days ago
5 must-watch shows and movies streaming on NOW in August
4 days ago
Two long-thought-dead Marvel projects appear to be in the works
1 week ago
This new true-life disaster show is being called one of the grimmest, bleakest shows ever made
1 week ago
All the new releases coming to Netflix, Prime Video, Disney+ and cinemas in August
Next Page