FEATURE: Steven Van Zandt on Bruce Springsteen, going solo and the ending to The Sopranos

There’s a giddiness in Steven Van Zandt’s voice when he responds to a question about the ending to The Sopranos.

It’s not something Van Zandt, who played Silvio Dante in his first television role, gets asked about so often nowadays. As one of the most divisive and controversial finales in the history of television, it hasn’t exactly gone away either.

In case you’re not a fan of the show or need your memory refreshed, the show never provided a definitive conclusion regarding the fate of Tony Soprano in a final scene that was positively dripping with suspense and, as it turns out, prompted a massive revival for the 1980s hit, ‘Don’t Stop Believing’ by Journey.

END_OF_DOCUMENT_TOKEN_TO_BE_REPLACED

A few years’ back, Vanity Fair gathered the cast and crew of The Sopranos together for an oral history of the show and when the finale came up, Van Zandt decided to indulge in a bit of mischief.

“There was an article on it (the ending), I think in Vanity Fair, a few years' back, they went and interviewed all of the actors and directors and everybody associated with The Sopranos about it,” Van Zandt tells JOE.

END_OF_DOCUMENT_TOKEN_TO_BE_REPLACED

“And they were all very, very interested and I said, 'Are you ready? This is actually what happened at the end… the director yelled 'cut' and the actors went home’. (Laughs)

“People tend to forget, this is just a TV show, folks.”

Mischief aside, Van Zandt is incredibly proud of his role in a series that – this might be hard to believe and will immediately make you feel old – finished up a decade ago. Monday, June 19, 2013, marked the fourth anniversary of the death of the star of the show, James Gandolfini.

Though he was a well-known musician at the time, Van Zandt had no acting experience when he was called on by The Sopranos creator, David Chase, to audition for the show back in 1999.

He originally auditioned for the role of Tony himself, but eventually landed the part of Silvio, the owner of Bada Bing strip club and one of the most level-headed members of the extended Soprano crime family. 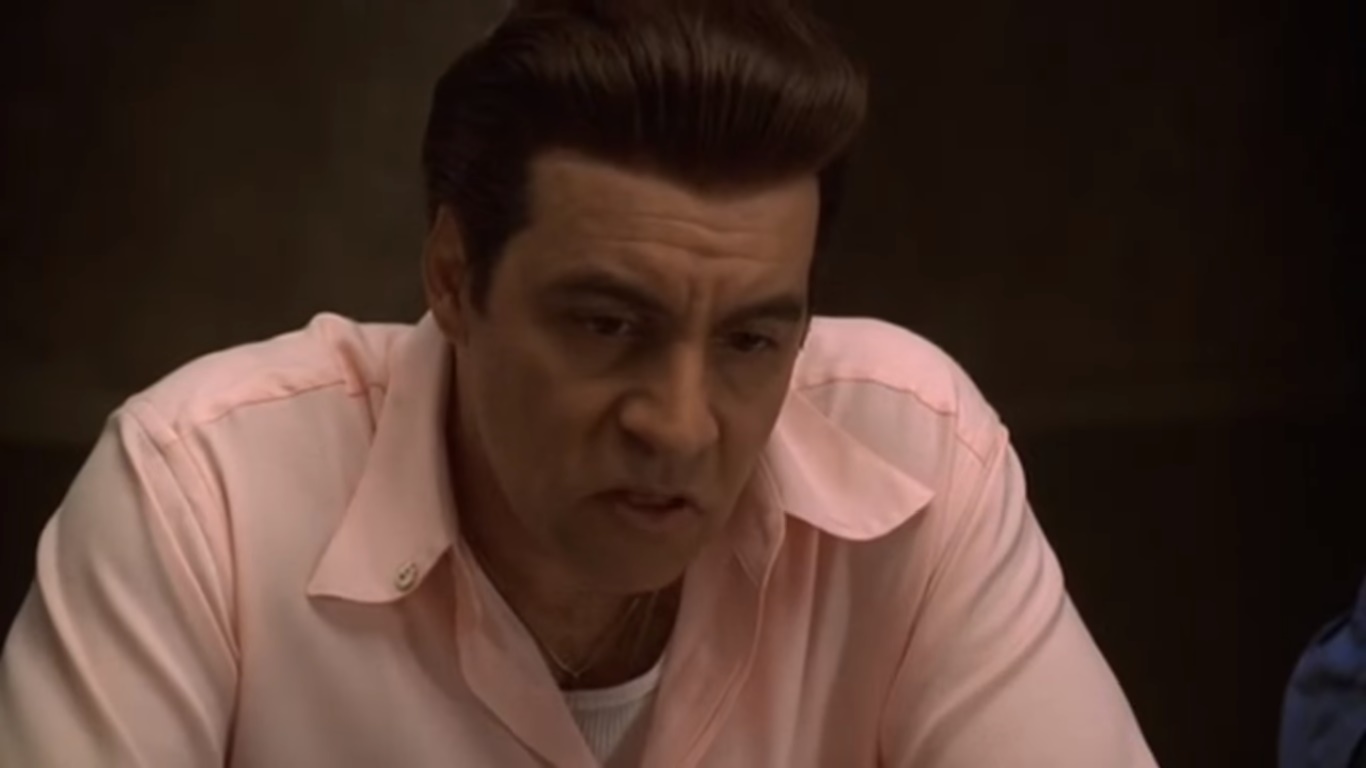 END_OF_DOCUMENT_TOKEN_TO_BE_REPLACED

Van Zandt has yet to watch the series over again, but it’s something that will always have a place in his heart.

“I've never gone back and watched the whole thing – which I would like to do – but I remember it fondly and, of course, everything I learned there I used on (Netflix series) Lilyhammer,” Van Zandt says.

“It (The Sopranos) was a wonderful, wonderful experience. It was such a gift to be given, a whole new craft to learn at that stage of the game.

“I was really quite moved by David Chase's faith, you know, he had the faith in me to do it and I really appreciate that and you know, you don't want to let people down when they have faith in you, it happens so rarely.

“I think I rose to the occasion and ended up making him proud.”

Van Zandt is looking to get another TV project off the ground – “I have five different show ideas and we'll see what people like” – but music is what is occupying his pretty busy schedule at the moment.

Like his long-time bandmate Bruce Springsteen, Van Zandt has seemingly remarkable energy for a man in his mid-60s and has used his time off from touring with the E Street Band to focus on his own group, Little Steven and the Disciples of Soul.

Originally formed in the 1980s, Van Zandt reformed the band this year after a suggestion from a friend and the 15-piece outfit is currently in the middle of a European tour that included a stop in Dublin’s Vicar Street on Thursday night.

Had it been his intention to return to a solo career, even during his stints on TV or with the E Street Band?

“No, I really didn't have any plans for it, honestly,” Van Zandt says.

“I got into acting and did The Sopranos and Lilyhammer and Bruce put the E Street Band back together and we've been touring ever since. So, you know, before you know it, 20 years went by, I don't know how. 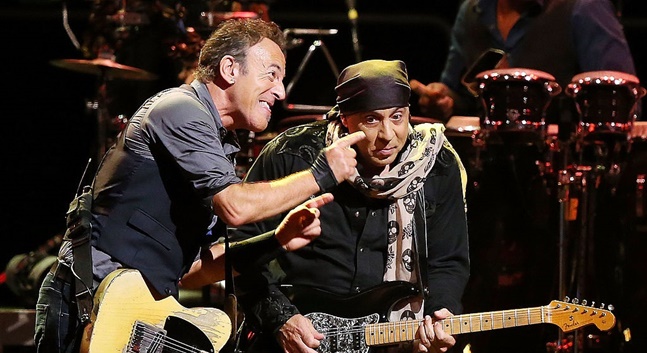 “But this year, a friend from London, Leo Green, suggested I put a band together and come play his Blues Festival and, doing that for the fun of it, we revisited my old music and we put together about 20 songs and it really, really felt good.

“It was really quite a revelation to me how the songs had held up very well and through the years had somehow become their own genre because it's so unique.”

Van Zandt doesn’t use the term ‘unique’ lightly either.

He describes the sound of Little Steven and the Disciples of Soul as “a combination of soul music and rock music that I first started putting together when I was a member of Southside Johnny and the Asbury Jukes”.

The 15-piece band that music fans throughout Europe will see will also include cover songs from artists such as Etta James, James Brown and Enrico Morricone and sprinklings from genres such as jazz, doo-wop and blues that are all on the band’s latest album, Soulfire.

“I obviously hadn't written an album in over 20 years so I decided to pick the songs that I had written for other people that mean the most to me and to use the opportunity to reintroduce myself, so I put on some things I've never done on an album, like cover songs,” says Van Zandt.

“There's quite a lot of different things that I've never really done on an album as a way of saying 'this is where I come from, this is who I am' and you know, it's a sort of an introduction to people who've never heard of me as a solo artist and a reintroduction to those who followed my first five albums.”

Talk of performing in Dublin inevitably begs the question whether Van Zandt will be returning to Ireland with The Boss himself and the E Street Band anytime soon.

Bruce Springsteen is not only guaranteed massive audiences and public adoration when performing in Ireland, but significant riches too; the two Croke Park gigs in May of 2016 were amongst the most lucrative of any in the world in that year, generating in excess of €17 million between them.

The Boss has the final word on when he’ll next be coming to Ireland, but Van Zandt seems confident that he’ll return by 2019 at the latest; by the sounds of things it’ll be sooner rather than later because they love us as much as we love them.

“Well we haven't talked about it, I know Bruce has decided to take the rest of the year off as far as the E Street band goes, that I know for sure, but we haven't really talked yet about 2018,” Van Zandt says. 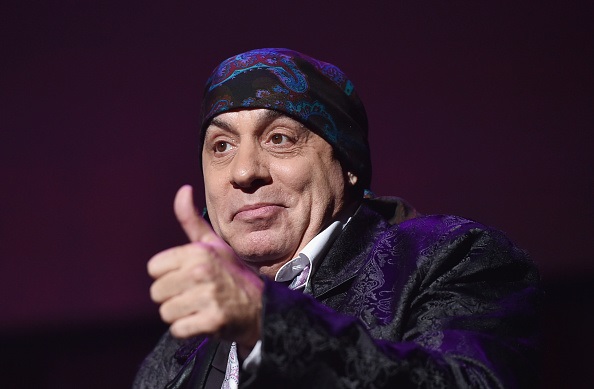 “We'll be back with one band or the other and we'll be back on a regular basis because the Irish fans are some of the greatest in the world. We're very much looking forward to it.”

For more information on Little Steven and the Disciples of Soul and their European tour, check out the band's website.

popular
Belgium becomes first nation to introduce compulsory monkeypox quarantine
An underrated Robert De Niro comedy is among the movies on TV tonight
Two men arrested during attempted burglary in Dublin
Tory MP facing drink spiking claims as one fellow politician woke up to find 'nipples being licked'
Met Éireann issue warning for potato blight this week
Coleen Rooney 'confident she's won' Wagatha Christie trial against Rebekah Vardy, according to reports
You may also like
4 days ago
Derry Girls fans in bits following emotional season finale
5 days ago
Full update revealed on all future Star Wars movies and shows
6 days ago
Amazon Prime Video has just added 21 big movies to its library
6 days ago
The new version of The Time Traveler's Wife is going to give you all of the feels
1 week ago
One of Liam Neeson's best ever performances is among the movies on TV tonight
1 week ago
Where will 2023's Eurovision be held if Ukraine can't host?
Next Page