Bruce Springsteen could return to Ireland as early as next summer

The Boss could be coming back.

Bruce Springsteen could return to perform in Ireland as early as next summer, according to Steven Van Zandt, a guitarist with the E Street Band.

Speaking to JOE ahead of his performance with his own band, Little Steven and the Disciples of Soul, in Dublin’s Vicar Street this week, Van Zandt, a long-term member of the E Street Band, suggested that a return to Ireland could be on the cards as early as next year.

END_OF_DOCUMENT_TOKEN_TO_BE_REPLACED

While Van Zandt said that it would be The Boss himself that would determine if and when he embarks on another world tour with the E Street Band, he appeared confident of a return to Ireland by 2019 at the latest.

Asked if he sees himself returning to Ireland with Springsteen in the near future, Van Zandt replied: “Well we haven't talked about it, I know Bruce has decided to take the rest of the year off as far as the E Street band goes, that I know for sure, but we haven't really talked yet about 2018. 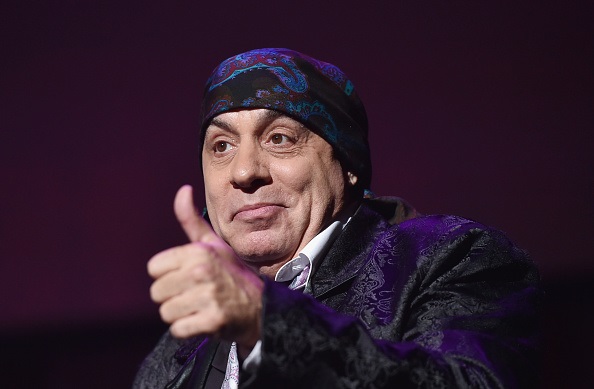 END_OF_DOCUMENT_TOKEN_TO_BE_REPLACED

Springsteen performed two sold-out gigs in Dublin’s Croke Park during The River Tour in 2016, concerts that raked in well over €17 million between them.

The Boss has always commanded massive audiences during his many visits to Ireland over the years and it would be no different were he to return here either next year or the year after that.

Van Zandt is certainly looking forward to performing once again in front of Irish music fans, whom he described as “some of the greatest in the world”.

END_OF_DOCUMENT_TOKEN_TO_BE_REPLACED

Keep an eye out for a more in-depth interview with Van Zandt, in which he talks about Disciples of Soul, his plans for more TV work and his role in arguably the greatest TV show ever made, The Sopranos, a little later this week.

popular
Two cases of new Covid variant confirmed in Ireland
Belgium becomes first nation to introduce compulsory monkeypox quarantine
QUIZ: If you get 15/15 in this General Knowledge quiz, give yourself a pat on the back
Coleen Rooney 'confident she's won' Wagatha Christie trial against Rebekah Vardy, according to reports
Met Éireann issue warning for potato blight this week
The JOE Movie Quiz: Week 155
The JOE Friday Pub Quiz: Week 295
You may also like
1 week ago
The six Eurovision countries with "irregular voting patterns" have been revealed
1 week ago
Eurovision producers reveal "irregular voting patterns" during Saturday night's final
2 weeks ago
U2 perform in Kyiv metro station following invite from President Zelensky
1 month ago
QUIZ: Can you match the one-hit wonder to the artist?
1 month ago
One of the best music documentaries ever made has just been added to Netflix
2 months ago
WATCH: Last Week Tonight explains why concert tickets have become so expensive
Next Page