Love Island UK is receiving a lot of attention recently as the show enters its third week of broadcasting on ITV2/3e.

While we're not sure we understand the grá for the show, it's clear that it has a huge following both in Ireland and the UK. 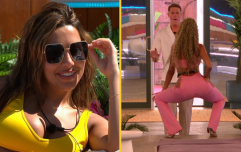 END_OF_DOCUMENT_TOKEN_TO_BE_REPLACED

105,100 people watched the first episode on 3e this year and that figure rose even further to just under 150,000 when all those who recorded the show or watched it later were added to the numbers.

But down under, Love Island Australia is all the rage and, randomly enough, is presented by Ireland's Eoghan McDermott.

However, Love Island Australia didn't exactly live up to its name recently when there was a coming together between two of the guys on the show, Eden Dally and Grant Crapp, following the eviction of two other contestants. 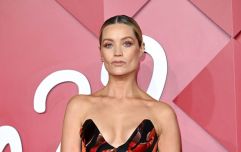 END_OF_DOCUMENT_TOKEN_TO_BE_REPLACED

Fighting is against the rules on Love Island, but we imagine that the show's creators will allow a certain amount of posturing as long as things don't escalate into all-out violence.

We discussed yesterday how the infamous Love Island debate about Brexit may actually be accurate and Hayley from Liverpool may be playing us all for fools.

You can read more about that here.

popular
Here is a list of every Bank Holiday in Ireland in 2023
QUIZ: Guess the movie from the movie poster
Nicola Bulley's phone found by the river 'could be a decoy', diving expert suggests
Woman dies from hypothermia after telling doctor she 'couldn't afford heating'
5 years ago, Hollywood took a massive gamble on a huge sequel... and lost big time
One of the best crime thrillers ever is among the movies on TV tonight
The Last Of Us Episode Five will premiere days earlier in Ireland and UK
You may also like
2 weeks ago
Love Island's Haris reportedly dumped from villa after street brawl video
2 weeks ago
ITV is launching a 'Love Island' for the older generation
3 weeks ago
"Hopefully it was a catalyst to get lads talking" - Greg O'Shea on Late Late Show appearance
4 weeks ago
The 2023 Love Island cast has been announced
2 months ago
Love Island 2023 details revealed ahead of January return
5 months ago
Here's the line-up for the first Late Late Show of a brand new season
Next Page