The Great War is here... so people are going to die. A lot of people.

Across the first six seasons of the show, in excess of 150,000 deaths have taken place, and in case you missed them, you can check out the video showing pretty much every single one of them right here.

With the new season about to kick off on July 17, already all eyes are on who they reckon is going to bite the proverbial but incredibly violent bullet first. 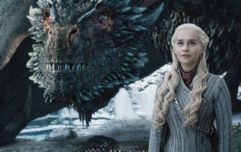 END_OF_DOCUMENT_TOKEN_TO_BE_REPLACED

Boylesports have also announced the overall odds for whom is likely to die within the next season.

If you're still playing catch-up though, maybe quit reading here, as you'll know who is still alive, and also who else has been up to stuff that will likely get them killed off ASAP.

Here is who they reckon will die first in Season 7:

And here is who they reckon will die across the entire season: 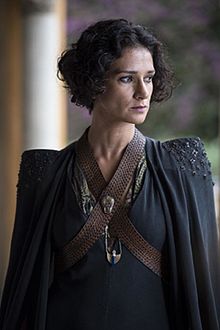 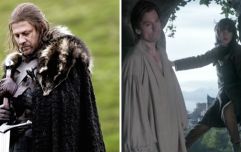 END_OF_DOCUMENT_TOKEN_TO_BE_REPLACED

Both Petyr Baelish (our own Aidan Gillen) and Ellaria Sand (Indira Varma) are pretty high up on both lists, but it can often be difficult to tell the difference between who we think will die next, and who we want to die next.

Remember how badly we wanted Ramsay Bolton to die, but year on year, he still just continued hanging around, doing evil stuff like his evil life evil depended on it.

Regardless, it looks like the Queen Of Dragons should be relatively safe.

And in case you need a little catch-up, here is our recap of the first six seasons of the show, in five minutes or less!

popular
Garda union hits out at "absolute confusion" over outdoor drinking and dining
Gardaí will use "discretion" over outdoor drinking at pubs and restaurants
The Queen appealing for volunteers to weed the garden of her Sandringham Estate
Matt Damon planning return trip to Ireland to travel around the country
QUIZ: Can you get full marks in this potentially very frustrating general knowledge quiz?
Man in his 60s killed following assault at home
The JOE Friday Pub Quiz: Week 248
You may also like
5 months ago
Game of Thrones star Sophie Turner takes swipe at anti-mask Covid sceptics
1 year ago
Game of Thrones isn't the best fantasy series ever, LOST is
1 year ago
QUIZ: How well do you remember the final season of Game of Thrones?
1 year ago
Legendary actor Max von Sydow has died, aged 90
1 year ago
WATCH: Peter Dinklage pays tribute to Northern Ireland in SAG acceptance speech
5 days ago
The full potential of Loki's powers have not yet been realised
Next Page