"A weekend by the lake, with views to die for." 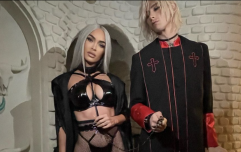 END_OF_DOCUMENT_TOKEN_TO_BE_REPLACED

Some horror movies are great because you want to watch them over and over again because they're so much fun. They're just brainless and entertaining and more like a ghost-train ride than anything you're likely to lose any sleep over.

And then there are the horror movies on the other end of the spectrum, the scary films that are so brilliantly traumatising that all you're left with are harrowing memories of knowing that the movie is great, but also wanting it to end so you can put on a few episodes of Rick & Morty so that you can maybe trick your brain into going to sleep happy. 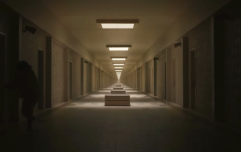 END_OF_DOCUMENT_TOKEN_TO_BE_REPLACED

Michael Fassbender and Kelly Reilly play a loving couple who go on a romantic weekend away together to an isolated lake, and while trying to enjoy some relaxing sun-bathing, they get disrupted by a group of loud youths.

When Fassbender heads over and asks the lads to turn the music down, their "leader" (played by a young Jack O'Connell) gives him the cold shoulder, but instead of leaving things there, everything quickly goes from bad to worse, and the couple find themselves suddenly fighting for their lives.

There is no other way to say it, Eden Lake is GRIM. 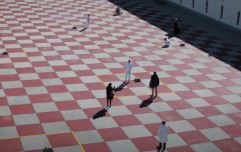 END_OF_DOCUMENT_TOKEN_TO_BE_REPLACED

It isn't a fun movie to watch, never giving you the catharsis you might be hoping for from a "fun" horror movie. Instead it pummels you into a constant anxiety attack, as the all-too-real scares pile on one after another until you're just desperate for the film to end.

A brilliant movie, but one to watch just the once, we reckon.

popular
Kirstie Alley: Cheers star dies aged 71
Amazon Prime Video has just added 38 very big movies to its library
The Banshees Of Inisherin is arriving on Disney+ sooner than you might expect
Mia Khalifa claims seaside town is better than Miami
Woman hit by rollercoaster is trapped in own body after finally awaking from coma
Simpsons writer has explanation for the show being able to predict so many major events
Dissection of a woman's body to be shown on Channel 4 tonight in TV first
You may also like
1 month ago
Conor McGregor slammed for Halloween photo of mum in 'black face'
1 month ago
Billie Eilish and older boyfriend slammed for "sick and twisted" Halloween costumes
2 months ago
Time to get scared – the full line-up for 2022's Horrorthon has been unleashed
2 months ago
Test your knowledge of all things spooky with this Halloween-inspired quiz
2 months ago
Here's the line-up for The Graham Norton Show as a new season kicks off
2 months ago
A horror icon and a heated rival lead the line-up for this week's Late Late Show
Next Page