Happy 35th birthday, Pixar! Here are your 5 best and 5 worst movies so far

Pixar (short for Pixel-Art, fact fans!) came into this world on 3 February, 1986, and since then, they have gifted the movie lovers of the world with no less than 23 feature-length movies (with three more due out across 2021 and 2022), 13 of which have been nominated for Best Animated Picture at the Oscars. Six of those actually took the trophy home.

But to celebrate the anniversary, we've decided to go through their library (all available on Disney+!), and picked out the best five and the worst five to date. 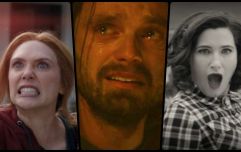 END_OF_DOCUMENT_TOKEN_TO_BE_REPLACED

The simple story of a nervous Dad trying to find his kidnapped son is made all the more compelling by (A) making them fish, embarking on an ocean wide trek, and (B) teaming the Dad up with the forgetful Dory, a short term amnesiac, voiced to perfection by Ellen DeGeneres.

A movie that needs to be shown to every single child as a way to teach them the importance of emotional health, this ingenious dive into the mind of a teenage girl is equal parts hilarious and heartbreaking, and remains the high IQ (and EQ) benchmark for Pixar.

For the most part, this is practically a silent movie, with a little robot doing his best to clean up a completely deserted, trash-filled Earth, until one day he happens across another robot, and he promptly falls in love.

So painfully cute, it needs a new word to describe it properly.

END_OF_DOCUMENT_TOKEN_TO_BE_REPLACED

You might think a tale about a rat becoming a chef in a fancy French restaurant sounds a bit low brow, but it actually focuses more on the importance of doing what you love, following your life's passions, and the importance of criticism, which doesn't always have to be a bad thing. Plus, yes, lots of scenes involving a rat and cooking.

Yes, okay, we're cheating here (and it won't be the first time on this list), but you try to tell us that you can separate the arc of the Toy Story trilogy, from that first introduction, to the arrival in a new home in part three.

If you can go through these movies without crying your eyes out, then you're a heartless robot monster and we can't be friends with you.

The most recent outing from Pixar has landed on this list, and while it is by no means a bad movie, it does feel like their least adventurous, which is ironic since it is literally about a pair of brothers heading off an epic quest to... find their dead Dad's upper half?

It is a very odd movie, to be fair, which is why it is even odder than it is actually so forgettable.

Pixar's second ever movie seemed great at the time, but time has not since been as kind. Can you even remember what the plot of this movie is? Something to do with a nerdy ant who wants to help the Queen stop giving their hard earned food to bully ants? And Kevin Spacey is a voice in it? Yeah, pass.

Again, this is by no means a bad movie, but the plot - a princess accidentally turns her mother into a bear - is very basic, and while it is absolutely gorgeous to look at, and has one of the more interesting voice casts in Pixar's catalogue, it also very much slots into the forgettable category.

In an alternative history where the extinction-causing asteroid missed Earth, an advanced dinosaur takes a lone human cub as a pet, but realises he needs to bring him back to his own kind. It is definitely the most kid-friendly Pixar movie to date, while the visuals and storytelling just aren't up to their usually impeccable standard.

Much like Toy Story, we can't separate these, because otherwise three-fifths of this worst of list would just be Cars movies.

The first one wasn't actually too bad (although a plot about learning to slow down at middle age... who was that for??), but the sequels were BAD, particularly that super-spy second one. This feels like the only time when the potential for merchandising was more important than the movie itself.

All clips via Walt Disney Pictures

The Big Reviewski || JOE · TBR Spotlight: The Falcon and the Winter Soldier Episode Four - 'The Whole World is Watching'
popular
Beware of the very clever WhatsApp hack that is locking Irish users out of their accounts
"Deep concern" as burning car abandoned on train track in Northern Ireland
Motor insurance costs set to fall from June after changes to payout guidelines
Reeling in the Years was watched by over half a million people last night
The 50 most iconic songs of all time* have been revealed
Why John Corbett probably isn't Jo Davidson's mystery relative in Line of Duty
Thunder Force review: somebody needs to stop letting Melissa McCarthy's husband make movies
You may also like
18 hours ago
John Stamos and the cast of Big Shot reveal their favourite high school movies and shows
22 hours ago
Line of Duty fans think they've worked out who Jo Davidson's mystery relative is
1 day ago
Reeling in the Years: How the 2010s are different to any other decade
2 days ago
The JOE Movie Quiz: Week 97
2 days ago
20 of the best animated movies you can watch at home right now
3 days ago
The Falcon and the Winter Soldier is on the precipice of dealing with an incredibly sensitive topic
Next Page