Jeremy Renner is back, baby!

After the incredible, unprecedented runaway success of his music career, some of us worried that Jeremy Renner might hang up his bow and arrow set for good.

As we all know, Hawkeye isn't just the most popular member of the Avengers, he's easily the most interesting, charismatic and important one. This isn't even up for debate. It's simply a cold, hard fact.

END_OF_DOCUMENT_TOKEN_TO_BE_REPLACED

And so it is that we welcome the first official in-motion look at his very own Disney+ spin-off series.

Set to debut in November, Hawkeye centres around our beloved Clint Barton as he gets to grips with new super-archer in town Kate Bishop, as played by Hailee Steinfeld. Cue some buddy cop-style comedy as explosive hijinks ensue.

Throw in a Christmas setting beyond the song throughout the trailer alongside plenty of one-liners and the tone feels very much like Shane Black, bringing a more carefree Lethal Weapon to mind. Then you have the whole 'fighting bad guys at Christmas' thing, adding a mild Die Hard flavour to the mix.

Speaking of the festive season, the poster goes all-in: 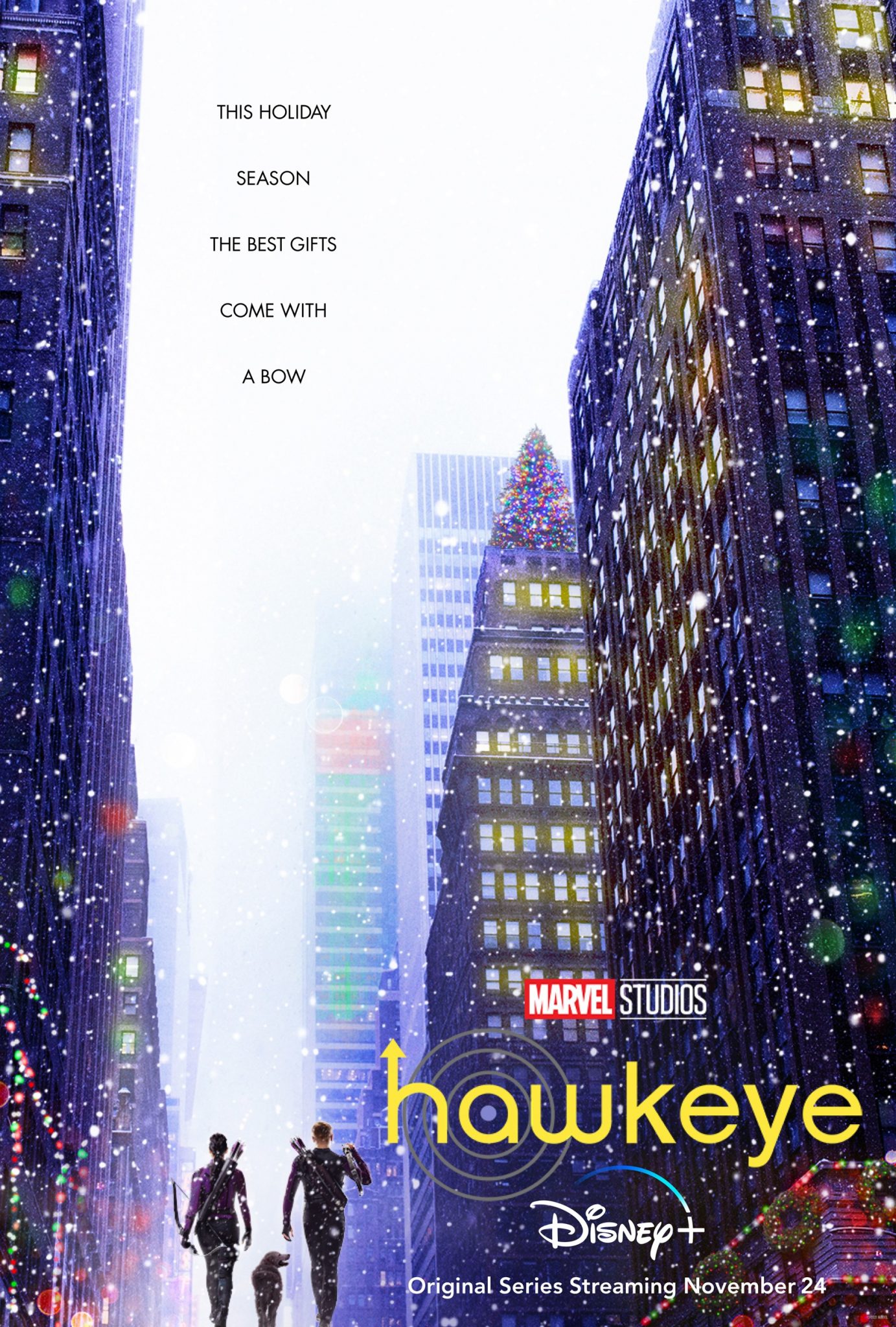 END_OF_DOCUMENT_TOKEN_TO_BE_REPLACED

Little is known in terms of the overall plot but Florence Pugh is listed amongst the cast, which makes sense following the post-credits sequence of Black Widow in which Pugh's character was seemingly tasked with the assassination of Hawkeye.

Check out the action-packed trailer below.

popular
QUIZ: Test your knowledge with this Ultimate Friends Character Quiz
House Of The Dragon is already better than Game Of Thrones
The 50 most iconic songs of all time* have been revealed
Amazon Prime Video has just added 20 very big movies to its library
Netflix has dropped the trailer for their latest thriller from the creator of The Haunting of Hill House
Fine Gael Councillor slams attendees of cost of living crisis protests
One of cinema's greatest flops is among the movies on TV tonight
You may also like
1 day ago
QUIZ: How well do you know your horror movie scream queens?
2 days ago
A brilliantly scary horror movie is among the movies on TV tonight
2 days ago
2022's sexiest show is finally available to watch in Ireland
2 days ago
WATCH: Oscar winner Steven Price weighs in on #ReleaseTheAyerCut for Suicide Squad
2 days ago
The 6 must-watch brand-new arrivals coming to Disney+ in October
2 days ago
QUIZ: How well do you remember Avatar?
Next Page