The new Liam Gallagher documentary is released this week and Oasis fans will love it.

Even the most casual Oasis fan will know the connection that the Gallagher brothers have to Ireland and with Liam Gallagher: As It Was, the new documentary about Liam Gallagher, set to be released this week, fans of the singer are in for a treat.

In Mat Whitecross' superb documentary Supersonic, it's arguable that the most emotionally-charged scene occurred in Dublin following Oasis' iconic gig at The Point.

END_OF_DOCUMENT_TOKEN_TO_BE_REPLACED

After returning to their hotel lobby for a triumphant drink, Liam and Noel's estranged father showed up with a journalist in tow, hoping to make a quick buck and provoke his two sons into making the front pages for the wrong reasons.

Despite all the fights and insults, Noel intervenes by taking a visibly angry and hurt Liam aside.

In that one moment, you see a more protective and comforting side to Noel as he shields his little brother from the man that left their family all those years ago.

If Supersonic charted the rise and rise of Oasis, Liam: As It Was chronicles the fall and rise of Liam.

In many ways, the new documentary from Gavin Fitzgerald and Charlie Lightening is the spiritual sequel to Supersonic - JOE's full review of it will be published later this week - but the influence that Ireland plays in Liam's burgeoning solo career is immeasurable.

Without giving away too many spoilers, the new documentary picks up with the demise of Oasis and Beady Eye.

Grieving for the bands he lost, unsure of his future for the first time in over two decades, and going through a rough divorce, we meet Liam Gallagher at one of the lowest points in his life. 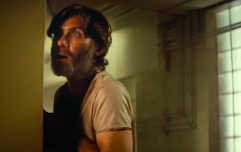 END_OF_DOCUMENT_TOKEN_TO_BE_REPLACED

Without being too voyeuristic, it's captivating because music fans have traditionally only had one image of the Oasis singer.

Liam has always been a man with more charisma, bravado and balls than any other performer on the planet but this is a different Liam we're seeing.

Granted, he's still good company and can toss out a one-liner with aplomb, but it's unusual to see him this scarred and vulnerable.

He's hurting, unsure of himself, and drinking to forget his problems.

After spending a few idle months at home writing new songs, a trip to Charlestown, Mayo proved to be a huge turning point in his career. 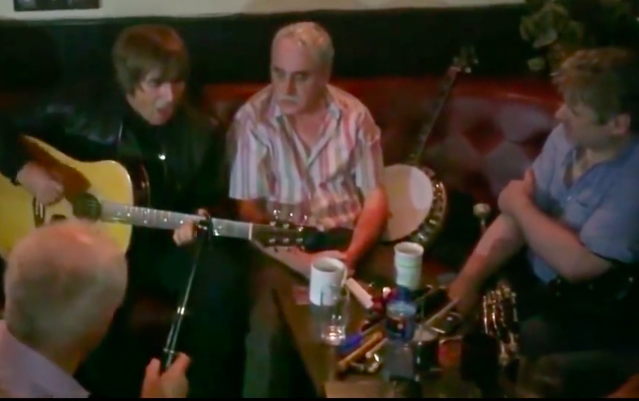 END_OF_DOCUMENT_TOKEN_TO_BE_REPLACED

Prior to the trip, Debbie Gwyther, Liam's girlfriend and manager, said that the singer got so low that he was about to chuck it all in.

"As much as Liam said at the time 'I want to live abroad, live a quiet life,' I knew that even if he did that, it would be temporary. He would never be happy unless he was singing and performing. Whenever he was off guard, he would pick up a guitar, or he would be singing. He starts playing a few chords, sees what comes out and takes it from there. He then records it on his phone and most people only hear it when he has had a drink, basically."

Singing to 80,000 people as the frontman of Oasis came easy, performing his own material when everyone else was willing to write it off is something different entirely.

Well, after "30 pints of Guinness" at J.J. Finans pub in Mayo, Liam started to sing.

"We were driving through the town and I go 'would you look at that lovely pub," said Liam.

"I call my mam and go 'ah Mam, I'll be there (home) in a bit, don't worry. I'm just having a Guinness' and you know what it's like. There's no such thing as just having one. Before I know it, I'm about 30 Guinness' in. Then someone gets the guitar out and before you know it, you're thinking that you can fucking play it!"

"We'd been out all day for about eight hours and that's a long time to be drinking Guinness. You can tell which way it's gonna go! Someone gives him a guitar and the rest is history. He sings his song 'Bold,' someone records it and it went viral around the world."

In the documentary, J.J Finan, the pub landlord, gives his account of the singalong and he said that everyone in the pub stopped what they were doing because they wanted to record Liam playing with the local musicians.

There was definitely something brewing and you can see the footage here.

In terms of how this moment fits in with the documentary, co-director Gavin Fitzgerald told JOE that this was one of the key moments because Liam was beginning to establish his credentials as a solo artist.

In many ways, Liam overcame his own insecurities and doubts about his talents as a solo artist and songwriter.

"I'd seen that clip before and I'm not sure how much Liam even realised that it was a turning point in his life," says Gavin Fitzgerald, co-director of Liam Gallagher: As It Was.

"I'd seen it go viral and I thought that it would make a great scene, so we retold that in the documentary but it's funny, you never know where these moments can come from. It just happened to be a driving moment in his career which sort of sparked his solo career."

Despite the instant recognition and interest in his ability as a songwriter/solo artist, Fitzgerald says that Liam is still reluctant to be labelled as an artist and that he still has doubts about the creative process.

"Liam sort of has this defence mechanism that's up against being labelled an artist. I think, in a way, he almost doubts his creativity. Even now with the new album, he still probably doubts his songwriting ability and thinks that other people are better. I get that. Like, everybody that's creative has doubts  but the songs that he does write - even the ones in Oasis - are not the type of melodies that you would expect from Liam. They're actually more tender and I hope that he continues to write because he is really good at it," said Fitzgerald.

After the clip from J.J. Finans went viral, it became clear that people around the world were beginning to embrace Liam's solo material, however, the singer still wasn't sure of his credentials.

To allay any fears, Liam turned to the guitarist of Oasis, Paul "Bonehead" Arthurs.

"He was sending me finished songs - you know, just songs that he was recording on his phone - and one of them was 'Bold.' When he asked me what I thought, it wasn't like him saying 'fucking get your ears around this. It's going to blow your fucking head off...COME ON!' There was none of that attitude, it was a bit more humble. Liam said to me 'what do you think? Do you think it's alright? I was like 'Do I think it's alright? It's fucking massive, mate, yeah", said Bonehead.

With a renewed sense of self confidence as a solo artist, Liam contacted Phil Christie at Warner Brothers Records who felt that it was the best material that he had done in the last decade.

Shortly after, Gallagher was signed to a record label and the rest is history.

As You Were x.

The Big Reviewski || JOE · Mortal Kombat director Simon McQuoid and new Sub-Zero star Joe Taslim on fatalities and fight scenes
popular
Kate O'Connell lays into Fine Gael in explosive Claire Byrne interview
Penneys shopping by appointment booking portal is now live
Brawl erupts between Floyd Mayweather and Jake Paul at press conference
Sunday Independent terminates columnist's contract after discovering fake Twitter account
Status yellow rain warning issued for Cork and Waterford ahead of miserable-looking weekend
Sudocrem to close Dublin plant and move production to Bulgaria
"You're both to blame." Pearse Doherty tears into Fianna Fáil and Fine Gael over housing crisis
You may also like
23 hours ago
Netflix's new thriller Awake puts us in a world where people can no longer sleep
23 hours ago
New RTÉ series to celebrate The Commitments, The Snapper and The Van 30 years on
1 day ago
Marvel and Disney announced schedule change for upcoming Loki show
1 day ago
Line of Duty creator responds to fan backlash after finale outrage
2 days ago
Benedetta is undoubtedly going to be the most controversial movie of 2021
2 days ago
WATCH: BBC's new show Vigil will fill that Line Of Duty-shaped hole in your life
Next Page