Time to nerd out a little bit...

We would think that by this point you would know not to continue reading if you haven't seen Avengers: Infinity War yet and don't want the ending ruined for you, in which case we recommend you check out our spoiler-free review, but just in case...

We've covered a lot of the angles of Avengers: Infinity War since the movie was released, including but not limited to our breakdown of the ending and what it means for the sequel, our in-depth look into what that post-credits scene meant, and how it stacks up against the best MCU movies to date.

However, the more we think about it, the more one of the movie's smallest - but also one of the movie's weirdest - scenes seems increasingly likely to play a major part not just in the direct sequel to Infinity War, but also some of the other upcoming entries in the Marvel Cinematic Universe.

So, if you remember, Thanos has just got the final Infinity Stone in his big gauntlet, Thor has chucked his hammer-axe into his chest, but Thanos tells him "You should've aimed for the head", before clicking his fingers. 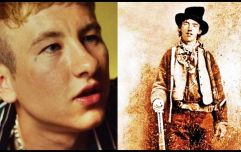 END_OF_DOCUMENT_TOKEN_TO_BE_REPLACED

We know that the six stones all supply Thanos different supplies - the Power stone, Mind stone, and Time stone are all pretty self explanatory - and we know the Space stone allows him to teleport, and the Reality stone allows him to, well, change pretty much everything around.

However, the abilities tied to the Soul Stone are still not known, and it was this stone that Thanos hurled Gamora off a cliff to get.

In the comics (which the movies are not exactly treating like a bible, but still...), the Soul Stone allows the user to control the souls of everyone, living and dead, and is also a way to teleport to an idyllic universe.

Now, back to Thanos and his finger-click, and he is immediately transported away from his axe-filled chest and blood-filled Wakanda battleground, to a very weird scene, with ankle-high water and a single arch, under which we see Gamora, but as a child.

Young Gamora asks "Is it done?", and Thanos replies yes, it is. Gamora's expression isn't 100% clear, some people read into it as pride, others as resignation, others a snide smile as if she knows something we don't...

And Thanos is back to the battlefield, and we see the Infinity Gauntlet is busted, his arm is badly scarred, and he used the Space Stone to teleport away, and later we see him getting his wish of living a simple, quiet life, enjoying the sunset.

Okay, so what does any of that mean? Well, that is where we begin theorising...

Who was one of the few Avengers we didn't see wade into the battle? Ant-Man, but he and The Wasp will be headlining their own movie when it is released in cinemas this July. 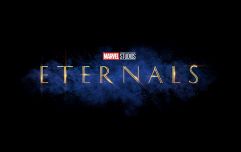 END_OF_DOCUMENT_TOKEN_TO_BE_REPLACED

We already know that movie will deal with Scott Lang (Paul Rudd) and Hope van Dynn (Evangeline Lilly), as well as her further Hank Pym (Michael Douglas) attempting to finally find a way to get into the quantum realm to save her mother Janet Pym (Michelle Pfeiffer), who was been lost there for decades.

Now, this might be us putting two and two together and getting five, but cracking the code that allows people to travel into quantum realms... sounds like something that could also be used to travel to whatever realm Gamora is currently being held in by the Soul stone.

With Thanos disintegrating 50% of the entire universe's population, including half of all of the Avengers, the sequel should see a few who sat it out this time being pulled into the fight. The directors, The Russo Brothers, have already said that Hawkeye was purposefully left out because they have a long-game plan for him, and we already know that Captain Marvel is set to arrive too, and now we've got Ant-Man and The Wasp learning a new ability that could potentially pull Gamora back from the brink.

And if they retrieve her, then Thanos loses the Soul stone, which means he loses the the united power of Gauntlet, which means all they need to do is get it off him and use the Time Stone to undo his mega-genocide.

Although, in the comic books, once the glove is taken from him, Nebula (Karen Gillen) immediately picks it up and goes a bit power mad. And if you recall, Nebula did survive his finger-click, which doesn't spell good news for whomever does survive the next one.

Again, we'll know for certain when the currently-untitled-Infinity-War-sequel is released in cinemas in April 2019.


popular
The JOE Friday Pub Quiz: Week 198
QUIZ: Name the country for each of these non-capital cities
Weather warnings issued for nine counties ahead of the weekend
QUIZ: Can you name all the countries in the world beginning with the letter 'P'?
QUIZ: Can you get top marks in this tricky logo quiz?
Fianna Fáil gets off on the wrong foot, especially with their own crybabies
Gardaí will conduct "nationwide checks" of pubs
You may also like
3 months ago
Black Widow is the latest blockbuster to be moved over coronavirus pandemic
3 months ago
Christian Bale joins MCU as villain in Thor: Love and Thunder
5 months ago
Christian Bale in talks to join the already insanely stacked cast of Thor: Love & Thunder
6 months ago
Disney need to start letting their gay characters be gay
6 months ago
Disney becomes first studio in history to pass $10 billion at worldwide box office
6 months ago
Marvel show put on hold as entire writing staff is fired
Next Page